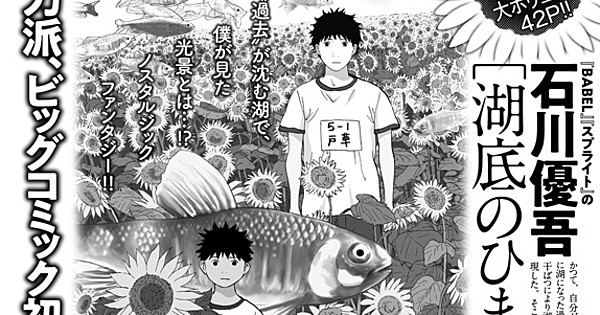 This year’s 17th issue of Shogakukan‘s Big Comic magazine revealed on Thursday that Yugo Ishikawa will launch a new manga titled Kotei no Himawari (Sunflowers on the Lakebed) in the magazine’s next issue on September 9. The manga will have a color opening page, and its first chapter will have 42 pages. 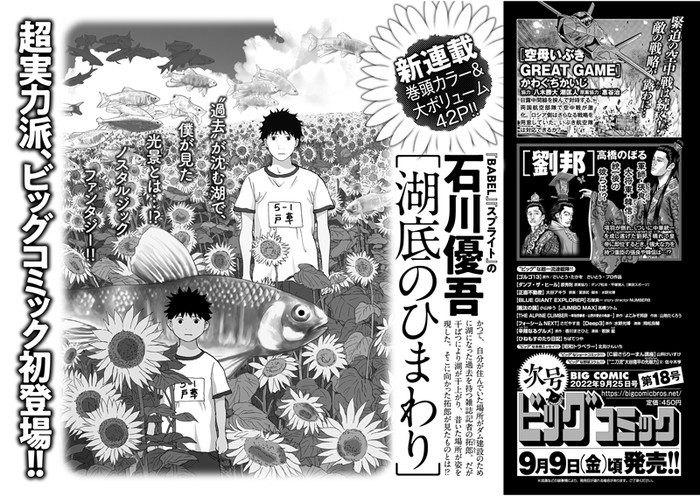 The manga centers on a magazine journalist named Takurō. A place that Takurō used to live in was flooded and became a lake due to a dam being constructed nearby. However, an extended drought period dried up the lake, and Takurō heads to his old, recently-emerged home.

Ishikawa recently ended the Babel manga in August 2021. Ishikawa launched the manga in Shogakukan‘s Big Comic Superior in December 2017. The manga transferred to the digital version of the magazine exclusively in September 2019. Shogakukan published the manga’s 10th and final compiled book volume in October 2021.