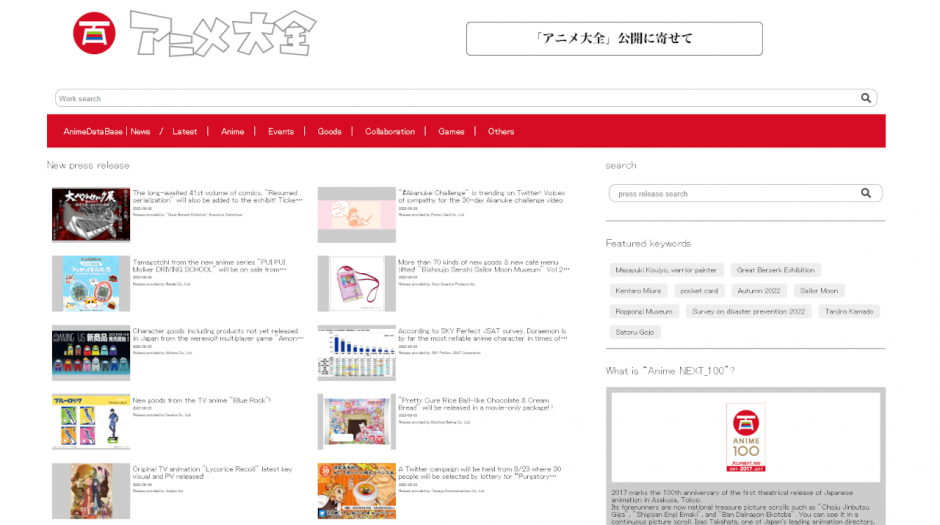 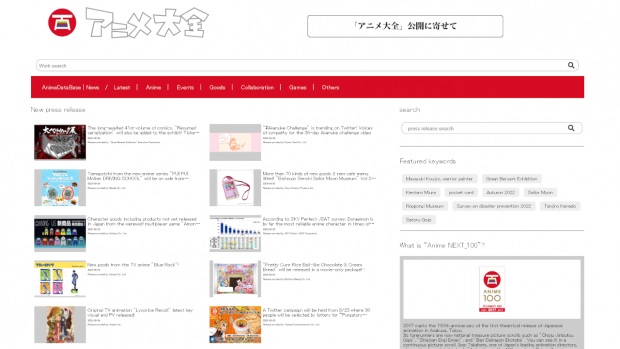 It’s a happy day for Anime fans!  The aptly named Anime Taizen (“Taizen” translates to “a book that collects all things related to the matter), the largest Japanese anime information database in the world, opened to the public yesterday, August 25, reports Crunchyroll.  The online archive contains approximately 15,000 titles, dating from 1917 to the present. Users can search chronologically, by name, key word, or Japanese syllabary to access info on roughly 180,000 episodes.

Anime celebrated its centennial in 2017, and to commemorate this 100 years of distinctive Japanese stylized animated storytelling, The Association of Japanese Animations (AJA) has been celebrating the anniversary through its “Anime NEXT 100” project.  As a major part of this initiative, the project soft launched Anime Taizen in October 2021 to work out the kinks before its release to the public.

The site was so wildly popular during yesterday’s debut that just an hour after launch, connectivity issues due to heavy traffic prompted Anime NEXT 100’s official Twitter account to post the comment, “Please give it some time and try again.”

Whitney is a freelance writer focusing on VFX-driven fantasy film & TV as well as preschool animation.