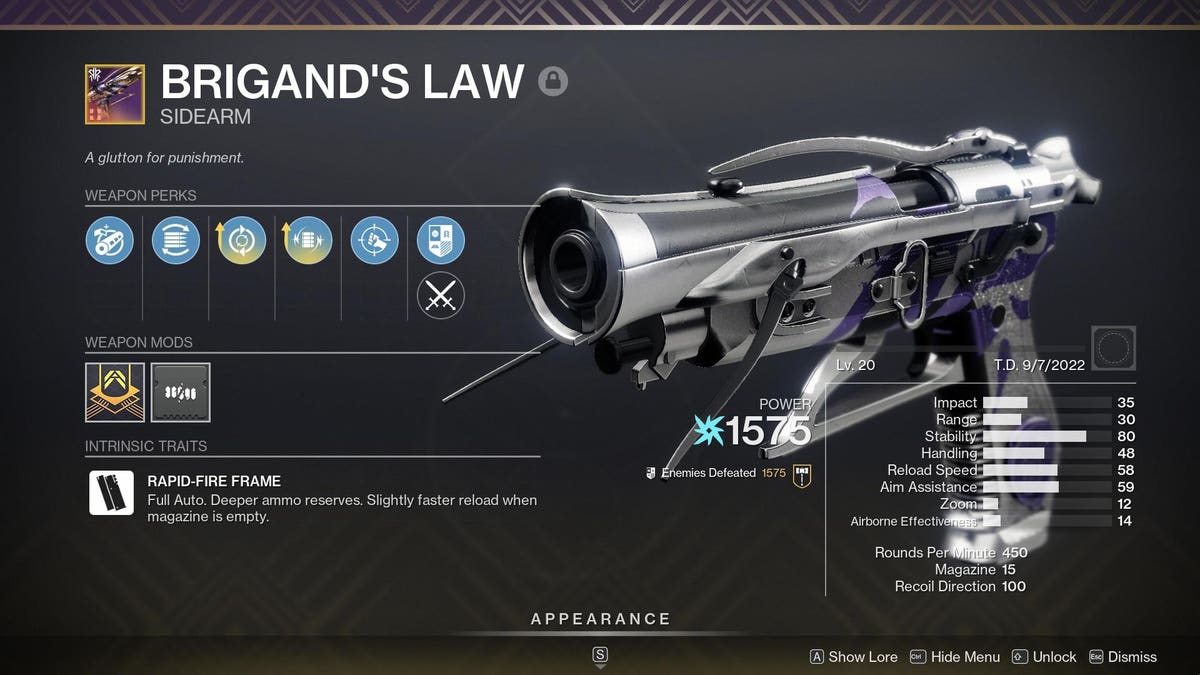 Another season of Destiny 2, more complaints about the seasonal crafting system, in that many players are finding themselves playing a whole lot of the game, but not getting nearly enough red border pattern weapons for crafting, in order to be able to make the guns of their choice. Season of Plunder, for many, seems like it’s going even worse than the last two seasons in this area, and there are indeed a lot of things working against the player.

Here’s why you aren’t getting red border pattern drops in Season of the Plunder, or at least, not the right ones:

There’s No Guaranteed Weekly Pattern – Season of the Haunted and Season of the Risen both had upgrades later in the season that would let you get at least one guaranteed pattern drop per week for a gun, meaning after five weeks, you’d be able to have a crafted version of a specific gun if your luck was bad. That is not an upgrade this season, even if you get to the final row of tiles.

There’s No Duplicate Protection – Many players have noticed their luck may be skewing toward one weapon over others, and there is no protection where you will “knock out” pattern drops you don’t have, as opposed to getting repeats. For example, there is an upgrade this season where your first Ketchcrash run will get you a red frame weapon pattern. But it may be one you already have, like how I got my ninth Sailspy linear fusion frame this week as opposed to say, my second Tarnished Mettle scout frame I need. There’s no protection here.

There’s No Bad Luck Protection – I’m not sure exactly what the odds are to get a red frame pattern is, but I think it’s something like between 10-20%. But there is no bad luck protection, meaning you can actually focus a few dozen copies of a weapon and still get zero frames. Bad luck protection does not exist within the crafting system, which can be frustrating if you’re on a bad run.

Focusing is Wildly Inefficient – Right now it’s four Expedition runs with charged-up maps to focus even a single copy of one weapon, given that you only get 3 Umbral Energy per run. So if it’s a 10% red frame drop rate, that would be 40 expeditions to focus a red frame, if you’re lucky. This will change this week as you can get a double umbral energy map, and the week after, umbral energy can start dropping from playlist activities, but for now, focusing is incredibly inefficient and I would not bother grinding it until it improves.

So, what can you do to improve your chances to get red frames? As someone with 4, nearly 5 of the 6 weapons completed, here’s my advice which I’ve shared before, other than just “play a lot.”

Do All Milestones – Each of these will reward a dedicated Plunder drop, whether that’s three Ketchcrashes, treasure collected in Expeditions or eight HELM bounties. And as you run the activities, leveling up the HELM vendor itself will get you more drops.

Weapon Treasure Map – This is not good for target farming, as it cycles through all six weapons in a row, but running this every time will at least get you more overall patterns more often.

Master Ketchcrash – This can reward you with three chests of Plunder gear per run, and with a decent team, may take close to the same amount of time as a normal Ketchcrash. You’ll also get Ascendant Alloy for crafting this way too.

Free Focusing – If you want a few different seasonal weapons crafted, spend half the umbral energy for now just free focusing once you’ve unlocked all six patterns, as it’s cheaper and will be half the effort for red frames. Also helpful if you’re just going for the “craft three weapons” seasonal triumph.

Season Pass – Deep into the season pass you will unlock upgrades where the MG and the sidearm can start to drop from playlist activities, and those can be red frames.

And again, I wouldn’t target focus until this week when at least you can get the double umbral energy map.

So yeah, it’s not a great system, and needs some changes. But that’s my advice for now.