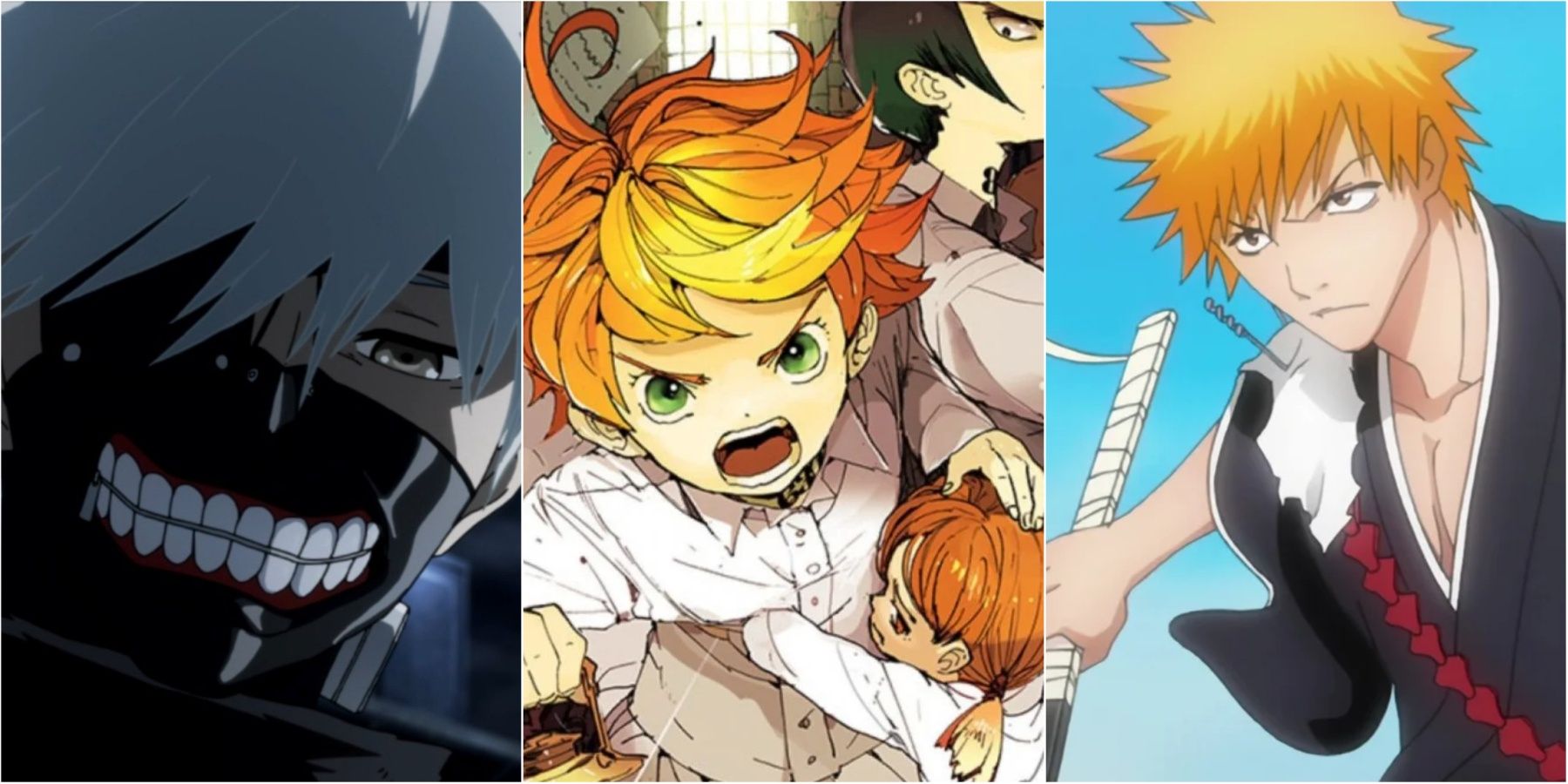 One of the most frustrating experiences as a fan of anime and manga is witnessing what can only be described as a bad adaptation. Naturally, these things are particularly subjective; however, from the subjectivity of most fans, especially veteran fans who have had the misfortune of experiencing this at various points in time, the biggest crime of anime adaptations is straying from source material when such material exists.

Titles that will come to mind are the Shounen giants Naruto and BLEACH; however, these suffered a different kind of adaptation curse. The worst ones are the ones that have stories that, again, from the subjectivity of many fans, are brilliant works of art that the anime adaptation simply does not reflect, nor retell. The anime adaptations of fan favorites like Tokyo Ghoul and The Promised Neverland had brilliant first seasons; however, something unfortunate happened in their sequel seasons: they strayed from the existing material in ways that were no longer reconcilable. Why does this happen?

RELATED: The Promised Neverland: Should Some Anime Stay at One Season

There are various aspects to the adaptation of manga that fans are generally not very aware of, particularly, the involvement of the original author of the IP. While some adaptations suffer due to the necessary invention of storylines and plot that does not mesh well with the pre-established rules of the franchise at hand, others suffer simply due to decisions made out of a desire for better business. Sometimes, these changes are made with the full involvement of the original author, and sometimes, the change was made by them personally. Tokyo Ghoul √A, otherwise known as Tokyo Ghoul Season 2 was such an adaptation.

Series author Ishida Sui desired to make the main character Kaneki’s goals clearer to the audience; however, in pursuit of that, Tokyo Ghoul’s intricate and well-woven story was heavily changed from its original trajectory, which only made things confusing. The biggest change was Kaneki’s decision to join Aogiri Tree, the main ghoul faction in the story and perhaps the series’ main antagonists, rather than form his own faction of strays which would go on to become a major threat not just to the Commission of Counter Ghoul (CCG), but to Aogiri Tree as well. This example is perhaps the decision of not just Studio Pierrot, but Ishida Sui himself to create separate iterations of the same story. As a result; however, the following season, Tokyo Ghoul: re (and its second season) had to make major adjustments to compensate for the storylines that were closed off from being explored as a result of such a pivotal change to the actions and motivations of the main character.

In the case of The Promised Neverland, a dual effort from author Kaiu Shirai and artist Posuka Demizu, the changes went beyond creating what can be described as an “alternate timeline”. Entire plot lines were erased, characters who were integral to the continuation of the story after the children’s escape from Grace Field House were simply never included, and the writing suffered horribly. The second season first attempted a faithful adaptation of the “Promised Forest” story arc, before going on an anime-only trajectory, retaining only core themes from the manga.

When certain parts of a story are removed from its canon, the overarching narrative and its objective gets lost in the creation of something new, where that which already existed would have been better than good enough. Ultimately, the second season of The Promised Neverland never adapted what is arguably the series’ most important part: the Goldy Pond arc, and what is most unfortunate about the failure of the second season is that, like Tokyo Ghoul long before it, this too was a collaborative effort between the original author and the production studio.

In the case of an older series like Deadman Wonderland, the decision to take a different path to the source material could be seen as a symptom of Studio Manglobe’s best quality: the creation of anime originals. However, there is also something sinister about the decision to remove certain characters, more specifically, a character from the LGBT community. There is also the strange ending which alludes to a main character’s true identity as the series’ overarching antagonist, but never goes any further.

There are huge issues in production that stem from constraints such as budget, but the biggest constraint is time. With most series’ having a length of 12 episodes, many titles never get beyond adapting the first couple of volumes of an established work, not to mention the fact that the decision is made to keep the length at a mere 12 episodes (or less) because the series is not expected to be popular. In such situations, attempting to cram various important aspects of the original work into an anime in order to get something that resembles the source material seems like a pragmatic approach to adaptation.

In the case of series that run out of material to adapt in the first place, the incentive for attempting to create anime-only storylines stems from the industry itself, particularly when it comes to the desire to retain certain programming blocks and viewership. This is what has come to be known as the infamous “filler episodes/arcs”, and while it is not quite the focus here, it illustrates the influence of factors that are beyond the scope of plot, story, or even the production studios themselves.

In the case of 2022 Winter romance anime Shikimori’s Not Just a Cutie, there was a decision to rehash various elements from the manga, rearrange them and tell a story that is more of an approximation towards, rather than a close adaptation of the work. This is evident in the vast differences in the series’ timeline, character relationships and the episodes themselves; which, unlike the manga which features short chapters that are mere glimpses into the already-blossomed romance between the main characters, makes particular events and narratives the full focus of an individual episode.

Such decisions were also made with the objective of turning the titular character into a cool yet adorable mascot, and as a result, the anime also heavily dramatized her day-to-day interactions and overemphasized her coolness beyond what is evident in author Keigo Maki’s original work. Adaptations are, at the end of the day, a different medium entirely, and is for this reason that some studios find it necessary to apply their own special touch.

Not all anime adaptations are based on manga. Some are based on various other kinds of media, such as books, light novels, video games and even music. As such, a faithful adaptation does not always constitute a 1:1 reproduction of an intellectual property’s core themes, values or aesthetics – sometimes, the point of the adaptation is to breathe new life into a certain concept, and see its execution from a different standpoint. Sometimes, ignoring the source material means going above and beyond to improve it on various levels. The Attack on Titan anime adaptation is lauded as being the ideal balance between faithfulness to the source material and artistic liberty, with the art and animation improving upon author Hajime Isayama’s art while retaining his talent for drawing shock, horror, and even motion. The anime’s music and atmosphere only augments the experience, and while it is not a 100% retelling of the manga, it comes very close, and the series is better for it.

Ultimately, the quality of adaptations exists on a shifting scale, and is not as clear-cut as simply retaining all the elements from an established work. There are various objectives and outcomes to adapting a work for TV anime, not to mention challenges that can affect how well something is received. The reasons for choosing to go in a different direction to what has already been established can vary and be affecting a certain anime project all at once. What fans may have to reckon with is the idea that adaptations may simply need to be treated as a separate entity from the source material, but the sheer volume of brilliant adaptations, particularly when it comes to Shounen anime, leaves fans wanting more from the adaptations of their favorite works. It is possible to stray and be great, after all.