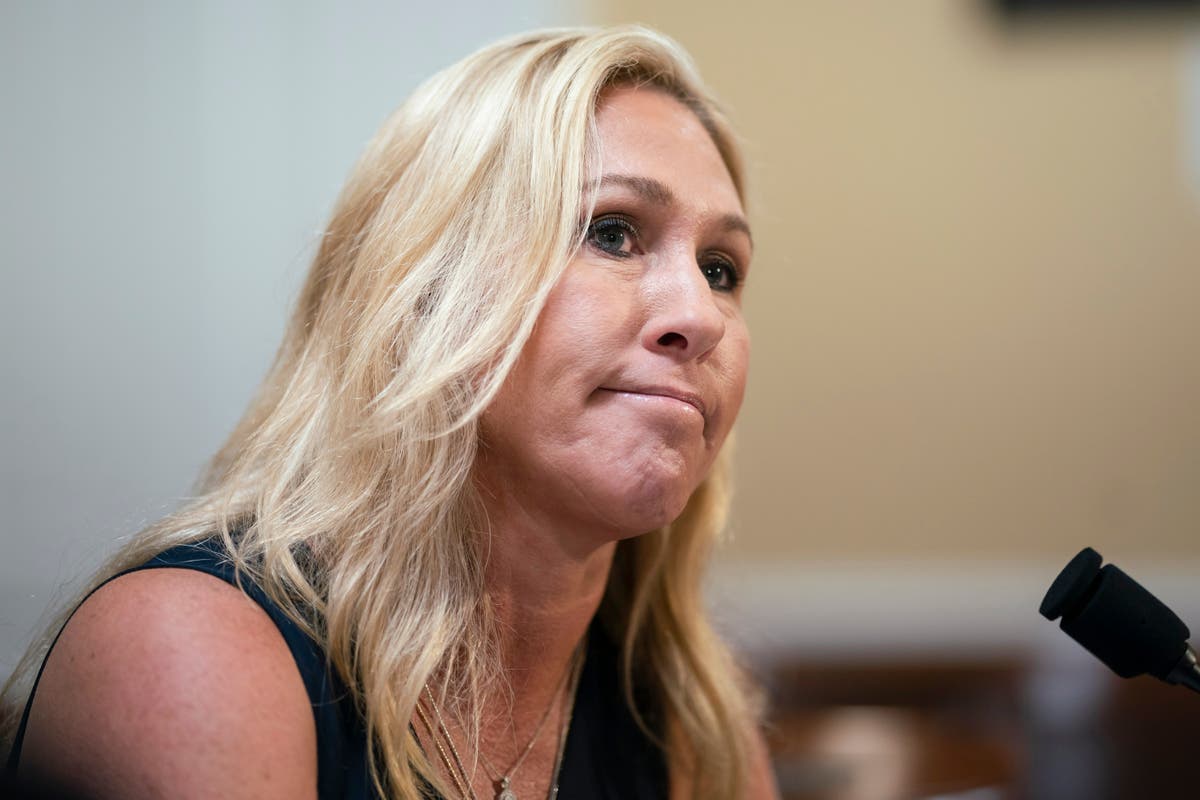 The White House called out congresswoman Marjorie Taylor Greene on Thursday, after the Georgia Republican criticised the Biden administration’s student loan debt plan as unfair despite getting more than $183,000 in federal loan forgiveness herself.

Ms Greene has been a vocal critic of the president’s plan to forgive up to $10,000 in federal student loan debt, dismissing it as an unfair policy and a partisan ploy because Democrats “need votes in November.”

“For our government just to say, well OK, your debt is completely forgiven, obviously they have an agenda for that,” she said in a recent appearance on Newsmax. “They need votes in November so the timing is pure coincidence there as well. It’s completely unfair.”

“Taxpayers all over the country, taxpayers that never took out a student loan, taxpayers that pay their bills and maybe even never went to college, just hard-working people, they shouldn’t have to pay off the great big student loan debt for some college student that piled up massive debt going to some Ivy League school,” she added.

On Thursday, the White House noted in a tweet that Ms Greene herself received $183,504 in federal loan forgiveness as part of the pandemic-inspired Paycheck Protection Program, which she used for funds for her construction company, according to public records.

White House communications director Kate Bedingfield added to the online pile-on against Ms Greene, posting a cheeky GIF of a student walking down a hallway tossing their papers in the air.

“We’ve scoured the White House Twitter feed and can’t seem to find a tweet condemning the acts of political terrorism committed against Congresswoman Greene this week,” a spokesperson for Ms Greene’s office told The Independent, a likely reference to bogus SWAT calls directed against the Georgia legislator in recent weeks. “It’s a shame that Joe Biden and his spokesmen in the media continue to make MTG a target simply because she is outspoken against Democrat policies.”

Ms Greene wasn’t the only one the White House singled out for seemingly clashing views on federal loan forgiveness.

The Biden administration also noted that Republican critics of the student loan plan like representatives Vern Buchanan, Markwayne Mullin, and Kevin Hern each had over $1m in PPP loans forgiven.

The PPP was part of the Trump administration’s 2020 package of Covid stimulus bills, which passed with wide bipartisan support.

Studies suggest that most of the money from the programme went to business owners and high-earning households, constituencies that both lean Republican, rather than lower-income workers, the intended beneficiaries of the initiative.

In fact, the loan initiative is specifically targeted to those with lower incomes, making below $125,000 a year, though analysis suggests higher-earning Americans, who hold more student loan debt on average, will still be the main beneficiaries.