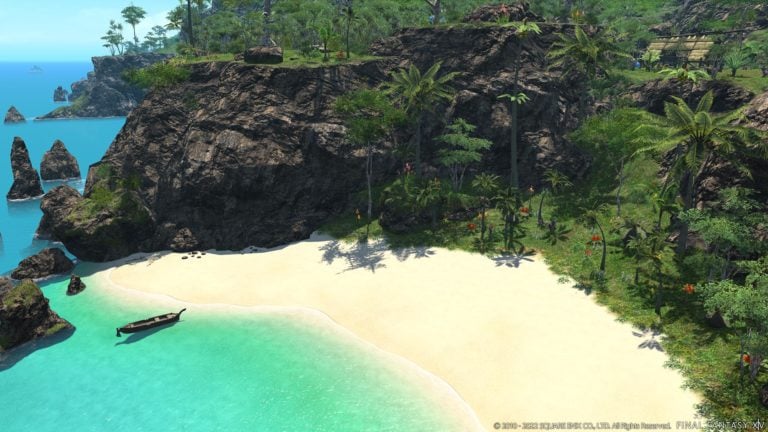 A new feature has joined Final Fantasy XIV alongside patch 6.2, called the Island Sanctuary. Revealed last year, it was highly-awaited by the players as one of the several ways to chill far from the battlefield and the epic stories of the MMO game.

Island Sanctuary is an area dedicated to a player. They all have their own island to evolve by building facilities, growing crops, managing pastures, and collecting countless materials. Among those features, you can craft items manually or via a workshop, where the production is automatically sold for Seafarer’s Cowries, one of both currencies that only apply to this island.

Players gain access to more materials to collect by crafting more efficient tools. You unlock recipes by climbing up the Island Sanctuary ranks. The Island Clams are one of the materials you can collect to craft recipes used for various activities, such as building your Bathhouse.

Here is how to find Clams in FFXIV‘s island sanctuaries.

Where to find Clams in FFXIV‘s Island Sanctuaries

There is only one place to find Clams in your Island Sanctuary: the Pirate Bay. It’s the beach located on the Northernmost side of the map, roughly at X: 15.3, Y: 10.

If you’re getting there and wondering where it can be while you’re only swimming in the ocean without seeing anything, it’s because you’ll have to dive to access those resources, like getting Islefish, Coral, and other materials.

If you have forgotten how to dive in FFXIV, our guide explains the steps. You’ll see a dozen node resources when going underwater, but you just need to head for the Clams, and you will get some. If you need many of them, return to the beach’s green area and return underwater to make the resource nodes reappear.