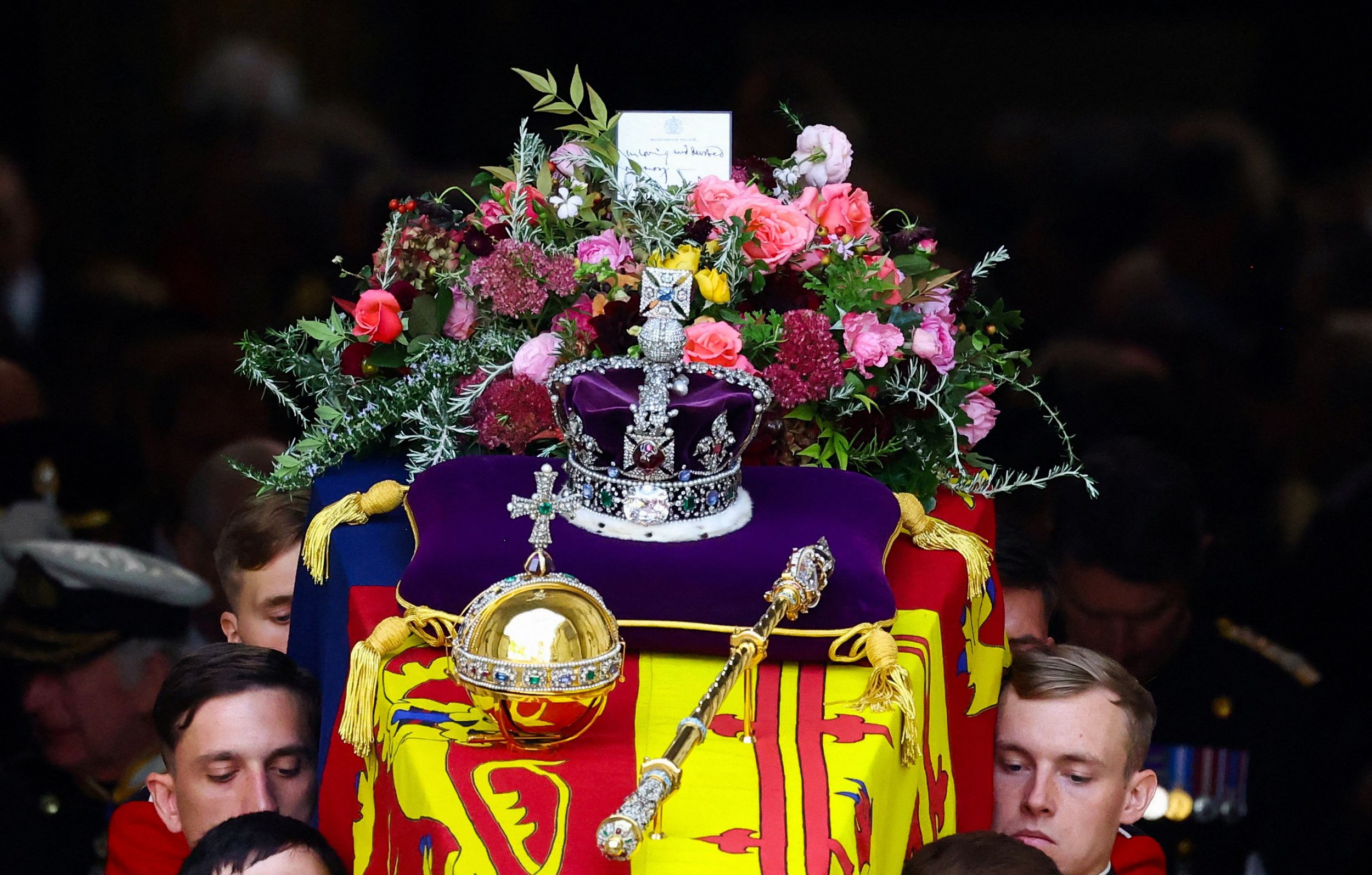 The Queen’s coffin has been transferred to the State Hearse for its journey to Windsor following her state funeral at Westminster Abbey.

Elizabeth II was carried to the service on a gun carriage pulled by sailors from the Royal Navy, after her lying-in-state at Westminster Hall concluded on Monday morning.

She is making her way to St George’s Chapel for a committal service, followed by her burial – here’s how the rest of the day will unfold.

The funeral of Queen Elizabeth II

What time does the Queen arrive in Windsor?

The Queen’s coffin was transferred from the gun carriage to the hearse at Wellington Arch at Hyde Park Corner, and it set off after a brief ceremony.

It is heading west out of London along the A4 before passing Heathrow Airport on the Great South West Road (A30).

The funeral cortege is scheduled to arrive at Shaw Farm Gate on Albert Road, Windsor, at 3.06pm.

There, it will join a procession, which will already have been formed at the gate, and make the solemn journey up Long Walk to the George IV gate at St George’s Chapel.

A committal service will then start at the chapel at 4pm, conducted by David Conner, the Dean of Windsor, and attended by a congregation of 800 guests.

These will include the King, the Royal Family, realm prime ministers, governors-general and mourners from the Queen’s household past and present, including personal staff from across her private estates.

The majority of those attending will not have been present at Westminster Abbey.

The location is a poignant reminder of the Duke of Edinburgh’s funeral last year, which was attended by just 30 people, due to the Covid restrictions of the time, Elizabeth II sitting alone as she bade farewell to her husband.

While the committal will be televised live, the Queen’s burial service taking place later in the day will be a “deeply personal” ceremony away from the public’s gaze.

What is the Queen’s route from Westminster to Windsor today?

The full route from Hyde Park Corner in central London to Long Walk Windsor is as below:

The final part of the procession’s route from Shaw Farm Gate is expected to be done on foot, up Windsor Castle’s famous three-mile Long Walk.

The state hearse will join the procession, which will have been formed up and in position, at Shaw Farm Gate before travelling to St George’s Chapel at Windsor Castle.

Just before 4pm, the procession will halt at the bottom of the West Steps of St George’s Chapel in Horseshoe Cloister, where the bearer party will carry the coffin in procession up the steps into the chapel.