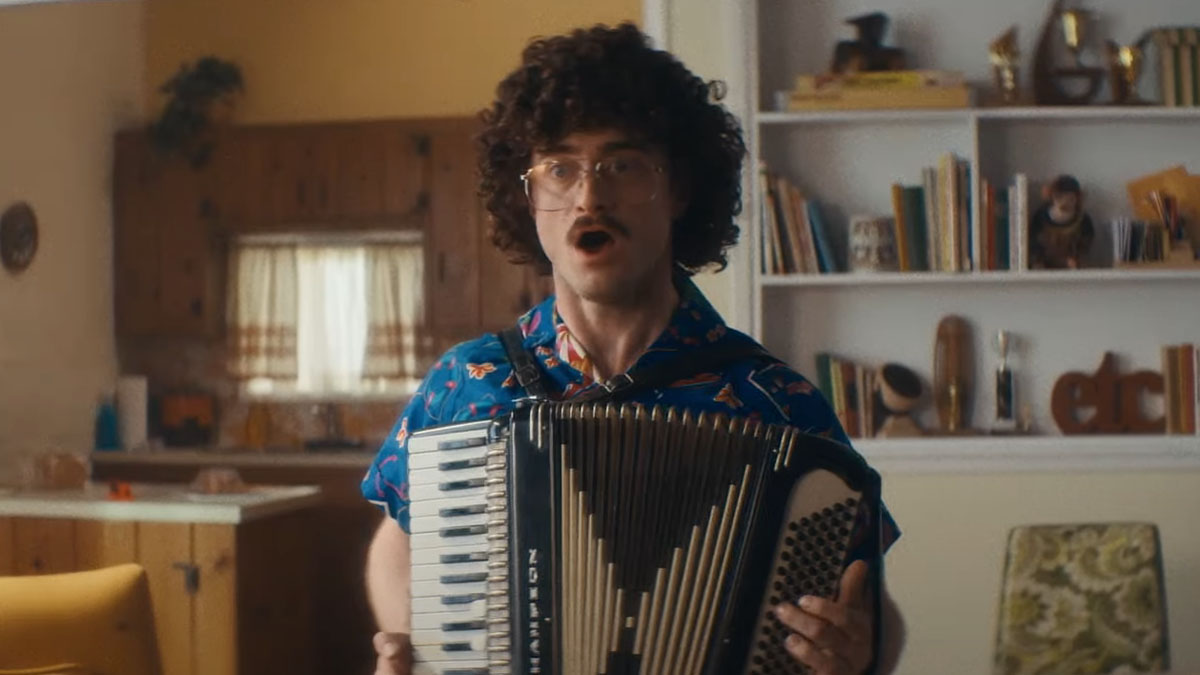 Movie lovers have seen music biopics of all stripes, from serious films like Walk the Line, Bohemian Rhapsody, and Elvis, to parodies like Walk Hard: The Dewey Cox Story. The Roku Channel’s upcoming flick, Weird: The Al Yankovic Story, definitely falls more on the side of parody despite the fact that Al Yankovic is quite real and quite weird. However, it wasn’t until the first trailer dropped that we saw just how bizarre this one is going to get.

Former Harry Potter star Daniel Radcliffe is headlining the film as Weird Al Yankovic, and the movie’s brand of parody is to play everything straight even when it’s completely ridiculous. To that end, Al’s desire to take preexisting songs and rewrite them into parody tunes is treated as a dramatic obstacle standing between Al and fame and fortune. Similarly, Al’s revelatory experience with My Sharona leads to the divine creation of his musical parody, My Bologna.

Admittedly, we’re not fully aware of every detail that has ever occurred in Weird Al’s life. But we’re fairly certain he didn’t have a torrid love affair with Madonna at the height of her ’80s fame. Westworld’s Evan Rachel Wood is playing the Material Girl, and she can’t keep her hands off of Weird Al. That’s how you know it’s a fantasy!

Eric Appel directed the movie from a script he co-wrote with Weird Al. The Roku Channel will premiere Weird: The Al Yankovic Story at the Toronto International Film Festival on September 8, 2022. Roku Channel subscribers will then be able to watch the film on November 4.