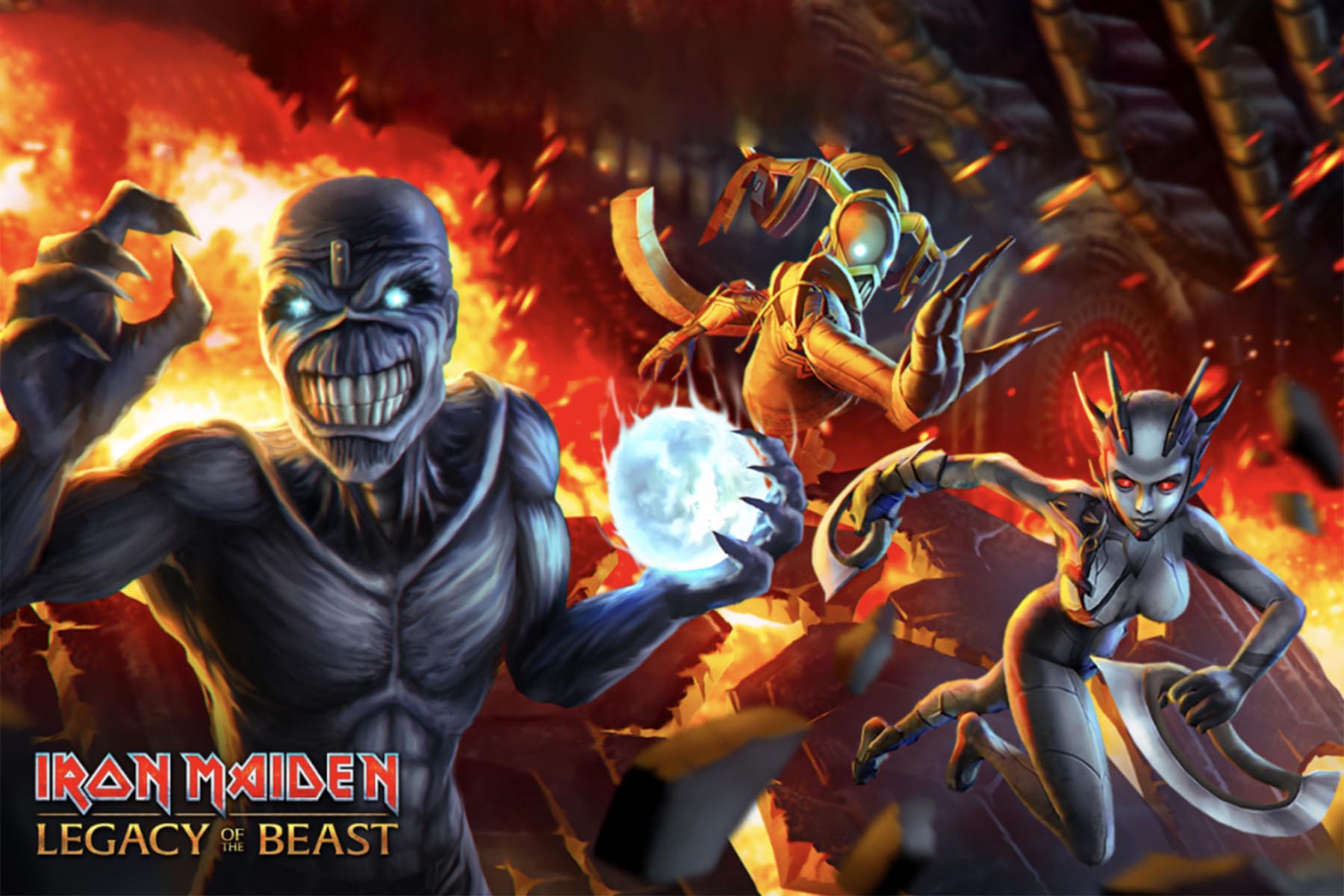 Within Temptation is the latest band to team up with Iron Maiden for an expansion of the Iron Maiden: Legacy of the Beast mobile game. The collaboration is called The Purge and follows a story inspired by Within Temptation‘s 2020 single of the same name.

When asked about Genesis and Different World Eddie teaming up in Iron Maidens Legacy of the Beast game, Sharon den Adel, the lead vocalist and one of the main songwriters of Within Temptation said: “If I listen to Iron Maiden, I feel like I’m on an adventure and I’m traveling through time. Eddie is my tour guide and with Eddie and Genesis teaming up.. That’s the best thing ever! Aren’t they a cute couple?!”

Sharon continued by explaining how a piece of artwork evolved into a playable character in a game, “Genesis, for us, is not only a symbol of an evolution of life, but also a symbol for the wars within the mind and the wars with the outside world. We think it’s so cool that she previously was only a piece of artwork for us. She was an inspiration for several things we were doing, but now coming to life in this game: it’s a surreal thing to see.. It’s a whole new level! It turned out so awesome, so check it out!”

Will Moore CEO of Navigator Games said: “The lyrics, imagery and video for Maiden’s 2006 track ‘Different World’ inspired this incredible multi-level dungeon. We started collaborating with Within Temptation as soon as they were announced as a special guest for Iron Maiden’s Legacy of the Beast USA tour. Together we have developed their mascot into the awesome playable character ‘Genesis’. We can’t wait to share this special in-game event with the fans to celebrate the US tour”

“This exciting collaboration has culminated in a dungeon event called ‘The Purge’ inspired by Within Temptation‘s 2020 single of the same name and a newly created character, Genesis. In this new story-line, Genesis teams up with the Different World iteration of Eddie – who was inspired by the lyrics, themes and imagery of Iron Maiden‘s 2006 track ‘Different World’ and the subsequent music video. This week-long event will take fans and players on a journey with Different World Eddie and Genesis, who’s now been woven into the Legacy of the Beast lore, as mother of the Different World.”

“Genesis has remained in isolation for thousands of years and through a network of caretakers- she has recently become aware of the instability that has overtaken her home. Now she sets off to find the root of the issue. Now Genesis, moving towards a stronghold of the Different World Machine God, runs into Different World Eddie – a shard of the Eternal who has adopted the Different World philosophy. Together will they breach the Machine God’s forces and stamp out a small part of the hivemind’s plan?”

The expansion goes live at 8PM EST on September 19 and is free to play through both Apple’s App Store and Google. Within Temptation will also be on tour with Iron Maiden in a few weeks, starting in South Dakota.