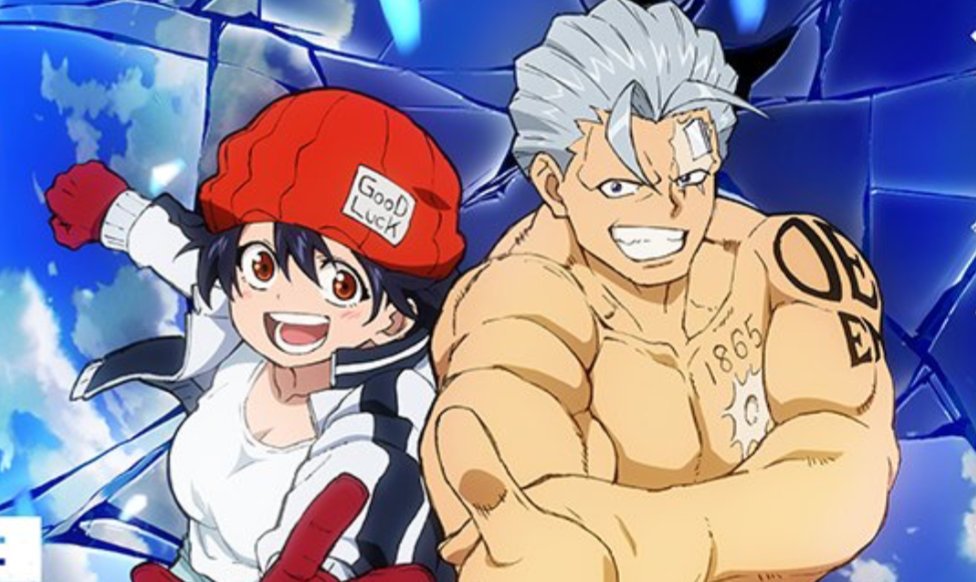 According to the update, Undead Unluck is being adapted into an anime by the folks at David Production. The team should be familiar to fans as the studio overseas JoJo’s Bizarre Adventure. And right now, the new series is slated to drop sometime in 2023.

As you can see above, a teaser visual was also shared for the anime. Undead Unluck features Fuuko Izumo to the left in all their beanie-loving glory, and they are joined by Andy on the right. The silver-haired fighter looks as buff as you’d expect given the manga, and his chest tattoos are on full display here. And while the pair might look like an unsuspecting duo from the outside, well – fans of the manga know Undead Unluck hit a stroke of genius by pairing these leads with one another.

Want to know more about Undead Unluck? You can check out Viz Media’s official synopsis of the series here: “Tired of inadvertently killing people with her special ability Unluck, Fuuko Izumo sets out to end it all. But when she meets Andy, a man who longs for death but can’t die, she finds a reason to live and he finds someone capable of giving him the death he’s been longing for.

All Fuuko wants is a passionate romance like the one in her favorite shojo manga. Unfortunately, her Unluck ability makes that impossible. But just as Fuuko hits rock bottom, Andy sweeps her off her feet-literally! Now she’s become Andy’s unwilling test subject as he works to find a way to trigger a stroke of Unluck big enough to kill him for good. However, when the pair discovers a secret organization is hunting them, it puts Andy’s burial plans on hold.”

Are you excited for Undead Unluck to make its way to television? What do you want to see from the anime adaptation? Share your thoughts with us in the comments section below or hit me up on Twitter @MeganPetersCB.