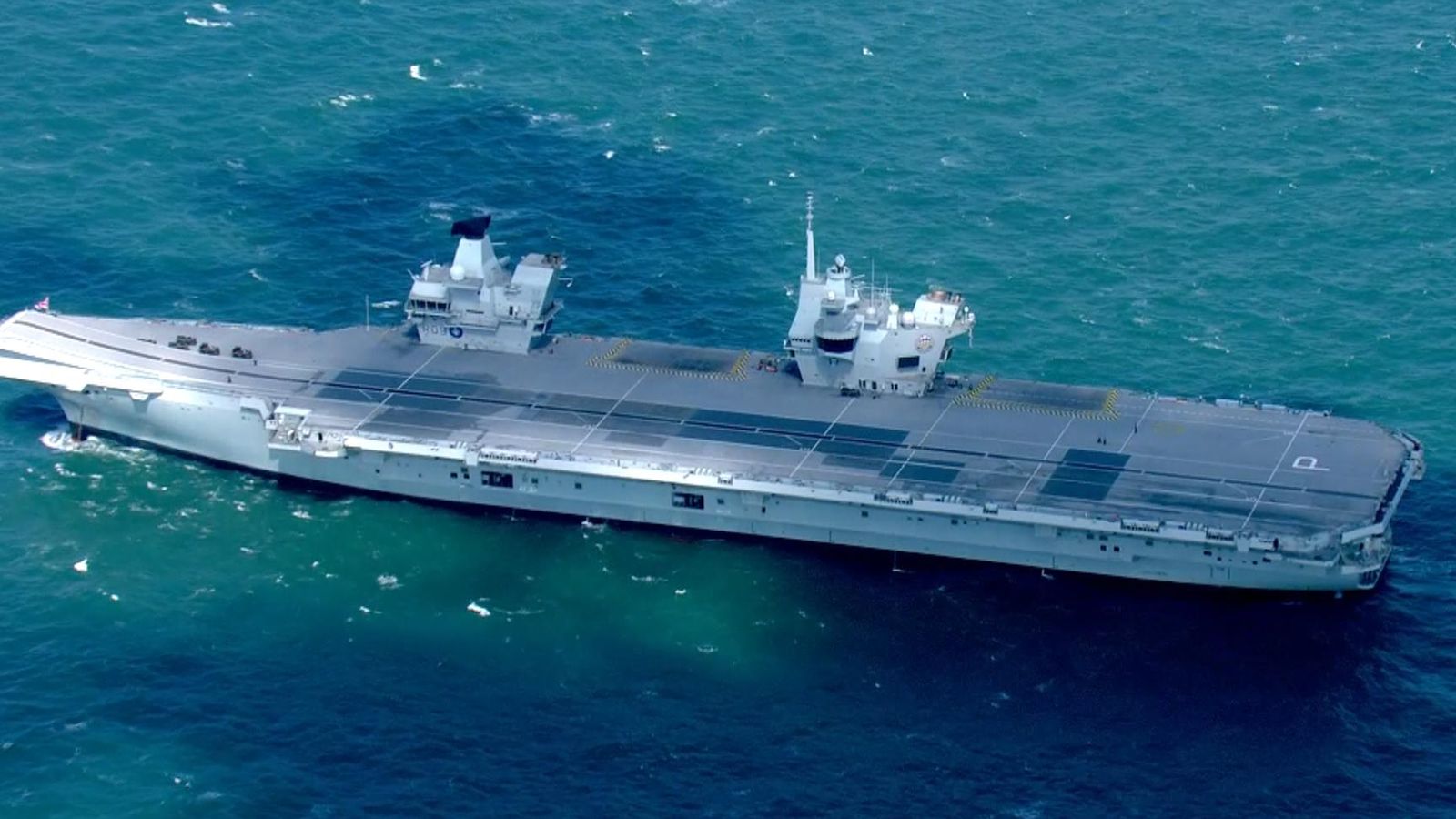 The UK’s largest warship which broke down off the south coast soon after setting sail for the US has been moved so it is in a better location to be inspected.

HMS Prince of Wales, the second of the Royal Navy’s two aircraft carriers, left Portsmouth Naval Base in Hampshire on Saturday before experiencing an “emerging mechanical issue”, a navy spokesperson said. The problem is being investigated.

The vessel’s departure had earlier been delayed from Friday because of a technical issue, although it is not known if the incidents were related.

The £3bn carrier, which became fully operational only last year, was at one point anchored to the southeast of the Isle of Wight.

Its position was shown on MarineTraffic.com before it appeared to be moved a number of miles north and then west.

It was reportedly being taken slowly towards Stokes Bay, Gosport, where it is understood the sheltered area will make it easier for divers to examine the damage.

A tweet from the Royal Navy read: “You might be aware of issues with @HMSPWLS since leaving her home port of Portsmouth on Saturday.

“We are in the process of moving her to a different anchorage which is better suited to allow for further inspection of the ship.”

Another navy tweet said: “Right now our focus is on the ship and our people; everyone is working hard to understand the problem and what can be done next.”

The problem was first reported by UK Defence Journal, an online news site focused on defence issues, which cited unconfirmed reports about damage to the starboard propeller shaft. 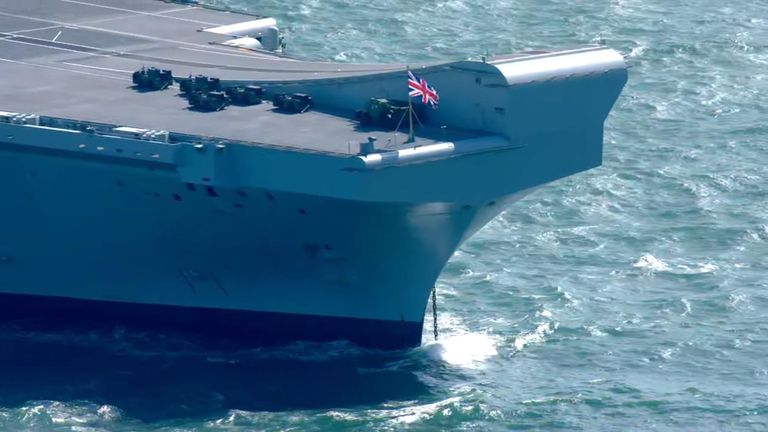 “Should the issue prove to be serious it goes without saying that this is extremely unfortunate and not a good look for the RN [Royal Navy],” it reported.

It stated that, unless the problem can be resolved at sea enabling the warship to continue its journey to the US, it might need to go into dry dock at Rosyth, Scotland, early ahead of a planned inspection in 2023.

The warship had departed at the weekend on what was described by the Royal Navy as a mission to “shape the future of stealth jet and drone operations off the coast of North America and in the Caribbean”.

The trip – provided it goes ahead – is set to see the carrier visit New York, Halifax in Canada and the Caribbean, operating fifth generation F-35 fast jets off the deck as well as drones.

HMS Prince of Wales, which heads a carrier task group, deployed with a frigate, tanker and an air group of helicopters and drones.

The F-35 warplanes are set to join the ship in the US.