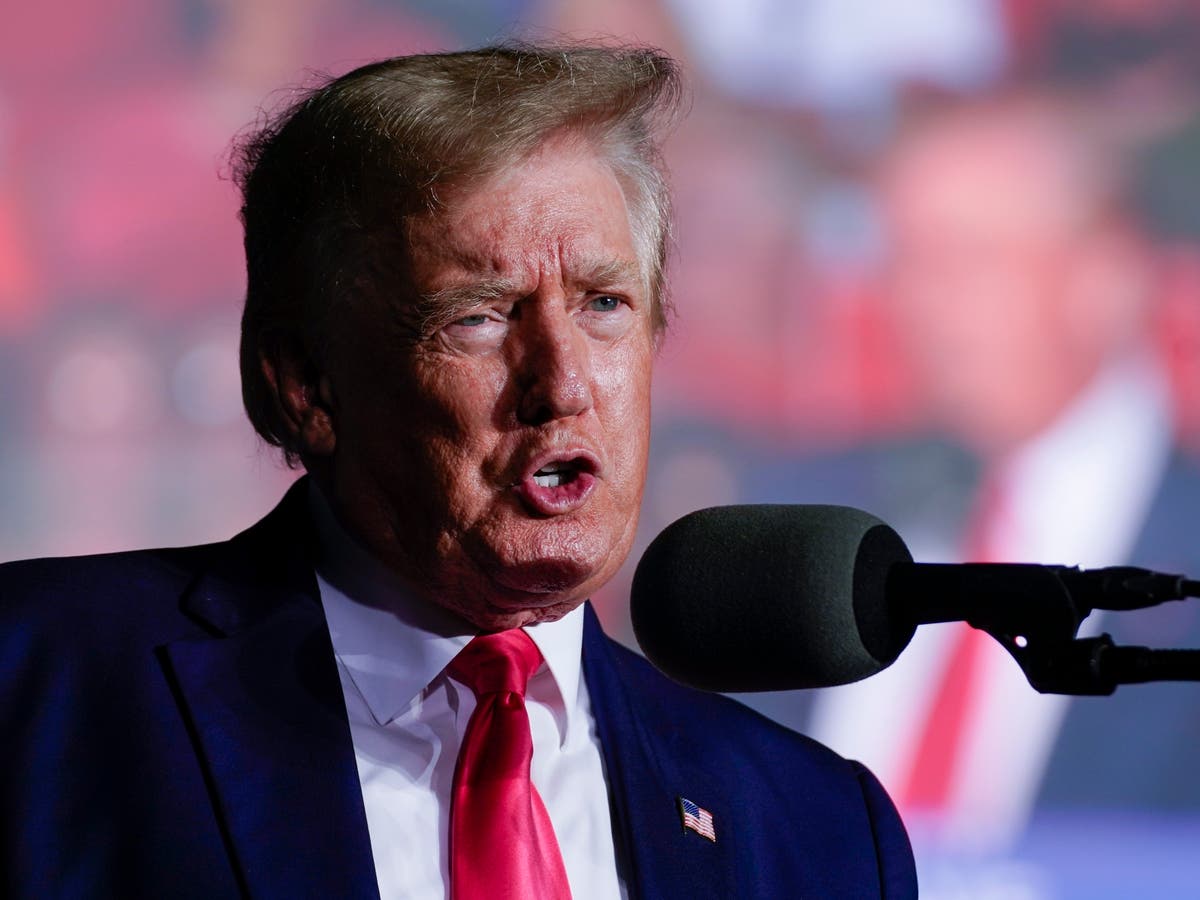 Former president Donald Trump on Monday issued a bizarre demand that he be declared the winner of the 2020 election nearly two years after he lost his re-election bid to Joe Biden, or a new election be held in the alternative.

There is no mechanism in American law or history for a presidential election to be re-run, nor for the loser of an election to be declared the winner two years after the fact. But Mr Trump appeared to be ignorant of this fact when he took to his own Truth Social platform to make such an impossible demand Monday morning.

“So now it comes out, conclusively, that the FBI BURIED THE HUNTER BIDEN LAPTOP STORY BEFORE THE ELECTION knowing that, if they didn’t, ‘Trump would have easily won the 2020 Presidential Election,’” he wrote, referring to a oft-invoked grievance he holds regarding the Federal Bureau of Investigation not disclosing an ongoing investigation into the younger Mr Biden in the run-up to the last presidential election.

In December 2020, Hunter Biden — a Yale-educated attorney and former lobbyist — disclosed that the FBI was investigating whether he’d properly paid taxes on income from several foreign business ventures.

The FBI, which generally does not acknowledge the existence of investigations because of longstanding Department of Justice policies, followed those policies despite Mr Trump frequently claiming on the campaign trail that both Hunter Biden and his father deserved arrest and prosecution for unspecified crimes.

Mr Trump called his unsubstantiated allegations against the FBI “massive FRAUD & ELECTION INTERFERENCE at a level never seen before in our Country,” and suggested a “remedy” would be to “declare the rightful winner,” meaning him.

He added that a different “minimal solution” would be to “declare the 2020 Election irreparably compromised and have a new Election, immediately!”

The ex-president’s come as he faces intensified legal peril from the FBI’s probe into whether he violated US laws against unauthorised possession of national defence information and obstruction of justice by keeping boxes of highly classified documents at his Palm Beach, Florida home after his term as president had ended.

A redacted version of the affidavit FBI agents used to secure a warrant for the 8 August search of Mr Trump’s property revealed that the 15 boxes of documents which the ex-president turned over to the National Archives and Records Administration in January contained “184 unique documents bearing classification markings, including 67 documents marked as confidential, 92 documents marked as secret, and 25 documents marked as top secret”.

Yet more documents were found at Mr Trump’s home during the August search. On Monday, federal prosecutors filed court documents which revealed that the Department of Justice and Office of the Director of National Intelligence are both “facilitating a classification review of materials recovered pursuant to the search” following a request from Congress.

US Attorney Juan Gonzales said ODNI is also “leading an intelligence community assessment of the potential risk to national security” if the highly classified materials found at Mar-a-Lago were disclosed as a result of Mr Trump’s conduct.