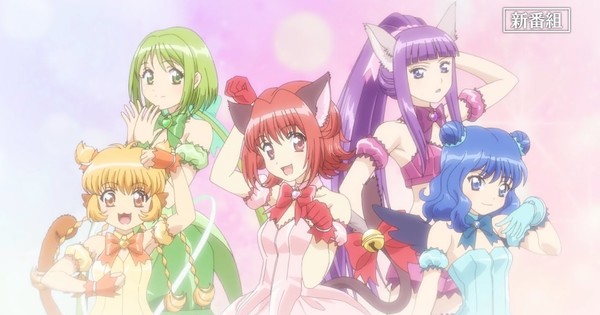 The official website for Tokyo Mew Mew New, the all-new anime of Reiko Yoshida and Mia Ikumi‘s Tokyo Mew Mew manga, announced on Wednesday that the series will get a second season in April 2023 on TV Tokyo and its affiliates. The website began streaming an announcement video:

The first season’s 12th and final episode aired on the same day. The episode featured an insert song “my sweet heart (New ♡ver.) by Yūki Tenma as Ichigo Momomiya. The website began streaming the insert song, which also includes the footage of the episode’s ending and contains spoilers.

The series will get a “Tokyo Mew Mew New ♡ Special Event Cat!! Shite SuperParty” event at J: COM Hall Hachioji on February 26, 2023 with cast members. There will also be a cast live reading of a new script on January 7-8, 2023 at Jiji Press Hall in Tokyo.

Smewthie, the unit composed of the five main cast members, will do a live reading drama on November 22, a Christmas event on December 22, and a live performance in March 2023. Smewthie’s new CD will launch on January 18, 2023. 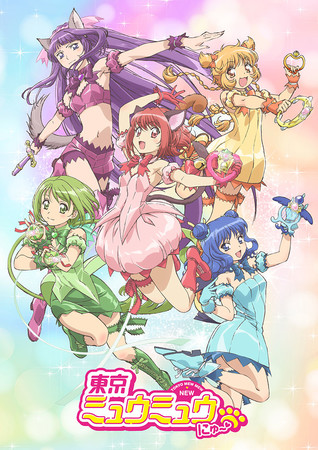 The anime premiered on July 6. HIDIVE is streaming the series as it airs in Japan.

The anime follows Ichigo Momomiya, a girl who transforms into Mew Ichigo (Strawberry) with the power of the Iriomote leopard cat to save Earth from parasitic Chimera Anima aliens.

The anime marks the 20th anniversary of the manga, as well as the 65th anniversary of Kodansha‘s Nakayoshi magazine, which originally serialized it. Staff announced the anime in April 2020.

Yoshida and the late Ikumi serialized their original Tokyo Mew Mew magical girl manga from 2000 to 2003 (with Kodansha credited for the franchise‘s original concept), and Tokyopop published all seven volumes in English. Kodansha Comics released the manga in three omnibus volumes with a new translation in 2011.