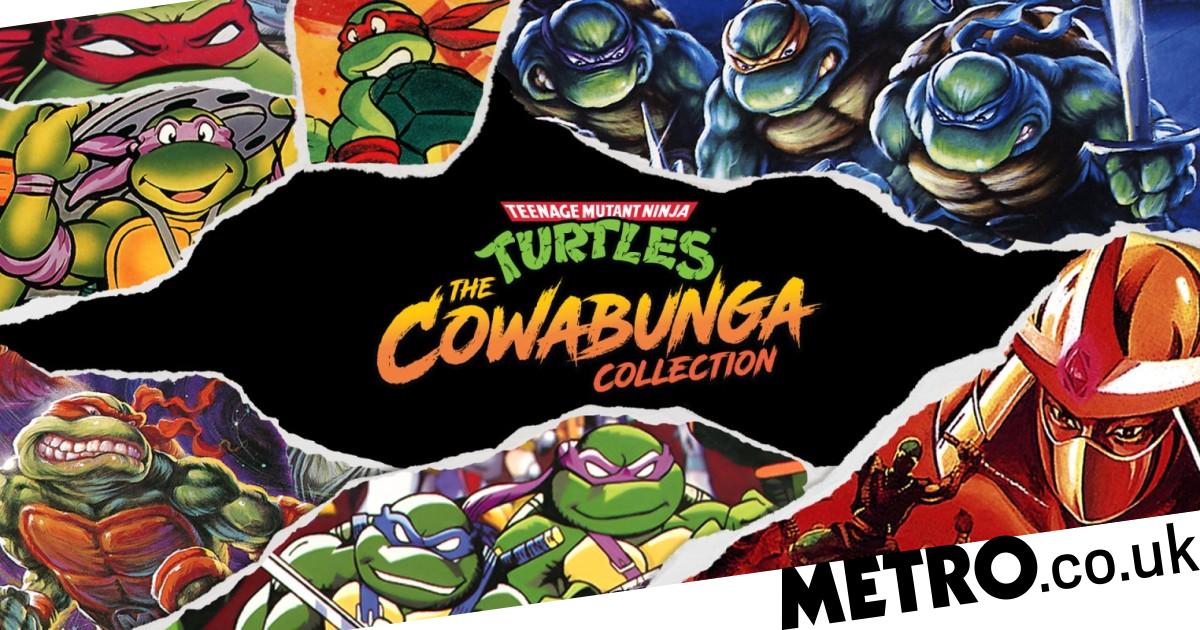 The heroes in a half shell are back with what may be the best retro collection ever made, but do the games themselves deserve the attention?

Video game compilations aren’t all that common but when they do turn up it’s always frustrating how incomplete they tend to be. Not only are they usually missing all but the most mainstream entries in a particular franchise but there’s often no context given for them, in terms of behind the scenes info and other museum content. Sonic Origins and Capcom Arcade 2nd Stadium are typical recent examples and surprisingly it’s down to The Cowabunga Collection to show how things should be done.

The Teenage Mutant Ninja Turtles have a long and storied history with video games, one that was recently renewed with the retro inspired beat ‘em-up Shredder’s Revenge. It was heavily inspired by Konami’s original 1989 arcade game, but it had nothing to do with Konami themselves – except that it was presumably the inspiration for this retro compilation of all their previous games.

And for once we really do mean all the games, as not only does The Cowabunga Collection include the arcade game and its contemporary sequel but every Turtles related game that Konami ever released on the NES, SNES, Mega Drive, and even Game Boy. Konami did get the licence back in the 2000s, for a few largely forgotten tie-ins to the then current TV show, but everything here is based solely on the original 80s cartoon.

Developer Digital Eclipse has been handling remasters of retro games for decades, but this is undoubtedly their masterwork. Not because of the games themselves, which we’ll get into later, but the raft of extra content. There’s a whole separate section of the game called the Turtle’s Lair that’s filled with scans of instruction books, comic book covers, stills from the cartoons, magazine ads, soundtrack collections, and box art (although only US and Japanese versions).

There’s concept art and style guides for each of the bigger games and even faux strategy guides presented in the style of physical books from the era. It’s a fantastic amount of effort, especially as most of the behind the scenes stuff is in Japanese, and exactly what most other compilations are missing.

A good deal of effort has also gone into adding extra value to the games themselves, with all of them having quality of life options for things like extra lives and level selectors. You can rewind the action at any time but there’s also an option to watch a video of someone else playing, if you just want to see the game all the way to the end. On top of this, four of the games (the original arcade game, Turtles In Time, Tournament Fighters, and The Hyperstone Heist) have new online multiplayer options.

You really couldn’t ask for more, especially as, and this is the only problem with the collection, none of the games are really all that good. That’s not anyone’s fault, especially not Digital Eclipse’s, but as fondly remembered as some of the games are that’s because of a combination of nostalgia and/or a love for the Turtles themselves.

The original arcade game has been re-released a few times over the years, but like almost all scrolling beat ‘em-ups it’s incredibly shallow and purposefully unfair in parts. Shredder’s Revenge modernised some aspects of the concept but even then, the primary appeal was the novelty of it all and the gorgeous pixel art animation.

The same goes for its sequel, Turtles In Time, but at least it’s still fun, unlike the wretched NES game (also called simply Teenage Mutant Ninja Turtles). The 1989 NES game was a very important release for the Turtles franchise as a whole, coming out just as the cartoon was gaining in popularity and cementing the heroes in a half shell as a pop culture phenomenon.

That doesn’t mean it was a good game though and even by the standards of the time the graphics were very basic and the side-scrolling platform action awkward and unfairly difficult. That may seem like sacrilege to say but it was true even back in the day, if you took away the appeal of the licence, and doubly so today.

There are 13 games included in the collection but many of them are alternate versions of each other. So you’ve got the NES version of the original arcade game, the SNES version of Turtles In Time, and three versions of low rent one-on-one fighter Tournament Fighters, for the NES, SNES, and Mega Drive.

Many of the versions are significantly different from each other, to the point of almost being separate new games, but it does emphasise that this collection is really only for hardcore Turtles fans – especially given the price is more than the all-new Shredder’s Revenge.

Three of the other games are Game Boy titles, which are actually very good given the portable’s limited abilities – even if playing them on a giant-sized modern TV screen does seem rather perverse. Then you’ve got The Manhattan Project on the NES and The Hyperstone Heist for the Mega Drive, which despite having excellent graphics still play very similarly to the arcade game.

The Cowbunga Collection may be one of the best retro compilations ever made but that’s in spite of the quality of the games it contains, not because of them. The arcade game is good dumb fun but it’s incredibly shallow and, like the three Game Boy titles, over very quickly. Most of the other games are just minor variations on the same theme and the ones that aren’t – the first NES title and Tournament Fighters – are easily the worst in the collection.

If you already have firm opinions about these games, and are currently howling in protest at our comments about them, then don’t worry: this compilation is everything you want it to be and you should absolutely get it. If you have only a passing familiarity with them though we’d advise keeping it that way and hoping that Digital Eclipse are put to work on a set of games more deserving of the effort.

In Short: One of the best retro compilations ever made… for a collection of games that, despite the nostalgia, really don’t deserve the attention.

Pros: A new gold standard for retro collections, with a mountain of behind scenes info and extra content, despite the obscurity of many of the titles. Online options for key titles is welcome.

Cons: The majority of games aren’t particularly good, especially not the original NES game and the three different versions of Tournament Fighters. Not cheap.