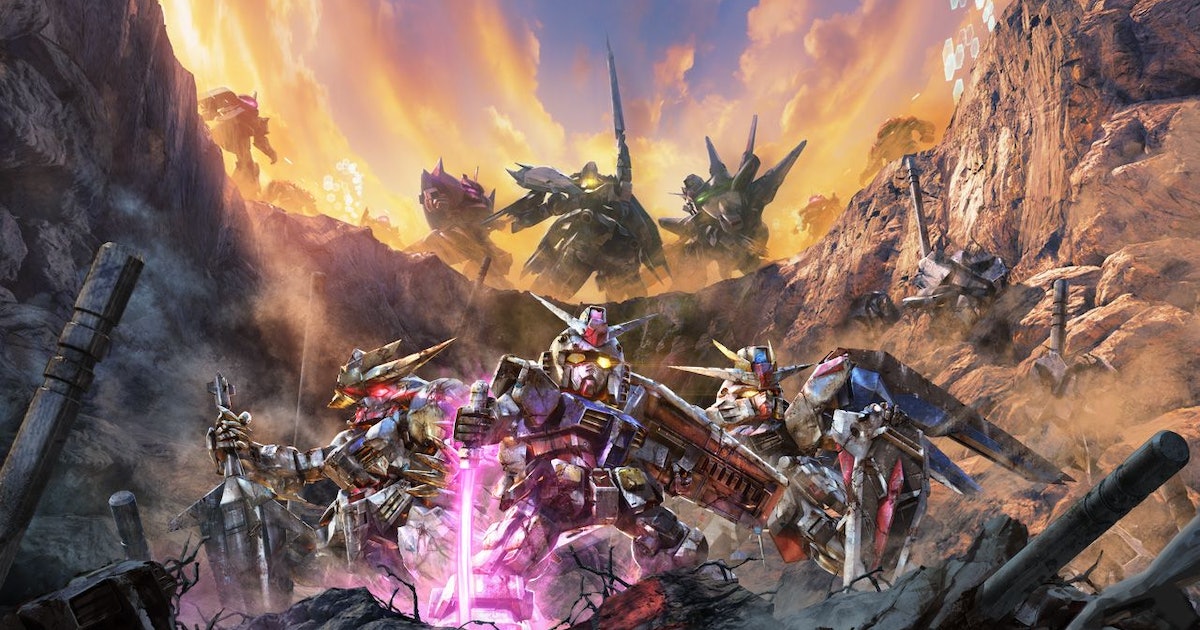 SD Gundam Battle Alliance feels like smashing all your Gundam action figures together while making explosion noises with your mouth.

Except it’s a video game with an absolutely ridiculous story, one that mirrors Kingdom Hearts in sheer cosmic complexity.

Gundam has a long and storied history in video games, but most of the franchise’s recent entries fail to feel anything more than middling, while older titles like Dynasty Warriors Gundam Reborn still stand out as stellar titles. SD Gundam Battle Alliance finally puts an end to that streak with an experience that feels like a massive Gundam history lesson, wrapped around a surprisingly fun action RPG that packs a ton of variety into its massive roster.

The basic setup of SD Gundam Battle Alliance casts you as an unnamed commander from the One Year War, who’s unceremoniously plucked out of their timeline and brought into somewhere called G-Universe. In this strange space, various Gundam timelines are crossing over, creating “Break Missions.” Your goal is to play through these Break Missions and essentially piece the different Gundam timelines back together, searching through different directories to find the right mobile suits and historical inaccuracies.

It almost goes without saying that there’s a ton of info thrown at you at all times, and you’ll absolutely have a better time if you have even a cursory knowledge of the Gundam franchise. Still, it’s not absolutely essential, as the game provides enough of a base explanation to understand things. What’s most surprising about the story, however, is how surprisingly meta the whole thing is about Gundam as a whole.

While it’s nothing groundbreaking, there are some wild twists throughout the plot, and a ton of comments that poke fun at tropes the Gundam franchise consistently uses, like a character saying “Don’t ever trust people in masks,” or another pointing outa villain’s overwhelming “edgelordiness.” It’s nothing too serious, but the fun narrative helps link together the strongest aspect of the game, the combat.

SD Gundam Battle Alliance is an action RPG that feels similar to something like Kingdom Hearts. You have light attacks, heavy attacks, ranged attacks, and two special abilities mapped to the triggers. Your ranged attacks and special attacks are on a cooldown, and a special attack gauge also charges as you deal and take damage. Past that there are plenty of other complexities to combat, like guarding, your boost gauge, Chain Breaks, and more.

I won’t dive too far into things, but it all combines into a combat system that feels both fast and responsive, perfectly capturing the high-octane mobile suit battles of the anime.

By the same token, Battle Alliance‘s visuals and soundtracks do a phenomenal job of capturing the aesthetic of Gundam. The SD versions of suits are absolutely adorable, even while the models show a surprising amount of detail, like dirt and grime smeared into the metal. Missions consistently feature classic music from across the franchise, and there’s nothing quite like defending White Base to the bumping tunes of the classic 1970s anime.

Too many mecha, and too little time

Like any good Gundam game, Battle Alliance has a wealth of playable mobile suits, with over 60 to choose from that you unlock by completing various missions and earning blueprints. All mobile suites are separated into three categories; All-Rounder, the long-distance Sharpshooter, and the melee-focused Infighter. Even with such a massive roster, each mobile suit manages to feel unique and vibrant, and it’s a blast trying out new suits to find your favorites. The catch here is that you have to level up each suit individually, which is where the one real downside of Battle Alliance comes in.

There’s quite a bit of grinding required as you go through the game’s story, as each new directory has a pretty big bump in suggested level and difficulty. At the start, missions can be played in Normal and Easy mode, although later on, you’ll unlock Hard difficulty. Each mobile suite needs to be leveled up using Capital, a resource you collect during missions, and by completing them.

The problem is that there’s simply not enough Capital to go around, and you’ll be hard-pressed to keep even one suit up to level, let alone completely leveling up a brand new suit you unlocked. This results in the need to grind previous levels to earn Capital, which ultimately slows down your progress through the main story, and unlocking new events and suits.

While most missions boil down to defeating waves of enemies, Battle Alliance does do a good job of shaking things up with climactic boss battles, defense missions, or seek and destroy objectives. While AI compansions can accompany you in each mission, the entire game is also playable in co-op, which is generally recommended as the allied AI can often be a bit useless.

After years of arena fighters and lackluster sequels, like New Gundam Breaker, Battle Alliance feels like the breath of fresh air the franchise needed in video games. It’s a love letter to one of the most prolific anime franchises out there, but even if you aren’t a Gundam fan there’s a great action RPG underneath, with a surprising amount of variety. Between its deceptively fun original story and dynamic combat, it’s absolutely a standout in the crowded market of anime games.

INVERSE VIDEO GAME REVIEW ETHOS: Every Inverse video game review answers two questions: Is this game worth your time? Are you getting what you pay for? We have no tolerance for endless fetch quests, clunky mechanics, or bugs that dilute the experience. We care deeply about a game’s design, world-building, character arcs, and storytelling come together. Inverse will never punch down, but we aren’t afraid to punch up. We love magic and science-fiction in equal measure, and as much as we love experiencing rich stories and worlds through games, we won’t ignore the real-world context in which those games are made.