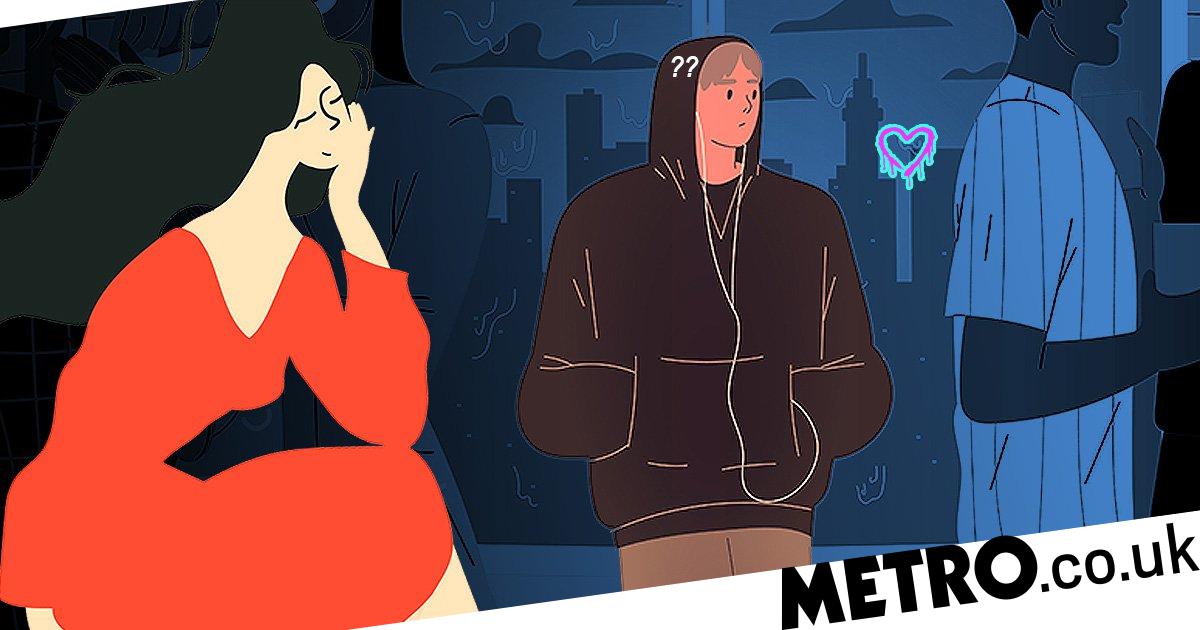 The naive-girl-falls-hopelessly-for-the-bad-boy trope is a fan favourite, but a recent study by Lovehoney has found that many of us do actually still fall for these devious characters IRL.

The study revealed that almost half of women (49%) have a soft spot for the ‘bad boy’. Around a third (35%) of men also admit to falling for the equally alluring but problematic ‘bad girl’.

But why do so many of us find bad boys and girls so attractive?

To help us make sense of this, Lovehoney worked with sex and relationship experts to reveal the psychology behind our attraction to bad boys and girls, and asked how we can start to choose better for ourselves.

The bad boy/girl is also attractive because they are confident (according to 35% of people in the survey) and adventurous (25%).

All of these traits can draw us in… who hasn’t gone weak at the knees for the charming TV villain?

Also, these bad boys and girl are – to put it blunty – sexy.

Almost one in six Brits believe sex with a so-called bad boy or girl is more passionate and admitted they were more sexually attracted to a bad boy or girl than any other partner.

Of course we would be drawn to this: Passion is sexy, exciting and addictive.

Some men (16%) also found that the bad girl was more sexually adventurous, letting them experiment with and explore kinks like bondage and sex toys.

It’s fair enough to want to sleep with people that we really, really fancy and who we feel able to experiment with.

The problem is, passion can actually just be obscuring the fact that your relationship is hella toxic, so when you get intimate, emotions are running high.

Sexual attraction can also blind us to the reality that they aren’t that nice to us, for example, and good looks and great sex aren’t enough to make a relationship work out.

However, the generation below this is more likely to be attracted to a sexually dominant ‘bad’ partner. Of Brits aged 18 to 24, 26% find being dominated in the bedroom desirable.

The psychology of attraction

There’s a deeper psychological going on here than being attracted to a sexually dominant charmer.

Sexologist Ness Cooper at The Sex Consultant breaks down the basics for us.

They present a false identity

‘When we go into a relationship, it’s quite common to live in a bit of a fantasy where it takes time for each other’s true selves to surface,’ Ness tells Metro.co.uk.

‘This means we can be dating what now seems to be the “wrong person” for a while until we have fully got to know them.

‘Sometimes, the true self of the person we’re dating is so different to the fantasy we saw that it can be quite a shock when we then realise that they’re wrong for us.’

Ness continues: ‘Often, this person can cause hormones such as dopamine, serotonin, cortisol and adrenaline to be released through red flag habits they use to control the relationship dynamic, such as love bombing.’

‘When we find someone who positively fits our attachment type we can form a health symbiosis, and your internal world beliefs support each other,’ Ness comments.

‘However, when our attachment types fit together negatively, we can form an unhealthy relationship where each other’s negative traits fuel each other to the surface.’

In other words, if you have an anxious attachment type, you can be drawn to the emotionally withdrawn, cold partner because you’re trying to recreate your home life. Fun!

‘Most people will have learned how they should and shouldn’t act in a relationship,’ Ness says

‘Sometimes it can take time to break negative scripts, so for example, if one of your parents always fell for the wrong person, it may be that you learned your dating script from them and need to change those habits.’

How to choose a healthy partner

There’s a lot driving us to choose people who might not treat us well. Awareness of what’s causing our damaging dating patterns can help, but how do you know if you’re going for the ‘right’ people? What does that even mean?

Releationship expert Callisto Adams shares her top three questions we should all be asking when on the hunt for a new partner:

If the answer to all of these questions makes you wince, it might be time to address whether the bad boy or girl is really who you need.

Get in touch by emailing [email protected]


MORE : 10 years of Tinder: How has the app changed dating, sex and the pursuit of love?

Rush Hour Crush – love (well, lust) is all around us

Tell us about your Rush Hour Crush by submitting them here, and you could see your message published on the site.