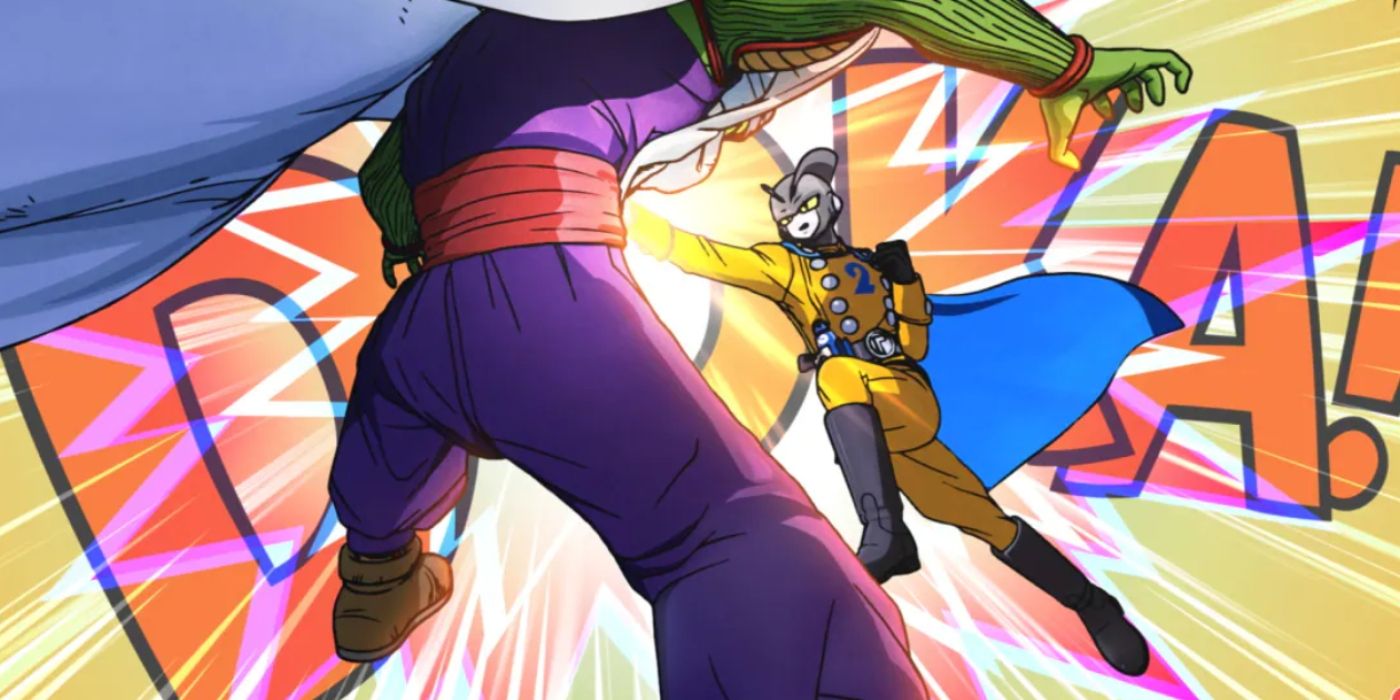 Dragon Ball Super has returned to theaters with the release of a new movie titled Dragon Ball Super: Super Hero. New attacks, new forms and new villains show up in the film, with the Androids and the Red Ribbon Army returning as well. Given the nature of the movie and its predecessor, many might wonder if these new characters make it out of the film to show up in further episodes of the anime.

The Androids seen in Super Hero‘s marketing aren’t the only new creations from the Red Ribbon Army, with one new Bio-Android being one of the biggest threats in the entire series. This definitely makes a return almost inevitable, and with the movie’s place in the series’ continuity, it could definitely happen for the new Androids in Dragon Ball Super.

The two main Androids introduced in the latest Dragon Ball movie are Gamma 1 and Gamma 2. Eschewing the previous numbering conventions of the Android line makes sense, as these two have slightly differently origins than their predecessors. Instead of being created by Dr. Gero, they’re made by the superior engineering of his grandson Dr. Hedo. Meant to resemble colorful superheroes, the Androids are explicitly designed to move away from the blocky machinery of the rest of the Red Ribbon Army’s remnants.

A much more powerful Android is finally seen toward the end of the movie: Cell Max. Based on Dr. Gero’s Bio-Android who enacted his own martial arts tournament, the humongous Cell Max is an even bigger threat than the original. Almost entirely invulnerable and far larger than Cell, the creature’s being activated prematurely doesn’t make him any less powerful. Of course he eventually meets his end, as do almost all Dragon Ball movie villains, but he ends up taking a surprising victim with him.

Will Gamma 1 Return In the Dragon Ball Super Anime?

Cell Max is destroyed at the film’s climax thanks to the heroic efforts of the Z-Fighters, but there’s still a price to pay for their victory. Gamma 2 sacrifices himself to finish the gigantic villain off, striking at the sole weak point of the monster’s head. This causes a massive explosion that the others barely escape from alive, but having caused said eruption of power, Gamma 2 meets his end. Unable to withstand the devastating attack, the Android disintegrates before blowing away in the wind.

Gamma 1 had stayed behind, searching in the rubble to save his still-alive creator Dr. Hedo. Making it out of the explosion with the heroes, Gamma 1 and Hedo repent of their misguided deeds under the influence of the now-destroyed Red Ribbon Army. Seeking to make further amends, they take jobs at Bulma’s company Capsule Corp. as security and a scientist.

Dragon Ball Super: Super Hero follows its predecessor Dragon Ball Super: Broly in actually being canon to the anime TV series, which wasn’t the case for the Dragon Ball and Dragon Ball Z movies. Thus, there’s definitely a chance that both Dr. Hedo and Android Gamma 1 will show up there, even if it’s merely as cameo characters. The same might be said for the Dragon Ball Super manga, though the jury is still out on that. Nevertheless, the surviving new android and his creator could easily become more successful versions of Garlic, Jr. and his father.