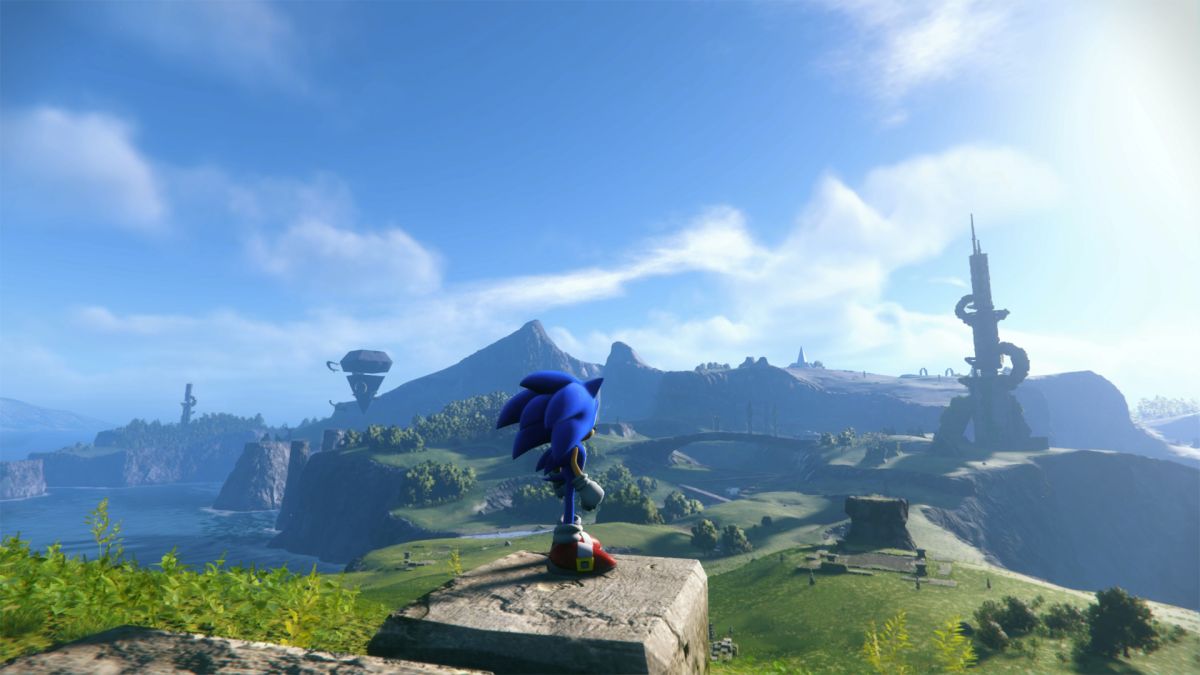 The Gamescom demo for Sonic Frontiers proved to be a goldmine of new details for series fans, even if Sega itself didn’t intend for all of that information to become public.

If you’re unfamiliar with Gamescom – well, first, check out everything announced at Gamescom Opening Night Live – it’s an annual video game convention taking place in Cologne, Germany. In the vein of shows like PAX (or the public E3s), there’s a big show floor where attendees can go hands-on with upcoming games. This year, that includes Sonic Frontiers.

The Gamescom Sonic Frontiers demo has a 15-minute time limit, but according to fans who got in during the first few days of the show, Sega neglected to disable the game’s autosave features on the show floor. That meant that people could keep making progress well beyond the 15 minutes of the demo, uncovering secrets that were not yet meant to be public.

Like, for example, the appearance of Big the Cat.

That one’s not technically a spoiler, as Big’s role in the game was revealed by a Game Informer preview (opens in new tab) last month. This is the first time we’ve actually seen what Big looks like in-game, however.

If you want larger spoilers, folks like Sonic_Frontier on Twitter (opens in new tab) have been collating footage from the show, which reveals things like previously unseen Cyber Space stages. If you don’t want spoilers, well, just be careful when you’re browsing Twitter.

It seems we’re unlikely to see too much more, however, as according to folks at the show, Sega’s banned filming at its booth (opens in new tab). If more footage trickles out, well, at least it’ll probably be filmed from much further away.

Sonic Frontiers has been confirmed for launch on November 8.