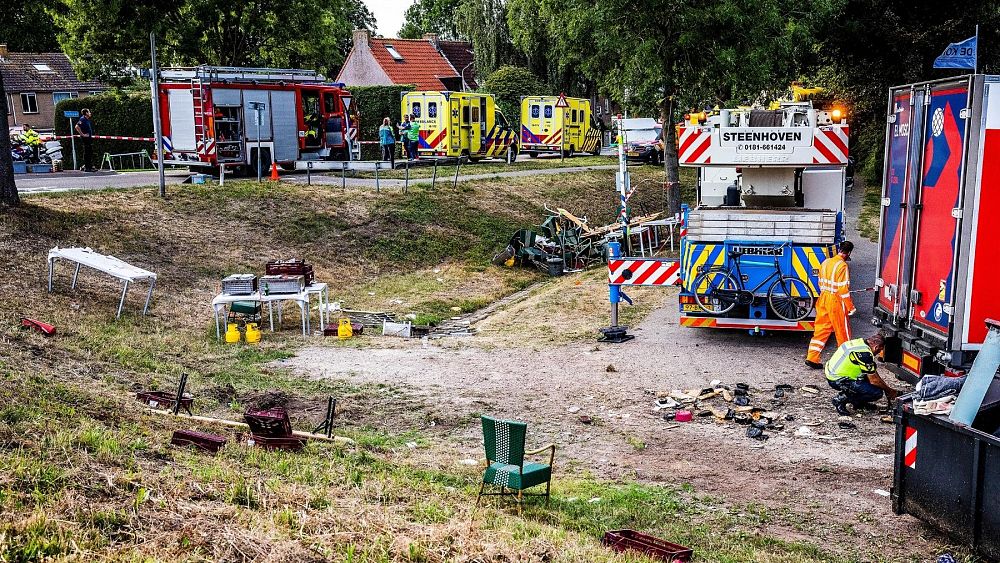 At least six people were killed and seven more wounded in the Netherlands when a truck drove off a dike and slammed into a community barbecue.

It happened on Saturday evening in the village of Nieuw-Beijerlanda south of Rotterdam, when police say a large truck left a small rural road and careered down the bank of the dike, and ploughed into the village gathering.

The exact cause of the crash is now under investigation, but police spokesperson Mirjam Boers said the truck driver was a 46-year-old Spanish man, and that he was not under the influence of alcohol at the time of the crash.

“For the time being, we are keeping all scenarios about the facts open,” the police said in a statement.

Photos of the scene showed bunting hanging between trees and chairs scattered around trestle tables and police worked into the night around the truck before a crane and a tow truck hauled it back onto the road.

“My condolences go out to the victims, their families, eyewitnesses and first responders,” he said in a statement.

He added that he had spoken to many of the people at the scene and expressed “appreciation for the way in which people are there for each other.”