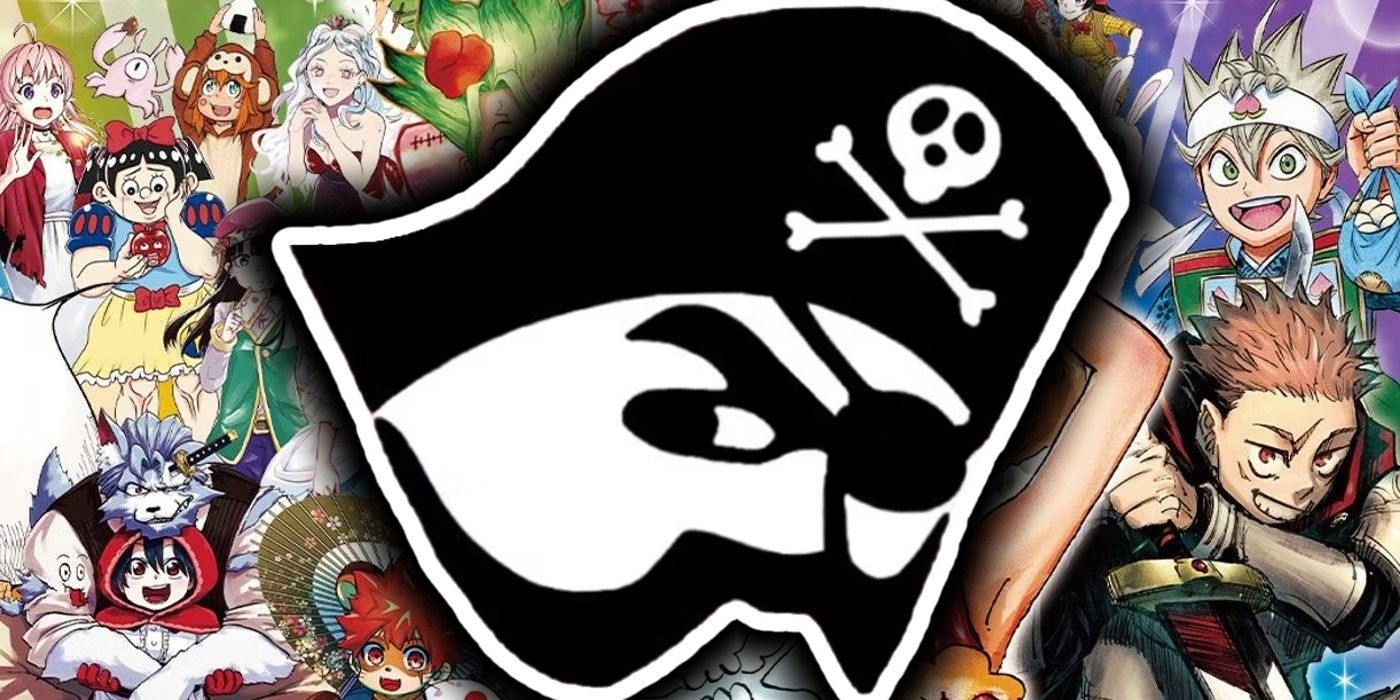 In a marketing campaign fifty years in the making, Shueisha’s top-flight shonen manga magazine, Weekly Shonen Jump, has at long last given its iconic mascot an official name – in fact, it has two!

From its humble beginnings in 1968 as a one-stop publication for individual chapters of emerging franchises, Shueisha Publishing’s shonen or “young man” manga focused publication, Weekly Shonen Jump magazine, has grown into a global authority, promoter, and influencer of all things manga. Proof of its influence is provided by its catalog of Hall of Fame titles including One Piece, Dragon Ball, Naruto, Jojo’s Bizarre Adventure, and Hunter v Hunter. It’s also been a leading purveyor of new-age manga including My Hero Academia, Demon Slayer, Jujutsu Kaisen and Tokyo Ghoul.

Related: One Manga Is Already Destined to Become Shonen Jump’s Next Mega Hit

For the entirety of its publishing history, Weekly Shonen Jump has featured a small icon of a pirate’s face on its cover. While fans have affectionately referred to the icon as the “Jump Pirate,” it was never given an official name by the magazine’s editors… until now. Early this year, Shueisha ran a campaign to gather together a list of suitable names for the mascot. After a review of all submitted names by the editor-in-chief of Weekly Shonen Jump, and its sister publications, V Jump and Strongest Jump, the official name of the Jump Pirate was announced in Weekly Shonen Jump #27. In fact, depending on what angle the icon is viewed from, there are two official names. When viewed from its traditional horizontal perspective, Jump Pirate’s official name is “Journey”. As Weekly Shonen Jump Editor-in-Chief Hiroyuki Nakano mentioned in the announcement, the name expresses the “adventure” of the characters of its manga. It might also express the travels fans enjoy in reading the manga.

However, when Journey’s head is rotated 90 degrees to the left, it reveals the face of a little girl wearing a hoodie with a “Jolly Roger” insignia. When viewed from that perspective, the official name of the mascot has been announced as “Jamie.” According to Jump J Books, a Weekly Shonen Jump affiliated book, Jamie is the 25-year-old sister of her 50-year-old brother Journey and was created in 2018 to celebrate that label’s 25-year anniversary.

The optical illusion is rumored not to have been intentional, rather being a fun accident that allowed designer Masatoshi Furukawa to create two iconic characters in one. The fact that fans were polled on potential names is appropriate for Weekly Shonen Jump‘s connection with its readers, who often get chances to express their voice via fan polls. As the popularity of Weekly Shonen Jump has grown, Journey has not only become synonymous with the magazine itself but also became one of the most recognized icons in the manga world – finally, fans know the mascot’s official name.