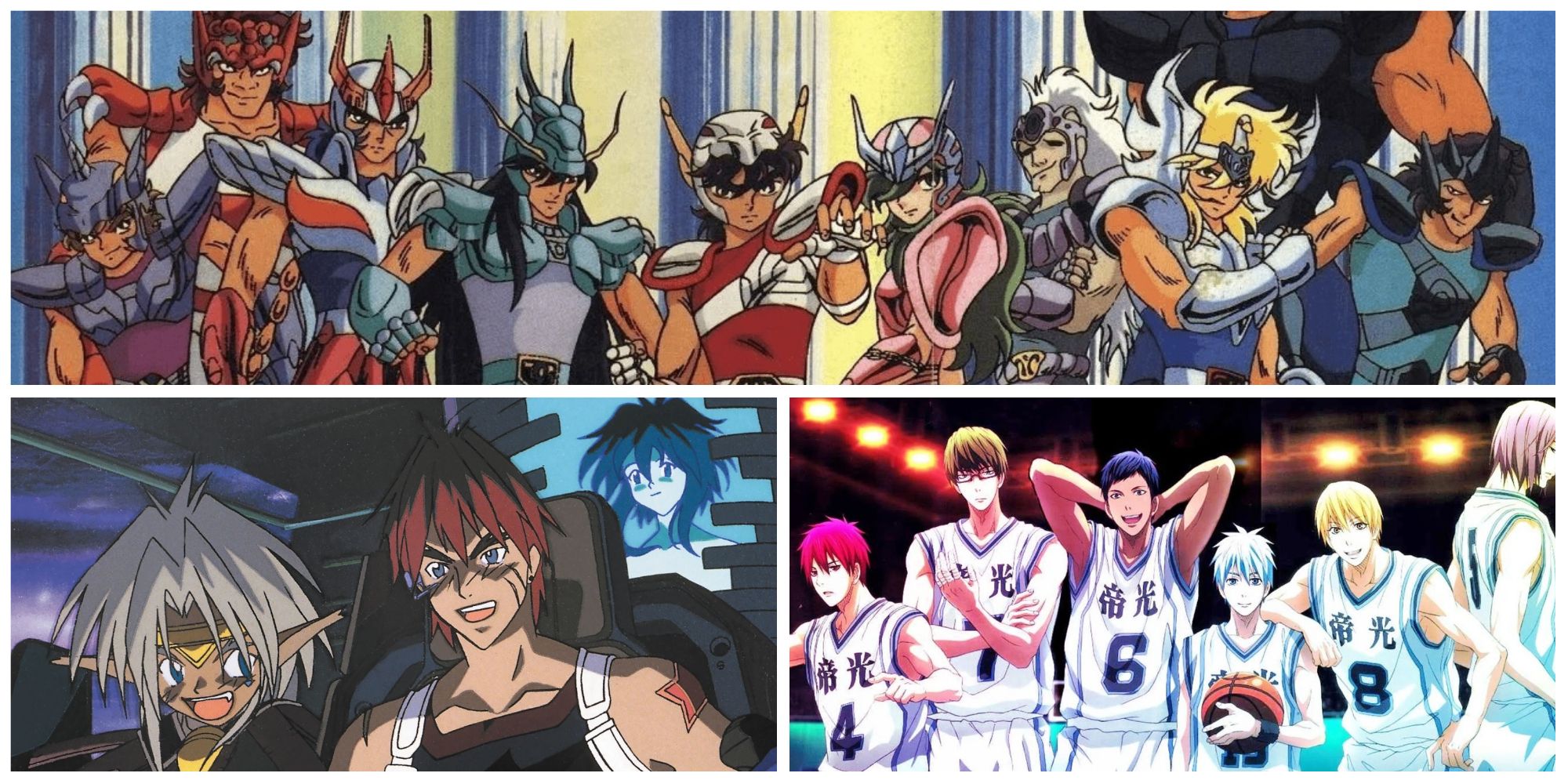 Not everyone grew up with Dragonball Z, Naruto, or One Piece, though, outside older generations, it’s hard to find those who missed out. Those shonen anime classics are everywhere, to the point where even those thoroughly uninvested may know something about them through osmosis. Dragonball has the shouty muscle bros. Naruto has the ninja with the really bright orange slacks to help him be stealthy. One Piece broke new grounds in the rap genre.

Still, there are some lesser-known gems to go with them. Kinnikuman only got a toy line outside of Japan, paving the way for its more familiar successor, Ultimate Muscle. Jojo’s Bizarre Adventure took 25 years to become more than “that OVA with the weird Capcom game” beyond its homeland. Then there are these fantastic shonen anime series, which didn’t set the world on fire but lit a spark in fans that still continues to burn.

Calling Berserk a ‘shonen’ series is like calling Lord of the Rings a fairy tale. Guts’ backstory as part of the Band of the Hawk (the ‘Golden Age’ arc) alone is much more expansive than the average superhero or fantasy show. However, the 1997 TV series adaptation was a much more toned-down affair compared to the manga. Key characters and plot points were trimmed or cut out to save time or improve ratings. The animation is also fairly limited, which the show gets around by making use of dramatic still shots and watercolor pictures.

Nonetheless, while its violent and sexual content was lightened, it’s still a grisly show, which is perhaps why it stayed a one-season wonder. It’s also still moving, engaging, and shocking. Susumu Hirakawa’s score is especially affective, fitting the series so well that he’d contribute work to later Berserk adaptations. However, those later works would be more mixed, with the so-so Golden Age Trilogy films and the notoriously janky 2016-2017 CG shows. As far as seeing Berserk animated goes, and despite its flaws, the 1997 series remains top of the tree.

An easy way to get overlooked is to be even vaguely in the vicinity of a much bigger series. Kuroko’s Basketball is a familiar story to anyone who’s into sports fiction. The students of Seirin High School aim to become Japan’s best school basketball team, especially when they have top player Taiga Kagami on the team. That’s not to mention the title character, Tetsuya Kuroko, who took his middle school to the top as part of their ‘Generation of Miracles’.

It did get a fairly favorable reception, and the show lasted for 75 episodes, gained 4 films, and a light novel series. So, it didn’t necessarily bomb. It was, however, overshadowed by the more famous basketball anime Slam Dunk. Its manga was voted as the #1 Best Manga of All Time at the Japan Media Arts Festival in 2006, and still holds up strongly next to Demon Slayer and One Piece in polls today. Kuroko’s Basketball is still fun in its own right, providing a more anime take on the sport than Slam Dunk’s realism. It’s just that being second best isn’t enough sometimes.

Speaking of being second best, Outlaw Star followed Gene Starwind and Jim Hawking as they do odd jobs across the universe. Humans have since expanded across the universe thanks to faster-than-light technology, so there’s always work to be done in one spot or another. Things take a turn when they get hold of a ship, the titular Outlaw Star, and continue its mission to discover the Galactic Leyline: a source of great treasure, knowledge, and power. The show received two light novels, and a spin-off called Angel Links.

A toned-down version of it famously ran on Toonami and Adult Swim back in the day. Then those blocks aired another space western with a similar ‘odd-jobs’ premise around the same time. It was called Cowboy Bebop. The two shows are only superficially similar, as Outlaw Star was more of a lively sci-fi romp compared to the moodier, more dramatic Bebop. Still, Bebop was more unique in its style and writing, and thus won out over Star. Still, Star did find love thanks to its lighter tone and charming protagonist in Starwind himself.

It’s one thing to lag next to bigger shows, and another to do it twice. Shaman King was about Yoh Asakura as he aimed to win the Shaman fight tournament, channel the power of the Great Spirit, and become the titular King and reshape the world. It gained a 52-episode long anime adaptation in 2001 that was shown on the Foxbox, where it gained some fans, though not enough to really catch on. It was an odd fit next to Sonic X and Kirby: Right Back at Ya!

Then the show came back in 2021. It re-adapted the manga across a new set of 52 episodes, and ran all the way up to April 2022, with an international version available on Netflix. It was more accurate to the manga this time around, though fans and critics felt the storytelling was better in the 2001 series. From paling next to Naruto, to paling next to Boruto, poor Yoh can’t catch a break. Still, Shaman King does have its fans, and they were enough to get the 2021 series an upcoming sequel. Maybe Yoh will have his day after all.

Better known in Japan as Saint Seiya, the franchise was a big hit in its homeland, receiving multiple adaptations since its first appearance in Shonen Jump back in 1986. Seiya’s adventures with the Bronze Saints received a 114-episode anime, a 31-episode OVA, a sequel, multiple films, and spin-off comics. Yet, this fame never reached the US. DIC, ADV Films, New Video, and Netflix have brought the original anime over in different forms across its 36+ year history, and none of them really caught on in English. However, that didn’t mean its success stopped at Japan’s shores.

The show reached Spain and Latin America and became a tremendous hit. It stood alongside shows like Dragonball Z and Sailor Moon as anime staples in those countries, and even exceeded them in others. Why did it catch on so well? It helped that the show wasn’t as censored or awkwardly edited as its Anglophone equivalent. Its Spanish and Portuguese dubs were also considered high quality, with the late Mexican actor Jesús Barrera being particularly well remembered. So, while it’s a cult success at best among English speakers, it’s legendary with Spaniards, Mexicans, Brazilians, and more.

MORE: The Huge Upcoming Anime Adaptation No One is Talking About