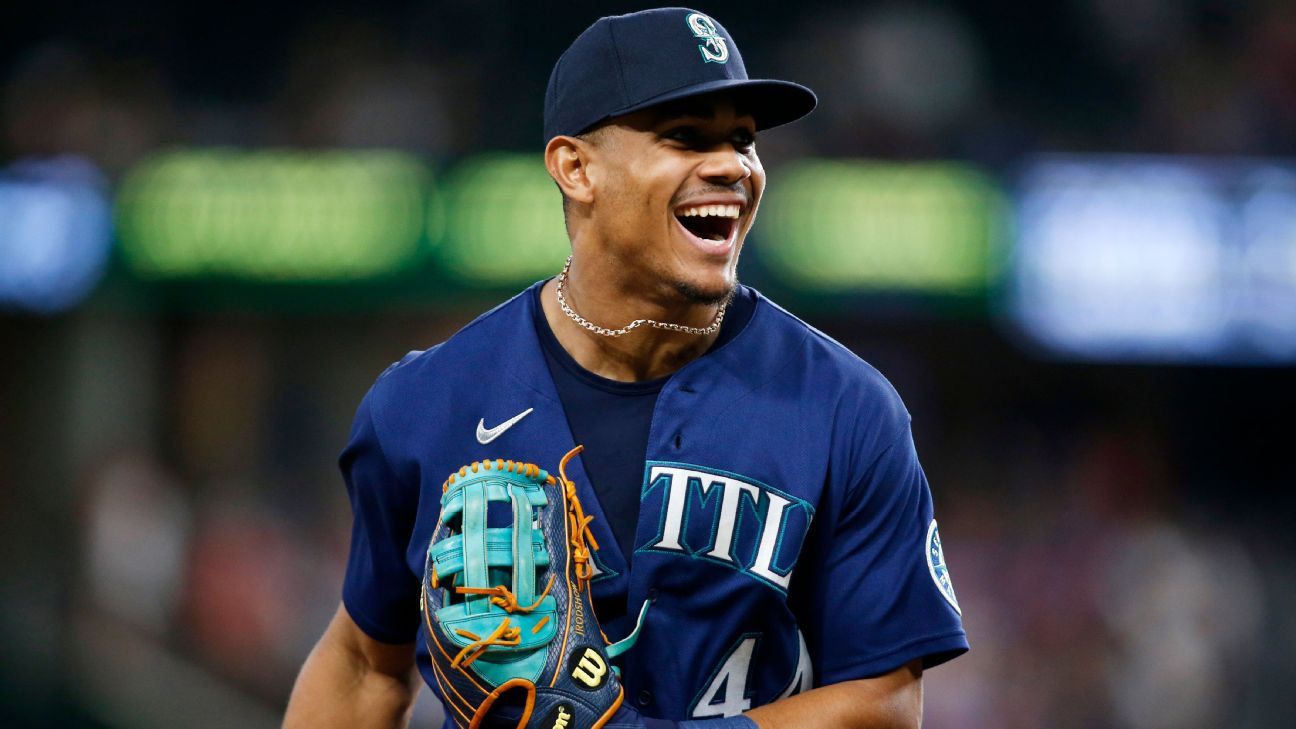 Star rookie Julio Rodriguez and the Seattle Mariners have finalize a massive long-term extension that guarantees the 21-year-old outfielder $210 million and could max out at $470 million, which would be the richest deal in American sports history, sources told ESPN on Friday.

The Mariners announced the agreement later Friday night, calling it a “historic day for Julio and Mariners fans.”

The base deal is for $120 million and lasts through the 2029 season, sources said. Following the 2028 season, the Mariners can exercise an option for an additional eight or 10 years, depending on where Rodriguez finishes in MVP voting in the preceding seasons.

If the Mariners turn down the option, Rodriguez can exercise a five-year, $90 million player option after the 2029 season or hit free agency just shy of his 30th birthday.

The Mariners’ option is where the potential money can grow into a historically large figure. If Rodriguez maxes out his MVP escalators, Seattle’s option would be for 10 years and $350 million, taking the total value of the deal to $470 million through 2039. The lowest level would be for eight years and $200 million on top of the original $120 million, keeping Rodriguez tied to the Mariners through 2037.

“Julio is among the most exciting players in the game and has only scratched the surface of what’s to come,” Seattle president of baseball operations Jerry Dipoto said in a statement. “We feel the uniqueness of this deal befits the person. His infectious personality and ability on the field are only surpassed by his character away from it. We are thrilled that generations of Mariners fans will have the privilege of watching him play in T-Mobile Park for many years to come.”

Rodriguez, a powerful and fast center fielder, became one of the most exciting players in baseball when he made the Mariners’ Opening Day roster. His dynamic skills and big personality endeared him to a Seattle community that hasn’t seen the Mariners make a postseason in two decades.

With an All-Star Game selection, an epic Home Run Derby performance and a .269/.328/.471 line with 20 home runs and 23 stolen bases, Rodriguez has made perhaps an even bigger impact than anticipated.

Signed as an amateur out of the Dominican Republic for $1.75 million in July 2017, Rodriguez was seen by scouts as a prototypical corner outfielder who could hit for power. What he has blossomed into, particularly over the past two years, is a true five-tool player with elite speed and the range for center field without sacrificing any of the power that remains one of his calling cards.

The Mariners broke camp with Rodriguez in center field. He struggled in April, striking out 30 times in 73 at-bats without a home run. Since then, Rodriguez has been one of the top players in baseball and the best on a Mariners team that is 69-57 and 2½ games ahead of the Baltimore Orioles for the final American League wild-card spot.

His deal, which was first reported by MLB.com, guarantees him the most money for a player with less than one full year in the major leagues. San Diego signed Fernando Tatis Jr. to a 14-year, $340 million contract after his second season, and the Tampa Bay Rays guaranteed $182 million over 11 seasons to shortstop Wander Franco last winter.

Rodriguez is seventh this season in Baseball-Reference wins above replacement and 16th in FanGraphs’ version. Provided he finishes high in MVP voting in future seasons, his deal is likelier to resemble that of Tatis.

While the 10-year version of Seattle’s option would necessitate consistently high MVP finishes, an eight-year, $280 million version — which would guarantee Rodriguez $400 million on the deal — is very attainable.

The potential record-setting nature of the $470 million ceiling could soon be eclipsed. Los Angeles Angels star Shohei Ohtani is set to reach free agency after the 2023 season. A year later, Padres star Juan Soto, who turned down a guaranteed $440 million from the Washington Nationals before they traded him, could be a free agent right after he turns 26.