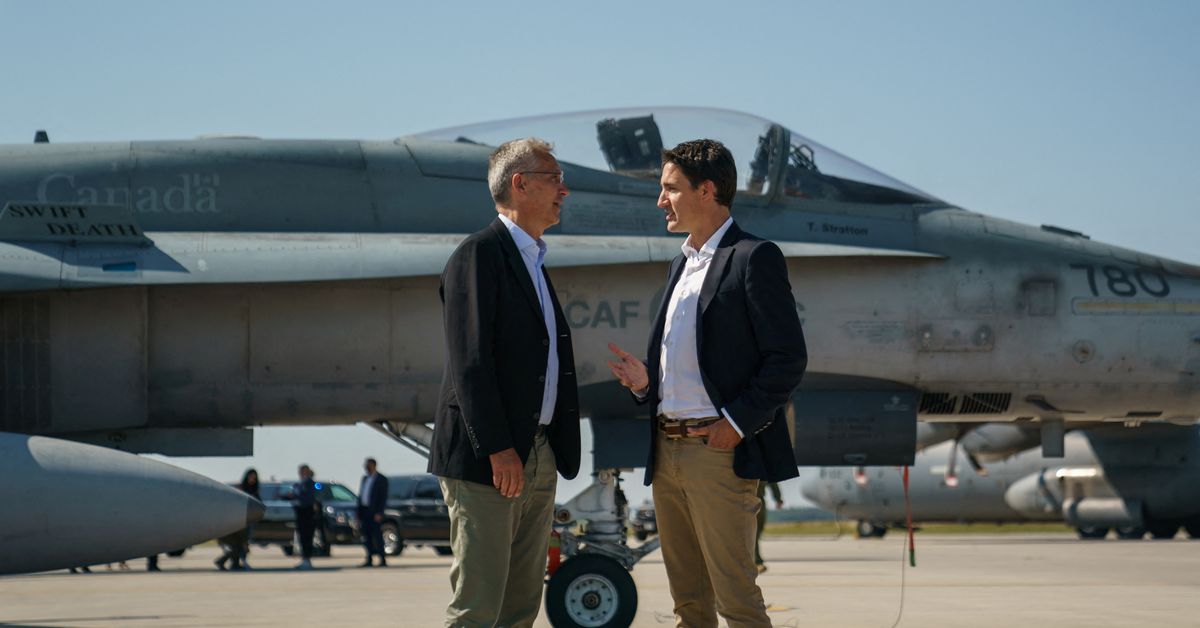 “The importance of the high North is increasing for NATO and for Canada because we see a significant Russian military buildup,” Stoltenberg said, standing alongside Canadian Prime Minister Justin Trudeau in Cold Lake, Alberta.

Russia has reopened hundreds of Soviet-era military sites in the arctic, using the region to test new weapons systems, Stoltenberg said. He also warned that Russia and China were forming a strategic arctic partnership that challenged NATO’s values and interests.

Canada has been criticized for spending too little on its military capabilities as a NATO member. But after Russia’s invasion of Ukraine in February, Canada said in June it would invest C$4.9 billion ($3.8 billion) over the next six years to modernize NORAD, the joint U.S.-Canadian North American defense organization.

“The geopolitical situation has shifted over the past months, which is why understanding that Russia is an increasing concern to all of us makes it timely for us to share with the Secretary General and with NATO all the things that Canada is doing through NORAD,” Trudeau said.

Trudeau and Stoltenberg visited Cambridge Bay, Nunavut, on Thursday, a hamlet above the Arctic Circle where a radar outpost for air defense is located. It is part of NORAD’s North Warning System, which experts say is in dire need of upgrades.

The over six-decade-old system detects security threats to North America, and its early-warning radar for the polar region dates back to the late 1980s.

Cambridge Bay is one of the main stops for vessels traversing the Arctic Ocean’s Northwest Passage between the Atlantic and Pacific oceans. The United States has challenged Canada’s sovereignty over the passage for decades, saying it is an international waterway.

Asked about the sovereignty issue on Friday, Trudeau said: “The Northwest Passage is Canadian waters. Period.”

Reporting by Ismail Shakil and Steve Scherer in Ottawa; Editing by Josie Kao