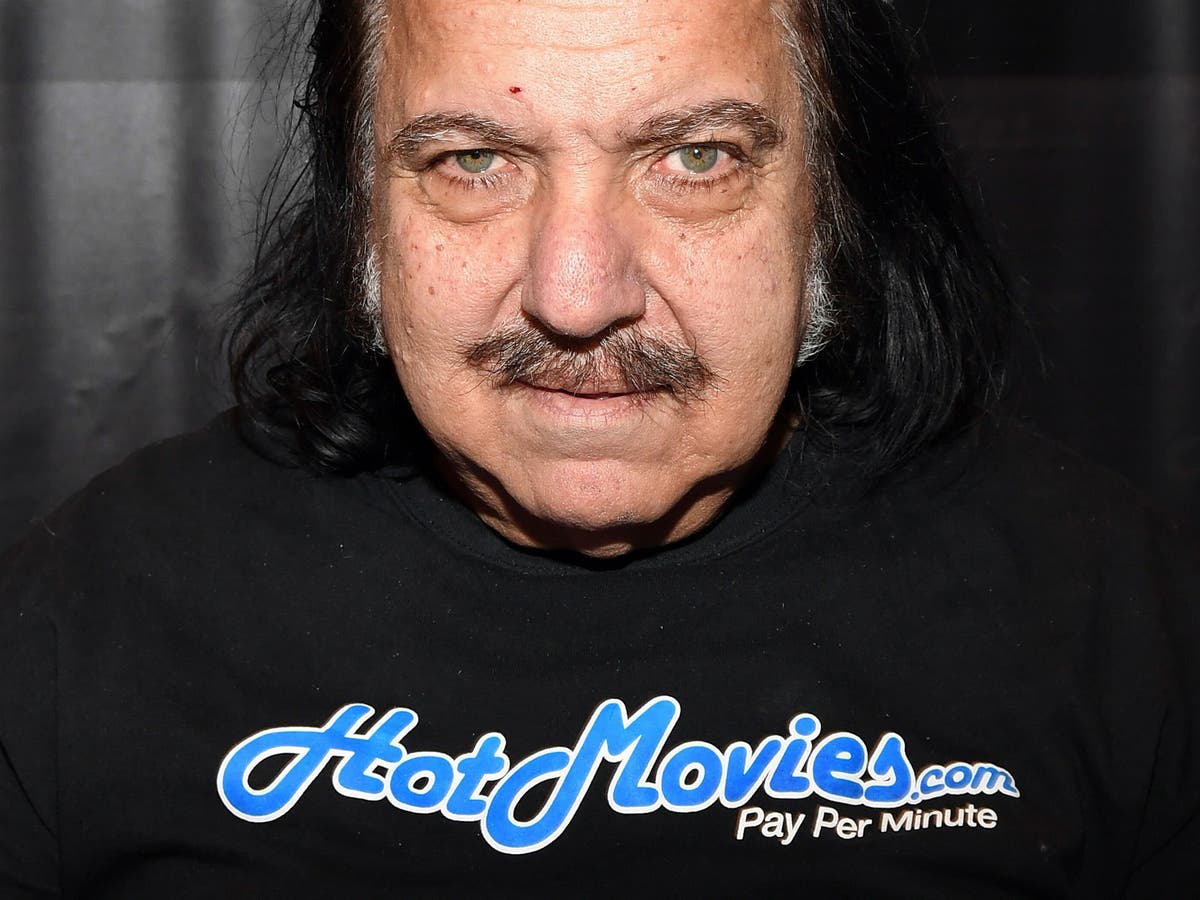 Jeremy is facing 34 charges of sexual assault, which involve 21 different women, but his case was suspended in March after he was requested to have a psychiatric evaluation in the wake of him reportedly not being able to recognise his own lawyer.

The 69-year-old, whose real name is Ronald Jeremy Hyatt, has pleaded not guilty to all the charges stretching back to 1996. His alleged victims span from the ages of just 15 to 51, with the charges comprising 12 counts of rape.

The adult-content actor has been detained in LA’s Twin Towers Correctional Facility on $6.6m bail since being arrested in June 2020.

“He reaches over to start lifting her dress,” she said. “I woke her up immediately and we left. Had I not been there, I don’t know what Ron would have done with her, but I was watching what he was trying to do. That was the first time I had seen Ron do something which wasn’t grabbing someone’s boob at a convention. This girl was asleep.”

She also recalled an incident where Jeremy allegedly sexually assaulted her when she went to the BPM magazine’s 12th-anniversary party as his red carpet date in Los Angeles in 2008.

“Ron and I are not there as a sexual date,” Ms Evans said, explaining three of her friends were accompanying them too. “I am literally there to take pictures because he doesn’t go anywhere by himself”.

She added: “It is this night where I am now sexually assaulted by Ron. Somebody’s hand comes right up behind me … and I am shocked because I am not used to having that happen.

“I immediately turn around … And I turn and it’s him. It is Ron. I am yelling at him, I probably hit him off me.”

Ms Evans said she was left feeling “embarrassed and mortified” after the alleged incident which happened in front of others, explaining she never went out with Jeremy as his date again.

“Ron doesn’t switch back,” she said. “Some of us go from Alana to Marie. I go home. I have got a family. I have got kids. That is not Ron. Ron never switches off. Ron is always Ron. He is treated that way everywhere he goes.”

After the bombshell allegations emerged in 2017, Jeremy would relentlessly call her to ask her to tell others the claims against him were false – even asking her to talk to journalists, she said.

“Ron was harassing the s*** out of me,” Ms Evans added. “He was calling me all the time. If you tell him, ‘Nah, Ron, you can’t come to a party,’ Ron is going to call everyone he knows to try and get his way into that party”.

Jeremy is accused of using his fame to routinely isolate the women he raped and sexually assaulted over the years – allegedly enticing women into a toilet at the Rainbow Bar and Grill on Sunset Strip in West Hollywood where he was a regular customer.

He is said to have tricked women into going into the bathroom by saying he would show them the kitchen where the restaurant’s famous pizzas were cooked or showing them a toilet they could use late at night when the public loos were closed.

Several women have testified that Jeremy would trail into the toilet behind them, lock the door and then use his body to prevent them from getting out before raping or sexually assaulting them.

Lianne Young, who is involved in the court case against Jeremy, echoed the comments made by Ms Evans as she told The Independent about an incident where she alleges Jeremy raped her at an industry party in front of others.

Ms Young said she was left feeling “hysterical”, and “angry”, but also “dazed”, as she almost could not believe what had just happened.

“It was almost like, that is Ron, that is what Ron does, and I’m like ‘that shouldn’t be what Ron does’,” the ex-adult actor, who has advised the Metropolitan Police on sexual violence, added.

“He is a sociopath and a psychopath,” she added. “He has no emotion and he has no guilt.”

She said she does not think Jeremy is fit to stand trial but that she disagrees with the trial being postponed. Judge George Lomeli recently said the bailiff had referred to Jeremy as “incoherent” and “not obeying commands”.