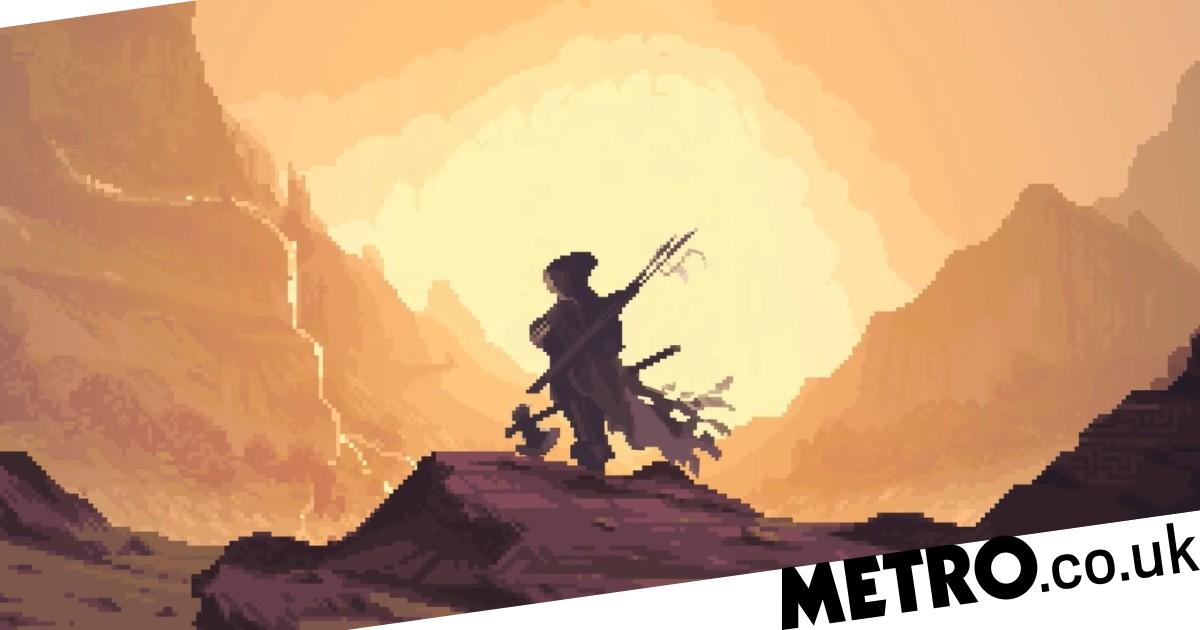 One of the very oldest video game genres is revived for the modern age, as the text adventure proves it can still tell a compelling story.

Some of the world’s very first video games were text adventures, that let you pick your own path through their interactive fictions. Early landmarks such as Colossal Cave Adventure and Zork are both from the 1970s, before the term video game had even been coined. Naturally, with the advent of more complex graphics, the genre went out of fashion, which is why it’s so refreshing to play Roadwarden, a thoroughly 21st century text adventure.

Set in a downbeat fantasy world of magic, monsters, and grinding poverty, you’re a newly minted roadwarden responsible for patrolling the highways and byways of a peninsula. Part of your fuzzily defined mission is to keep fellow travellers safe by scaring off beasts and dealing with highwaymen, but you’re also tasked with exploring the land’s commercial possibilities for your shadowy paymasters far away in the big city. There’s also the open question of what happened to your predecessor, who nobody’s seen in quite a while.

Taking place in the 40 days before the onset of autumn, you need to manage your time cautiously if you want to get anything done, which it turns out is far from straightforward, for a range of reasons. The first problem is your lack of funding and equipment. You’ve got a trusty horse, a crossbow, and a few coins, but other than that you’re on your own, needing to figure everything out for yourself, beginning with basics like where you’re going to sleep each night.

Another problem is getting around. Starting from a single point on a blank map, your peregrinations gradually populate it, adding settlements, paths, and crossroads as you feel your way around, meeting traders and mayors, and discovering the distinct personality of each encampment and abandoned watchtower. The people you meet are often just as in the dark as you are, hungering for news from other villages.

The role you play in all this depends to some extent on your character class. A fighter relies on physical prowess and an axe; mages use pneuma, the foundation of the game’s magic, and can speak the secret language of magic users; while scholars are healers and alchemists, using their academic rigour to understand the peninsula’s mysteries. However, despite the familiar roles, nothing in Roadwarden plays out in conventional role-playing style.

For one thing, considering the number of dangerous beasts knocking about, you get into fights surprisingly infrequently. They do happen, but often you’ll be able to talk your way out of them or use inventory items to avoid them altogether. It’s just as well because every battle damages your armour, which costs money to repair, and throughout the game you’ll find coins extremely hard to come by.

That means your character spends a lot of their time looking dishevelled, poorly rested, and unwashed, which in turn tends to make you seem less trustworthy, forcing you to take on tasks to prove your reliability before anyone will take you seriously. It rapidly becomes apparent that thanks to the strictures of simply surviving and getting around the map, many of your sincerely made promises end up going unfulfilled.

Unlike most role-playing games, where quests line themselves up in a neat little menu with matching map icons, here you’re left entirely to your own devices, needing to remember what you promised to whom, and when they need it. The result is an unusual degree of chaos, with forgotten missions piling up and disappointed characters quietly trashing your reputation. (The unofficial Elden Ring side quest tracker may come in handy here.)

You can help undo that, or indeed make it worse, depending on conversational choices, which start with how you present yourself, from friendly to forlorn, before moving on to the topics you choose to discuss. You’ll regularly be given clues about how an important person likes to be treated or subjects to avoid when speaking to them, but you’ll need to remember those for yourself. There’s an archive of recent scenes, but it’s not permanent, forcing you to fall back on your own unreliable memory.

While the game’s multiple choice options mitigate that to some extent, there are several points where you need to type in words yourself, just like an old school text adventure. These are generally either to ask about particular names (or at least the ones you manage to remember) or verbs like kick, cut, and search, which you can employ to try and winkle out a scene’s secrets. It works well, your choices and your mistakes permanently affecting your fortunes and the world around you.

It’s an engaging process, and unusually immersive given the simplicity of its presentation, which amounts to nothing but text and a monochrome mock-amber screen picture of the building you’re exploring. Wistful background music and sparse but carefully chosen sound effects somehow manage to bring scenes to life, adding drama and atmosphere.

Your chances of achieving anything resembling success remain limited, but the sense of muddling through as best you can feels compellingly natural and oddly realistic. You may not complete most of the missions you agree to take on, but your flailing attempts may at least have filled in more of the map or led you to a town you’ve been searching for. The overall effect isn’t triumphant or heroic, it’s organic and pleasingly human.

In Short: An atmospheric and compelling text-only role-playing game, with a realistic approach to survival and building relationships – where every action and failure comes with lasting consequences.

Pros: Unique take on text adventuring, with a nuanced and low-key atmosphere. Choices that really matter and a sense of mild chaos that feels more lifelike than the convenient neatness of most role-players.

Cons: Depending on your choices things can sometimes feel relentlessly downbeat and the lack of a quest tracker can seem perverse.


MORE : Metal: Hellsinger review – the Devil has all the best tunes