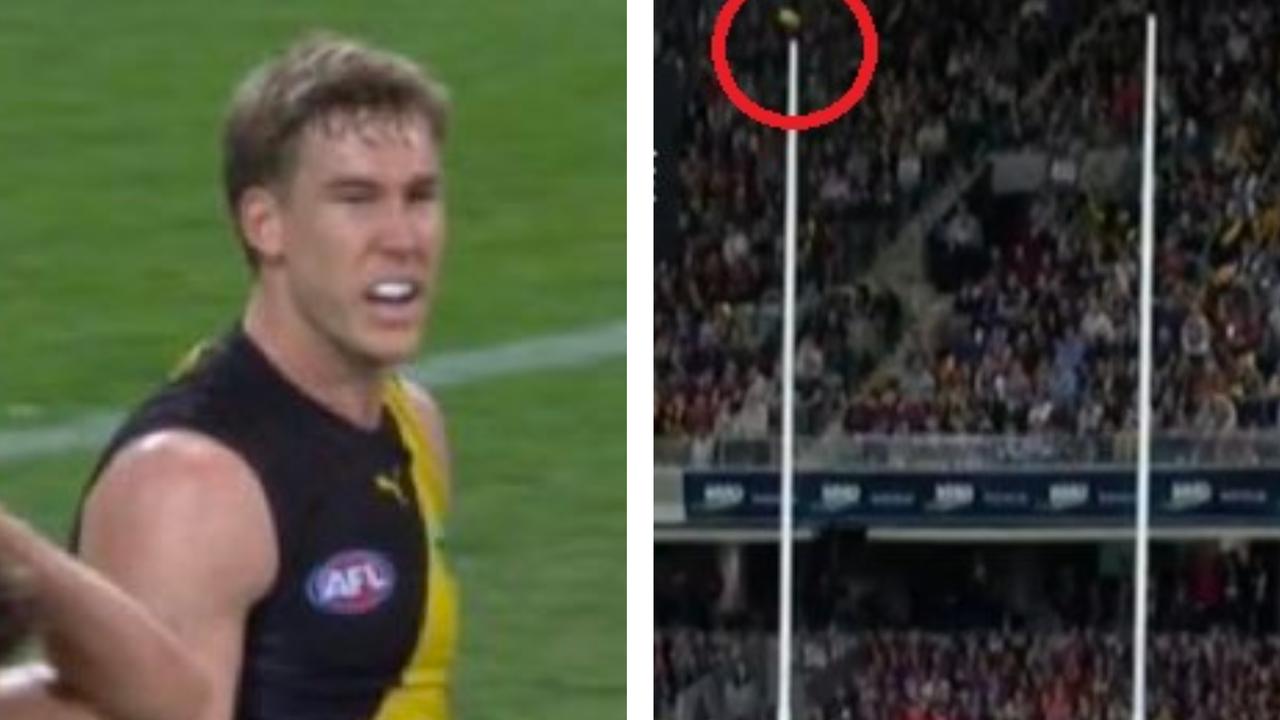 A Tom Lynch shot in the dying minutes sailed over the goalpost and the goal umpire made the soft call that it was a goal. However, after a video replay, it was ruled as a behind as it would have hit the post, meaning in theory the reviewer had sufficient evidence to overturn the call.

The AFL ticked off on the decision on Friday night after the Tigers’ two-point loss, but Richmond coach Damien Hardwick took issue with the “indecisive” system, while there was also debate over how big a factor Lynch’s reaction to his shot played – if any – in the reviewer’s decision.

Watch every match prior to the AFL grand final Live & Ad-Break Free In-Play on Kayo. New to Kayo? Start your free trial now >

Speaking on Channel Seven post-game, AFL reporter Tom Browne said: “I was told tonight from a reliable source that they do look at the player reaction as a guide and then look at the evidence.”

That detail left fellow panellist and Richmond great Matthew Richardson stunned along with many pundits on social media.

Matthews, speaking on 3AW on Friday, was another left underwhelmed by the call.

“﻿To me, no, it wasn’t conclusive and therefore overturning the goal umpire was just a gigantic decision.”

Lions coach Chris Fagan admitted he was perplexed as to what the decision would be from the score reviewer.