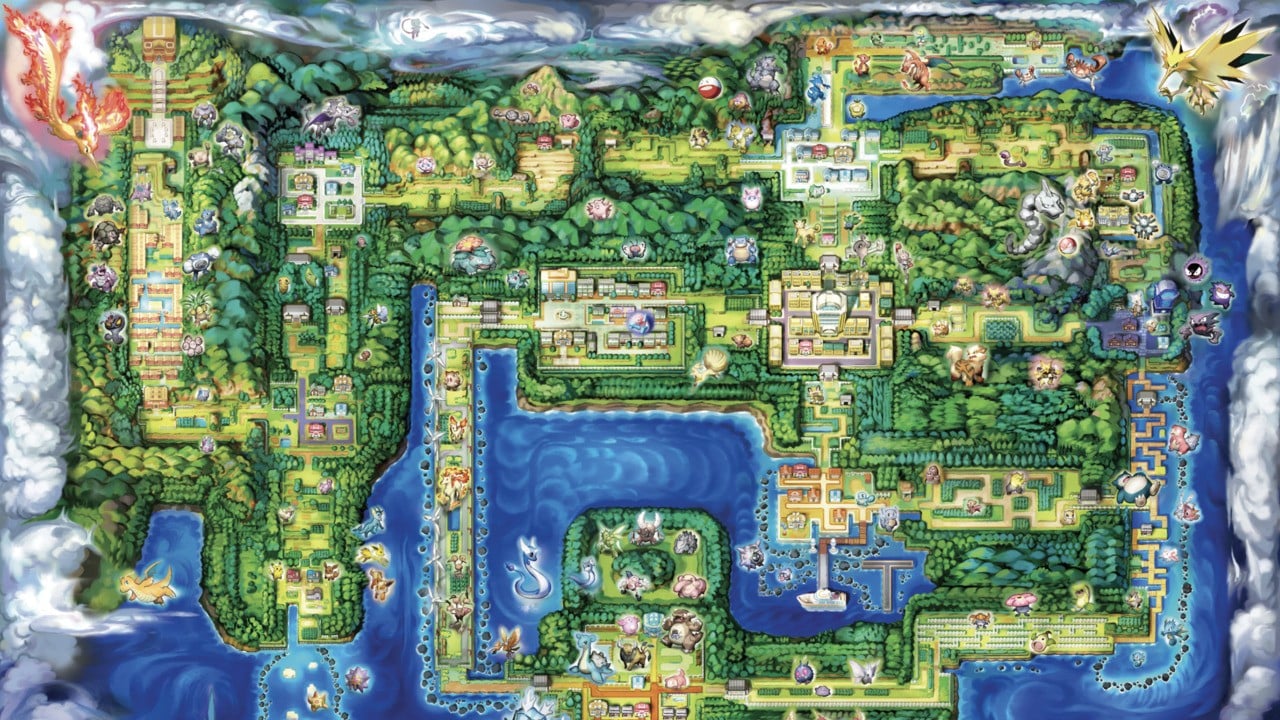 Over a hundred pixel artists came together to recreate the first ever Pokémon region: Kanto
Now you can explore the region at your own pace on our dedicated website! https://t.co/xI3LWgRseT pic.twitter.com/vadhnrDU7o— Kanto Redrawn (@PokemonRedrawn) August 26, 2022

It’s been a long process to put everything together, but we have to say that the resulting image is perhaps the most stunning depiction of Kanto we’ve ever seen. Everything is here, of course, including the starting location of Pallet Town, the sleeping Snorlax on Route 12, and of course the final controntation with your rival at Indigo Plateau.

It’s all been lovingly recreated in stunning detail with lots of added bits and bobs to really bring the region to life. Of course, we should note – however obvious it may be – that this is a static image, so there are no animations involved and certainly no chance of this thing running on any emulation software. What’s cool though is that the website gives you the option to flip between the original map from Pokémon Red and Blue and the redesigned map, so you can really appreciate the changes that have been implemented.

Here’s a peek at some of the redesigns on offer; we’re particularly enraptured by the redesign of Pewter City by @saltiestbunny:

North of Viridian City lies the southern part of Route 2. It’s buzzing with Bug Pokémon and little Ratata critters. Why don’t you relax on the bench with Pikachu for a while? @witch_warren for #KantoRedrawnhttps://t.co/cetNUkXOm3— Kanto Redrawn (@PokemonRedrawn) July 25, 2022

What do you think of the completed Kanto region pixel project? Do you wish Game Freak would create a new game in a similar art style? Let us know!