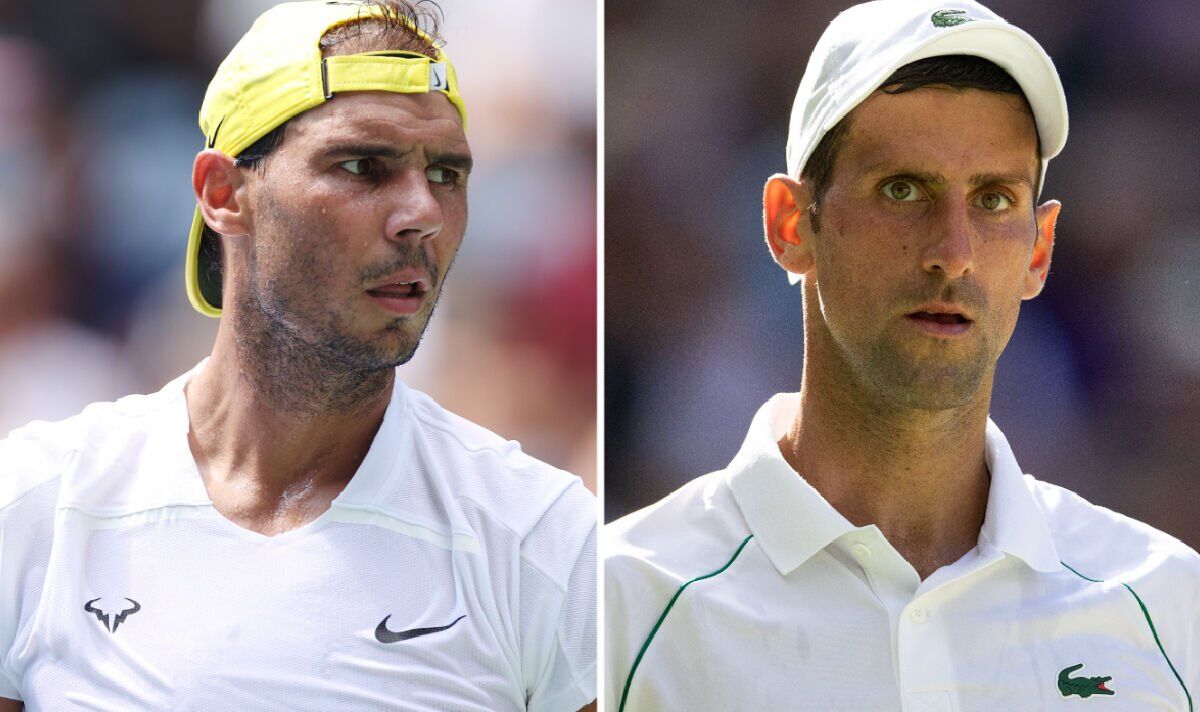 Rafael Nadal has claimed he feels “sorry” for Novak Djokovic after the Serbian’s refusal to get a Covid vaccination ruled him out of the US Open. But the 22-time Grand Slam winner insisted tennis is “bigger than any player” – including him, Roger Federer or Djokovic – before the final Grand Slam of the year.

Three-time champion Djokovic, who finally withdrew before the draw was made yesterday, reached the final at Flushing Meadow last year and was one match from completing the Calendar Grand Slam. But he was then deported from Australia – and will miss half of the Grand Slams this year despite winning Wimbledon.

Speaking in his pre-tournament press conference in New York, world No.3 Nadal said: “In some way we know that Novak will not play for a while if nothing change in terms of the rules, no? We knew this months ago.

“From my personal perspective, it is very sad news. It’s always a shame when the best players of the world are not able to play a tournament because of injuries or because of different reasons. In this case, not having one of the best players in history in the draw of a Grand Slam is always an important miss, no? As I said, tough for the fans, tough for the tournament.

“In my opinion, tough for the players, too, because we want to have the best field possible. But on the other hand, I repeat what I said plenty of times: the sport in some ways is bigger than any player.

“I fight until the end. I had my chances. Here I am practising. I am doing things the best way that I can. I hope to be ready for the action, no? That’s the only thing that I can say. I have what I have. With the tools that I have today, I hope to be competitive enough to give myself a chance.”

Asked if he was training with full intensity in New York, Nadal added: “Yeah, I am taking care with the serve, being honest. But in general terms, yes, I am practising at a high level of intensity. I’m quite happy with the way that I am playing. Of course, we need to compete later.

“But is already two weeks on the tour, even if only one professional, official match But practising every day with the guys helps me, without a doubt. I played sets every day for the last five days. That helps, of course.

“Before Cincinnati I just played two sets there before the tournament started, so it’s difficult. Even if I had my chance, the preparation was not very long, but I gave myself a chance there. It was not possible. Let’s try here again with a better preparation. From my perspective, I am practising quite well. Let’s see what can happen, but I am happy with the practices.”