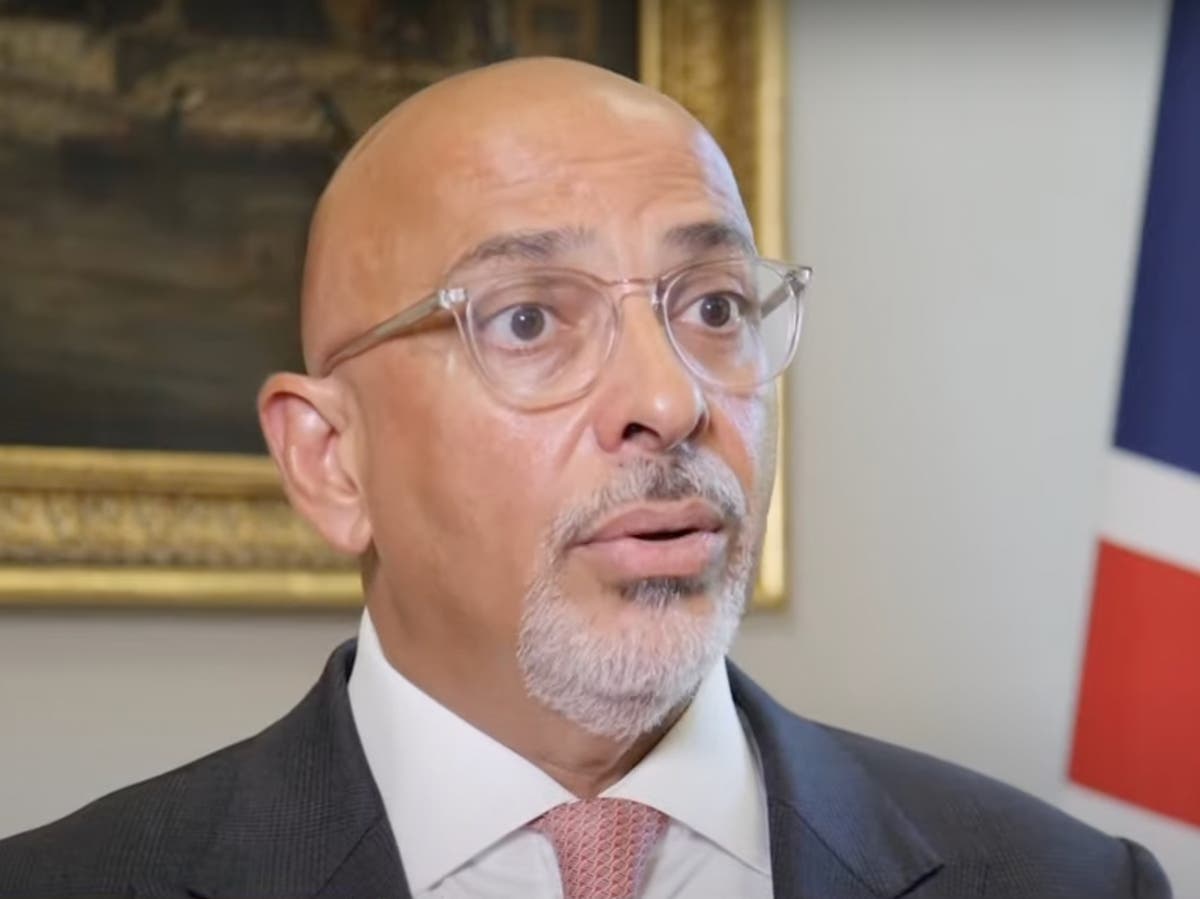 Chancellor Nadhim Zahawi has said the public should cut back on their energy use, as the government U-turns on gas and electricity consumption during the mounting energy crisis.

No 10 had said earlier this week that people should carry on using as much gas and electricty as they want because there was no risk of winter blackouts.

Boris Johnson’s spokesperson insisted there is no need for Britons to take such measures because, unlike most EU countries, the UK is not dependent on Russian gas imports.

But Zahawi, pointing to Russia cutting gas supply to European countries, said on Friday: “The reality is that we should all look at our energy consumption.”

He added: “It is a difficult time. There is war on our continent. Very few people anticipated war. Wars happen in far-flung places. It is now here with us. We have to remain resilient.”

Former government advisers had previously urged the government to copy the EU by telling the public about the need to reduce demand to avert a supply shortage – as well as helping reduce their soaring fuel bills.

Zahawi’s intervention comes as experts warn there is a risk of winter blackouts – especially if problems in Norway and France reduce their exports to the UK.

Adam Bell, the former head of energy strategy for the government, predicted a 10 per cent chance of several days this winter when “for a short number of hours some domestic consumers lose power”.

Blackouts form part of the “worst case scenario” in the government’s emergency plan, according to reports earlier this month which warned that contingency measures could be triggered by January.

Energy industry sources told The Independent they were preparing to “wargame” emergency plans next month, warning that gas power stations could be shut off to ration supplies in one scenario.

Britain imported no fuel from Russia for the very first time on record in June, official figures show, after the government phased purchases of fossils fuels from Putin’s country after the Ukraine invasion.

Meanwhile, Ofgem confirmed a staggering 80 per cent rise in the energy price cap on Friday – sending the average household’s yearly energy bills from £1,971 to £3,549 from October.

Charity leaders, Ofgem and the Energy UK – the body representing the big energy firms – all said the government “step in” and offer extra financial support to get the most vulnerable through the winter.

Zahawi said he could not commit to any further help on energy bills – saying he could only “develop options” for either Liz Truss or Rishi Sunak, depending on who becomes PM early next month.

Truss, who remains strong favourite to win the Tory contest, vowed on Friday to provide “immediate support” – but did not yet commit to any extra direct payments.

The chancellor said “help is coming” – saying he would prefer “targeted” support for the poorest from the next PM – as he admitted that the current support package would not cover the huge rises coming from 1 October.

Zahawi said: “We know that’s not enough. We’ve got to do more … we’re working up those options for both households and for business for the incoming prime minister on 5 September to take those decisions.”

Speaking to broadcasters on Friday, Boris Johnson also claimed his successor as PM will “augment” the existing “pipeline” of financial payments aimed at easing the pain of soaring energy bills.

“That is clearly now going to be augmented, increased, by extra cash that the government is plainly going to be announcing in September,” he told broadcasters.

But Truss has not yet committed to extra cash. Writing in the Daily Mail on Friday, the leadership frontrunner promised “decisive action” to deliver “immediate support” on energy bills in an apparent change of tack.

But she then repeated her previous pledges to cut taxes, including by reversing the national insurance hike, and slash green levies on energy bills.

The Tory contest favourite argued it was not “right” to announce the full plan before the contest is over or she has seen all the analysis being prepared in Whitehall.

Both Energy UK and Ofgem said either Truss or Sunak would have to “step in” and “act further” on support for struggling households.

“It’s down to government to step in and prevent a cost of living crisis becoming a cost in lives crisis,” he told Sky News – warning that the poorest were “facing Armageddon over the winter”.

Money saving expert Martin Lewis also warned that people will die this winter as the energy price cap is set to soar 80 per cent in October.

“Let me be plain, ‘doom-mongering’ or not,” he tweeted. “More help is desperately needed for poorest or people will die this winter due to unaffordability of an 80 per cent so far energy price cap hike.”

The Institute for Fiscal Studies (IFS) said the announced price rise will add an extra £490 for a typical household’s energy bill over the period from October to December.

The think tank said the support package announced by then-chancellor Sunak in May will now only cover 47 per cent of the rise, and it will cost a further £14bn to cover the same proportion of the increase in bills.

“Whoever becomes the next prime minister will most likely be announcing a substantial package of support very soon after taking office,” said Isaac Delestre, research economist at the IFS.