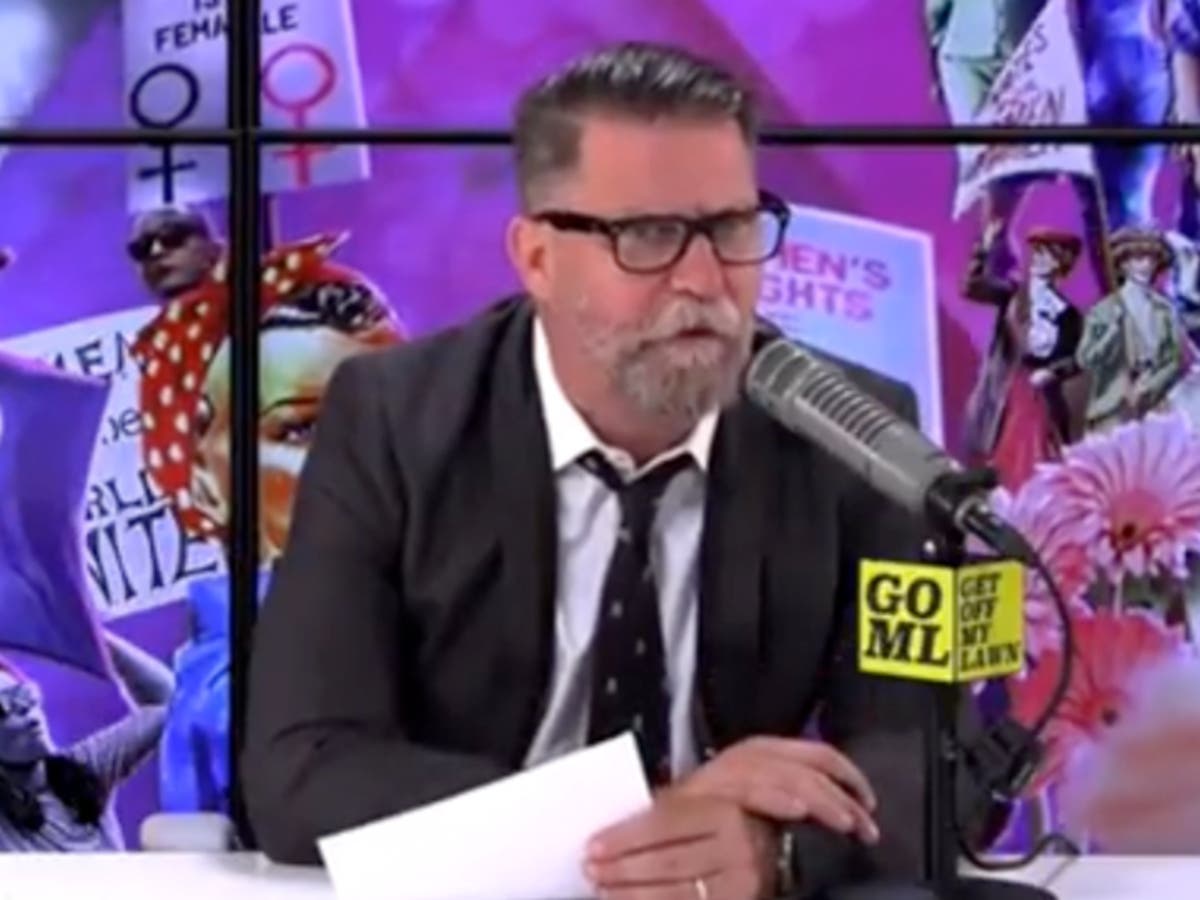 Proud Boys founder and far-right agitator Gavin McInnes was interrupted and disappeared during a livestream last night, with allies reporting that he had been arrested – possibly by the FBI.

Mr McInnes, a notoriously misogynistic, racist and homophobic activist who pioneered a now-familiar style of violent right-wing organisation blended with internet troll-style intellectual posturing, was hosting his Get Off My Lawn show on Thursday when unidentified people apparently entered his studio.

He rose from his chair without switching off his microphone and began speaking to someone off-camera.

“We’re shooting a show, can we do this another time?” he said, exchanging words with someone out of range of his microphone. “Alright, I’m happy to do that, I’ll get a lawyer, and we will sit down and have a conversation, we’ll schedule a meeting and we’ll sit down with my lawyer.”

After he told whoever he was addressing that “I didn’t let you in”, the conversation moved away from the microphone. A cleared-up version of the audio circulating on Twitter does not make it clear what was said thereafter.

The full details of who entered the studio and what happened there are not yet known. There thus far has been no official law enforcement announcement of Mr McInnes’ arrest, nor any word from Mr McInnes himself.

The NYPD and New York City FBI confirmed they have not arrested Mr McInnes on Friday morning.

However, various of his followers and associates were speculating furiously about what happened – some of them apparently convinced the FBI was involved.

Mr McInnes said on an episode earlier this week that he had spotted an unmarked police car near his house and interacted with the officers inside it.

“Today, I go outside…and there’s an unmarked police car parked in front of my house. So I walk over to it and I go, ‘How we doing?’ And they look very uncomfortable.”

Comedian Josh Denny, whose show is carried by Mr McInnes’s site, claimed that he had confirmed with “our people” that the events on the livestream were “not a bit”.

“The show goes on,” he wrote. “We aren’t canceling ANY. Working with the @censoreddottv  team and @RelocationBoss to get him out.

Mr McInnes’s usually active Telegram channel has been silent since before the incident, but his in his last post before the show appeared to allude to legal concerns.

Mr McInnes, who along with the Proud Boys also co-founded Vice Media, “disassociated” himself from the paramilitary “western chauvinist” gang in 2018, but has been seen clad in its distinctive black-and-gold regalia as recently as January, when he hosted an episode of Get Off My Lawn marking the anniversary of the 6 January attack on the US Capitol.

Numerous senior members of the Proud Boys are facing charges in connection with the attack, and are expected to face trial later this year. Mr McInnes is not among them.

According to Mr Denny, “Gavin was AGAINST going to Jan 6. He was AGAINST Charlottesville (and told Proud Boys they were out of the club if they went) but he’s rotting away in jail because he dared to question authority.”