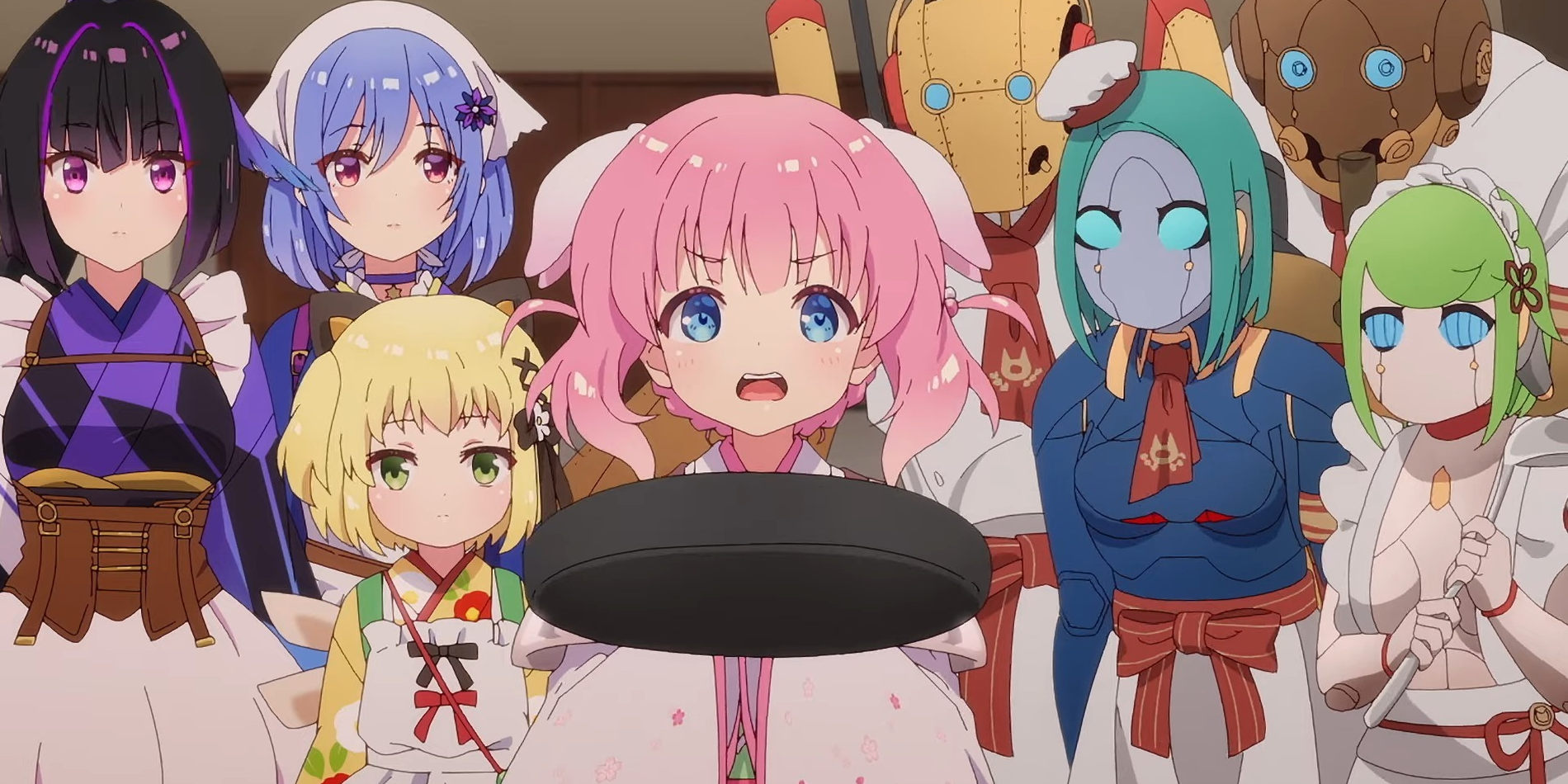 This year’s summer anime season is packed full of fascinating shows. Not only are several popular series returning for new seasons, but this season also saw the launch of several highly anticipated new titles based on popular manga. Of course, this means it is easy for shows to get lost in the shuffle and overlooked, despite being good. Prima Doll is a superb example of this, as despite being a fascinating show, it hasn’t received the attention it deserves.

Prima Doll is part of a multimedia project created by visual-novel studio Key and publishing company Visual Arts. Currently, the project features two serial novels, several figures, and this newly released anime, made by Bibury Animation Studios. While on the surface, Prima Doll might look like your average “cute girls doing cute things” show, if you look a little beyond the cute aesthetic, you find an intriguing premise.

RELATED:If the Summer Anime Season Feels Dry, Try These Overlooked Titles From the Past Year

Prima Doll follows the employees of the Black Cat Café, a high-end eatery in the Imperial Capital. However, the Black Cat Café isn’t a regular café as it is staffed entirely by robot girls. These robot girls, called Automata, were built as soldiers to fight in a massive and devastating war. However, now the war is over, the dolls try to find a new purpose, but this is easier said than done. As their creation was totally shaped by the war and its political circumstances. This search for a new purpose is made harder as the scars from the war still litter the landscape. This, plus the region’s atmosphere, makes it hard to let go of the past.

Prima Doll follows on a doll who’s lost her memories after being repaired by doll craftsman Nagi Tooma. Nagi names the doll Haizakura and allows her to work with the others at the Black Cat Café. As Haizakura tries to make sense of her situation and find her new purpose, she’ll learn about her past and discover what happened during the war. At the start of the first episode, the audience is shown a flashback that suggests that Haizakura wasn’t a regular Automata and that her creation was part of something much bigger and maybe much more sinister.

RELATED:These Summer 2022 Anime Could Become the Next My Dress-Up Darling

The show features some excellent design work. Each of the core girls has a unique and likable design. And, in a nice touch, each has a detail that acts as a reminder of their robotic status. A visual reminder of the weight they carry from the war. The other robots in the café and city also have unique designs, looking more like traditional robots than the cute girl-like Automata. However, they all feature hints suggesting their wartime purpose, further helping reinforce the show’s core theme. The environment design is also great, featuring a fun fusion of mid-century Japan and Paris with steampunk elements and design details that make the world stand out while still feeling cohesive. On top of this, multiple background elements call back to the war. Acting as a visual reminder of how difficult the girls’ quest for a new identity is.

While Prima Doll features many of the expected set pieces, with Haizakura and the other robots trying and failing to perform basic café tasks, often in an adorable and comedic fashion. The rest of the story is remarkably well-handled. The overarching plot is revealed in a very absorbing and well-paced way. The show also features some wonderfully somber moments that perfectly capture the feeling of putting on a happy face for the sake of others, despite hurting inside. As well as moments that perfectly capture the internal confusion and turmoil of trying to find your identity and trying to learn where you fit into the world around you. RELATED: Lycoris Recoil Was the Dark Horse Anime Of Summer 2022Prima Doll is a fabulous show with a lot of intriguing elements. It uses the format of the “cute girls doing cute things” genre to tell a deeper story about the effects of war and the struggles of finding your purpose and identity in the world. The show perfectly moves from the fun to the cute to the melancholy with surprising ease, and the show is clearly setting up for a big reveal that will turn audience’s opinions of the world and the characters on its head. So it’s a shame that Prima Doll hasn’t received much attention this season, as it feels like a show that many anime fans will love if they try it.