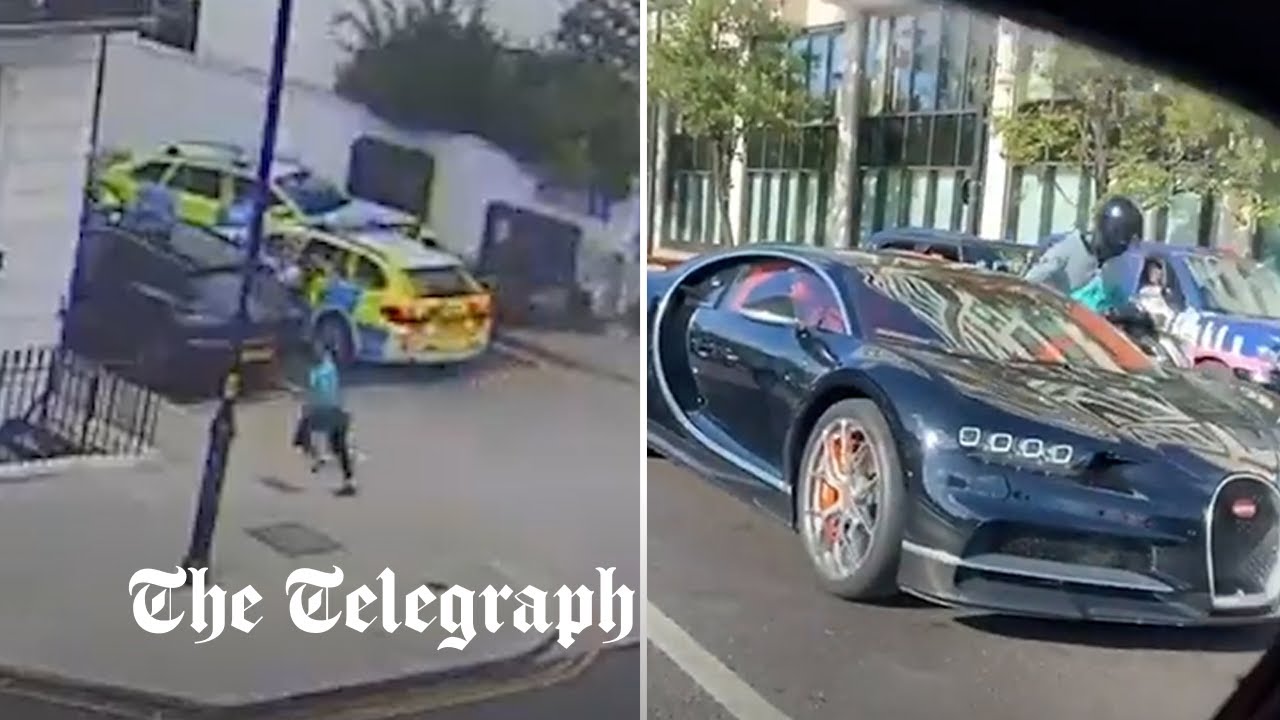 An alleged drug dealer disguised as a Deliveroo driver was filmed getting knocked down by a police car and arrested amid an intensifying clamp down on moped crime in London.

Footage from a street camera showed the moped rider getting cut off at the end of a residential road by the police vehicle, as another marked car closes in behind.

The driver – wearing the distinctive turquoise jacket of Deliveroo riders – then attempts to make good his escape on foot before being chased down by Met Police officers.

It has prompted calls for the delivery firm to take steps to stop its jackets falling into the hands of criminals, after a similar incident last week.

On Sunday, near Hyde Park Corner, a thief on a moped wearing a Deliveroo jacket was filmed smashing the window of a £3 million Bugatti hypercar with a hammer and stealing the driver’s rare Rolex.

The £110,000 watch belonged to Abdullah F. Al Basman, the Kuwaiti millionaire, who is seen in viral footage of the attack being helped out of his smashed vehicle.

A spokesman for the Met Police said the incident on Thursday was not thought to be linked to the Bugatti incident several days earlier.

The man in the latest video was spotted by officers from the Met’s Operation Venice, which is tasked with tackling crime carried out by criminals riding mopeds, motorbikes and e-bikes, at around 4.25pm in west London.

He refused to stop and the officers gave chase, before he was eventually detained close to Kings Road.