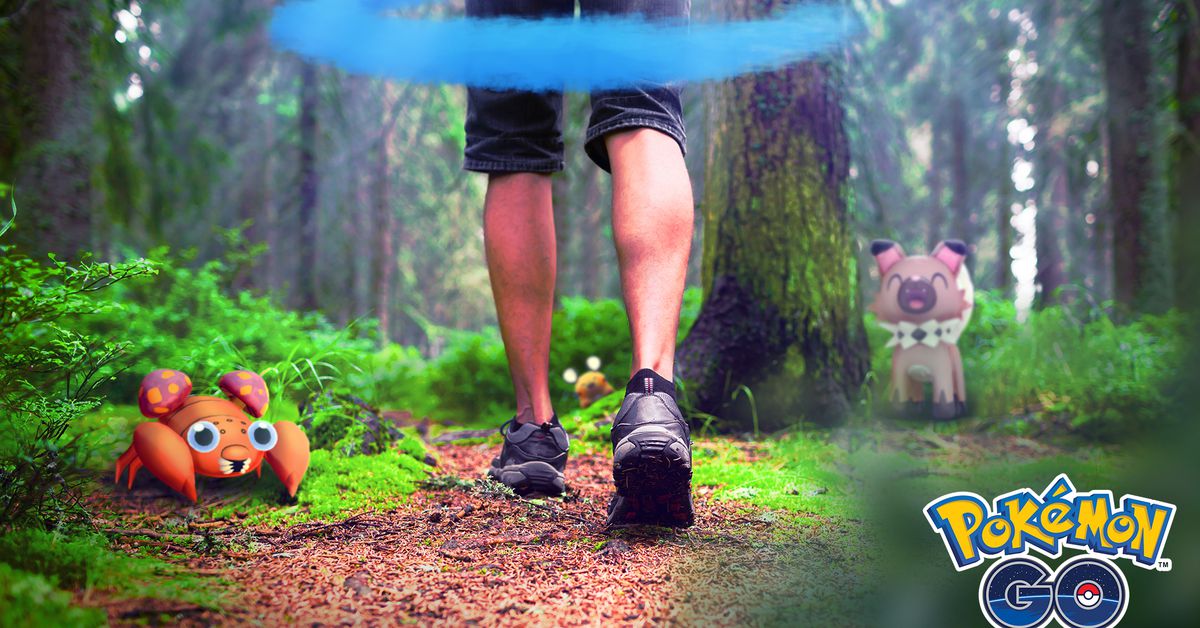 Pokémon Go’s player base is divided into haves and have-nots. Players who live in robust towns or major cities have easy access to multiple PokéStops to earn items, gyms in which to do battle, and spawns where they can catch Pokémon. But for players in more rural and remote areas, Pokémon Go is a game of conservation, and sometimes starvation. Many players don’t have access to daily PokéStop spins where they can earn Poké Balls or encounter Pokémon in the wild.

Niantic finally has some relief for the have-nots: a new free item called Daily Adventure Incense that, for 15 minutes a day, brings Pokémon to you, including creatures not normally found in the wild. The only catch is that you need to be actively on-the-move for it the incense to work. Players who use their Daily Adventure Incense will get a fresh new Pokémon spawn every 30 seconds, similar to how the existing standard Incense item works while walking.

Daily Adventure Incense also comes with a bonus batch of Poké Balls, if players are running low (meaning they have 30 or fewer total Poké Balls in their inventory when they pop the new incense).

The best part? Daily Adventure Incense is free, and Pokémon Go players will get a dose of that new Incense every day — but they can only hold one at a time.

Niantic has made several pandemic-related gameplay concession to Pokémon Go since 2020, including adding Remote Raid Passes and making it easier for players to reach PokéStops and gyms from farther away. Some of those changes have since been revised or rescinded. Daily Adventure Incense is a different kind of example, one that looks to the past, not just the present.

“Coming out of the past two years of this pandemic, something we’ve been really thinking about is how the world has changed in many ways, in terms of people’s daily habits and routines,” Pokémon Go live game director Michael Steranka told Polygon in an interview. “Something we really wanted to do was to meet players where they are in this new environment, and offer the Pokémon Go experience to people who are maybe staying a little bit closer to home than they were two years ago, and maybe don’t have a PokéStop near you that you can spin every day.”

Steranka said that one Pokémon Go player he knows — his mother — was a major inspiration for the mobile game’s newest feature, which rolls out to players this week.

“She plays Pokémon Go, but she lives in an area that doesn’t have a PokéStop nearby,” Steranka said. “So she’s always begging me to send her gifts and whatnot to give her the Poké Balls that she needs to play. So we really wanted to create a feature that meets players [like her] where they are, and offers the full Pokémon Go game loop, no matter where you are in the world, at least for 15 minutes a day.”

Daily Adventure Incense further ties into Niantic’s mission of getting players inspired to move, explore, and interact with other people face to face. The goal, Steranka said, is to help encourage people to go out on a daily basis, “step away from your computer, [and] get a breath of fresh air.”

“For myself personally, I’ve had many days over the past two years, where I’ve gone from my bed to my computer back to my bed,” Steranka said, “and that’s kind of been my life. This feature is a great reminder every day to break it up a little bit, go walk around the neighborhood, catch some awesome Pokémon while you’re at it, and you know, take a little daily adventure.”

Even players who live in populace cities or towns where PokéStops, gyms, and pockets of Pokémon are easily accessible will have a reason to use Daily Adventure Incense: The item will attract Pokémon that may not be in the game’s current pool of spawning creatures. Only a subset of Pokémon appear in the wild as part of Pokémon Go’s seasons and special events, and Daily Adventure Incense will draw from another large pool of collectible monsters — including some rarities.

“There are hundreds of Pokemon that will be available through this, so everybody’s adventure will be different,” Steranka said. “And we’re really excited for people to share with each other what you encountered throughout the day. We’ve packed a fair amount of surprises through this feature that we’re really excited for people to discover and share.”

Pokémon Go players will be able to share their Daily Adventure Incense haul with a new report card-like snapshot that tallies every type of Pokémon caught during the 15-minute daily window. That’s an opportunity to not just brag about your brand-new Pokémon, but a chance to let friends know, “Hey, I got off the couch today.”