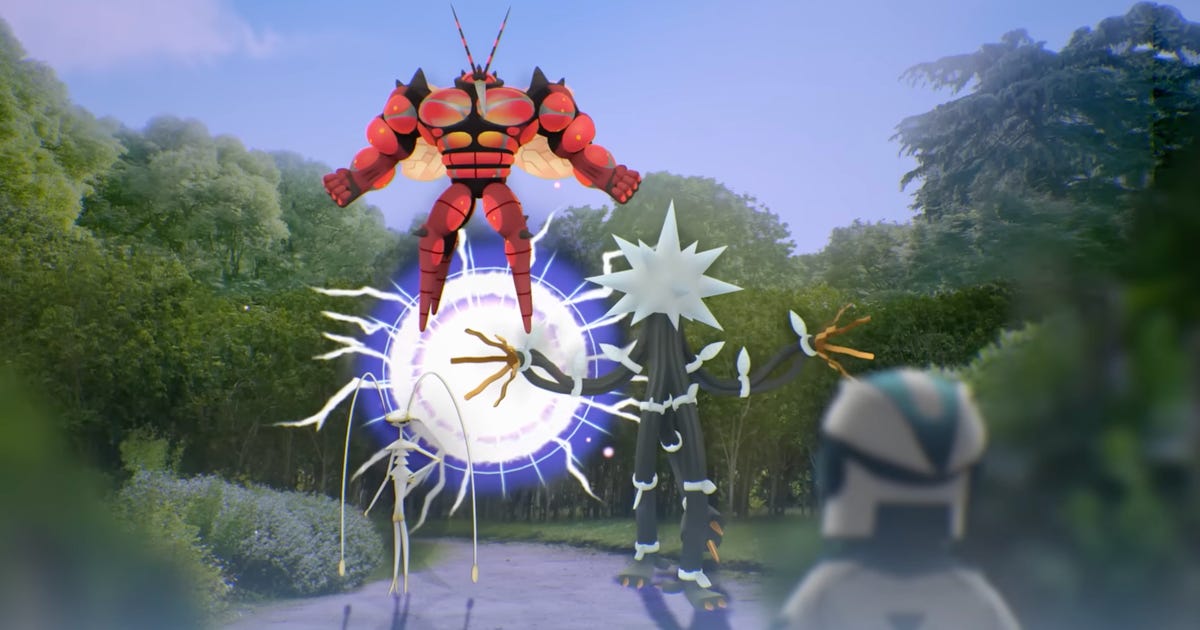 Three new Ultra Beasts have invaded Pokemon Go. Xurkitree is appearing in five-star raids along with Buzzwole and Pheromosa during today’s Pokemon Go Fest: Finale event, giving players around the globe a brief chance to capture one. Here are some tips to help you catch the Pokemon before it returns to Ultra Space.

Like Buzzwole and Pheromosa, Xurkitree will appear in raids during specific times today, which means you only have a few hours to catch one.

The Ultra Beast will be the game’s sole five-star raid boss from 2 to 4 p.m. local time. After that, it’ll continue appearing in raids — along with Buzzwole, Pheromosa and Nihilego — for the remainder of the event.

Here are all the times Xurkitree will be available in raids:

Xurkitree is a pure electric-type Pokemon, which means it only has one weakness: ground Pokemon. Ground types deal twice as much damage to the Ultra Beast and resist its electric-type attacks, so you’ll want to stack your team with them when joining a Xurkitree raid.

Here are some great Pokemon to use against Xurkitree:

The Pokemon Go Fest: Finale event ends at 6 p.m. local time today. Along with the Ultra Beasts, you can encounter a few other special Pokemon during the event, including Pikachu wearing a Shaymin scarf and shiny Munna.