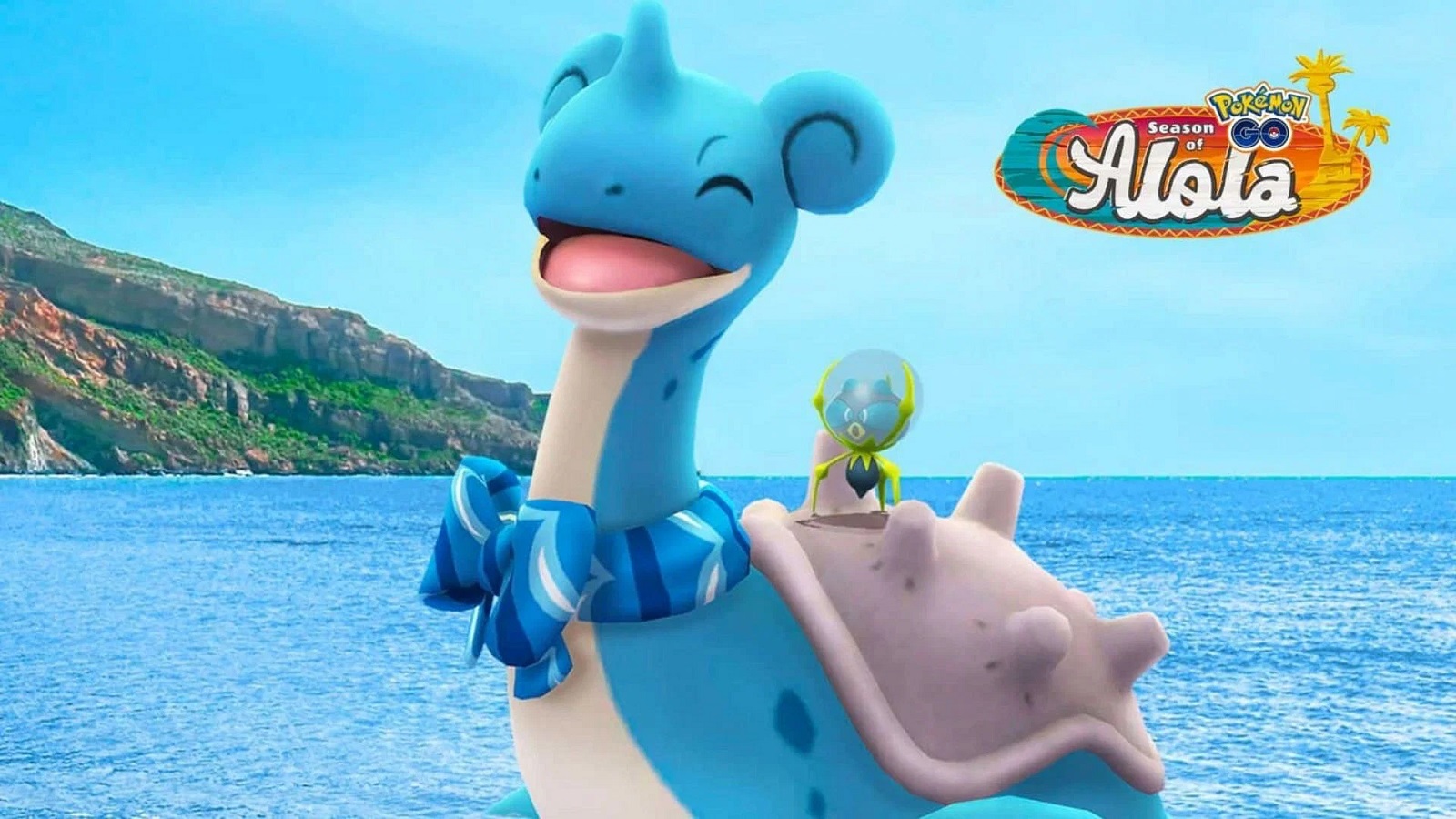 A Pokemon Go fan has achieved the ultimate milestone, trading for a Shiny “Drip” Lapras that ends up being Lucky. The trade comes after a long-standing dedication and love for the specially-dressed Water-type.

One of the most exciting parts of playing Pokemon Go is finding a specific species that is near and dear to a player’s heart. For some, this is the well-loved mascots Charizard and Pikachu, but others have their affections set on more surprising options.

In recent months, Pokemon Go has hosted several exciting events, including the Season of Alola long-term celebration during the spring. During this time, players had the chance to participate in the Water Festival, which hosted a few Pokemon wearing event-themed accessories.

While Legendary Pokemon Tapu Fini was meant to be the centerpiece of the event, a Kanto Water-type ended up stealing the show. This “Drip” Lapras, which could be caught wearing a little striped scarf tied in a bow around its neck, had players hitting raid stops in a desperate hope to catch it Shiny.

In the video, the Pokemon Go player trades a Shiny Rayquaza for a Shiny “Drip” Lapras. However, as the trade animation begins, the screen turns to gold, indicating a rare Lucky trade has populated.

The Lapras fan expresses their joy, with the comment above the video reading, “I wanna make some kind of quip or Joke rn, but I genuinely can’t think about anything in my current mindset, so I’ll just post the video of the trade. Still losing my mind currently.”

Other Pokemon Go players have filled the comments, with Hello_Cactus saying “The drip finally dropped” and depressedlapras adding “congrats!!! you beat the game!!”.

Other players share their congratulations, celebrating with the Pokemon Go trainer on the truly spectacular achievement.

Finding the perfect Pokemon to complete a collection is always a satisfying moment for any player, but when luck is a factor, the win is always that much more fun.