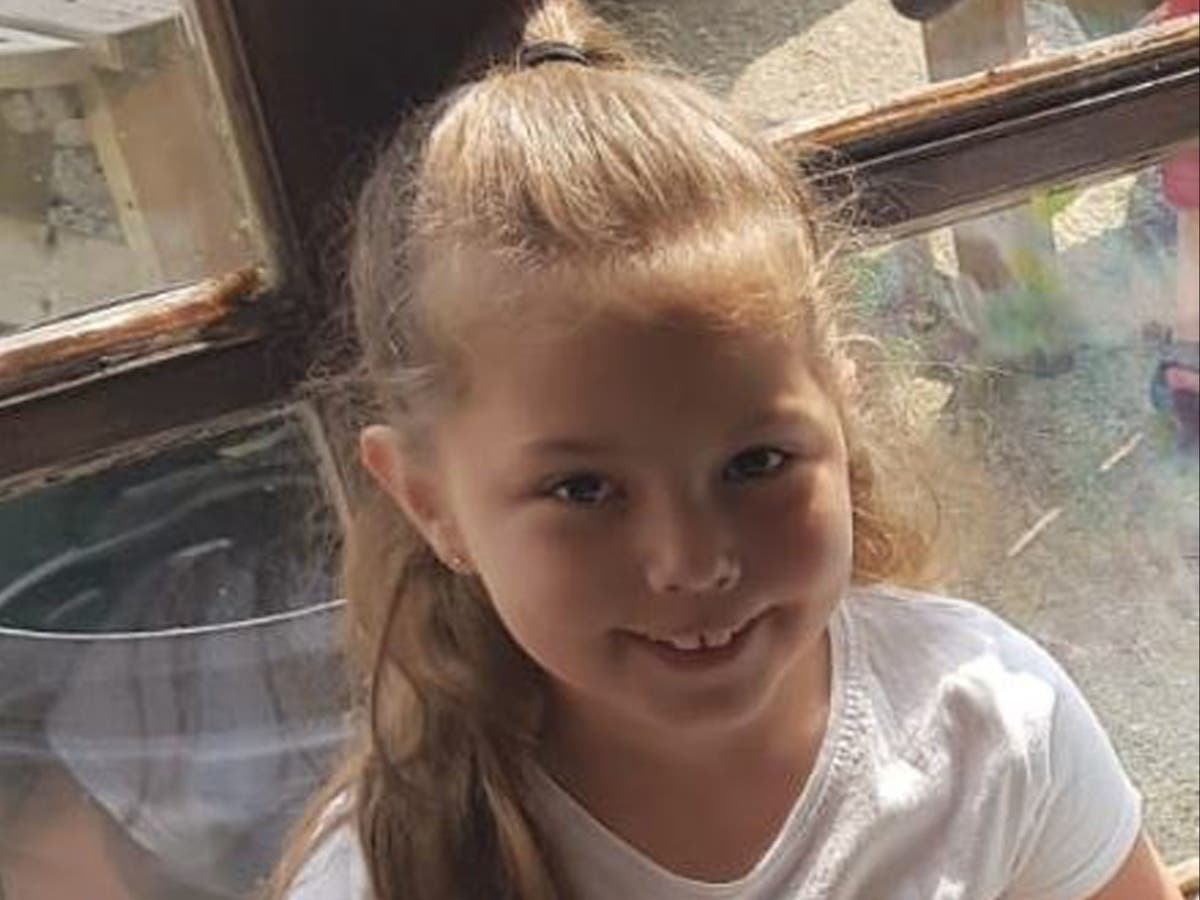 A 33-year-old man has become the second person arrested on suspicion of the murder of nine-year-old Olivia Pratt-Korbel in Liverpool.

He was also arrested on suspicion of two counts of attempted murder and remains in custody for questioning, the force said.

A Merseyside Police spokesperson said: “The investigation into Olivia’s tragic murder is ongoing and we still need to build up a strong evidential picture so that we can bring those responsible to justice.”

Earlier on Friday evening, detectives released an image of a black Audi Q3 thought to have been carrying the intended target of the shooting, Joseph Nee, to hospital.

They also released footage of the first suspect arrested on suspicion of Olivia’s murder, a 36-year-old from the Huyton area, being detained on Thursday. He also remains in custody.

Convicted burglar and drug dealer Nee is understood to have burst into the youngster’s family home when her mother, Cheryl Korbel, opened the front door after hearing a disturbance.

The killer chased him inside, firing indiscriminately, wounding Nee and Olivia’s mother Cheryl, and killing the nine-year-old. Her older brother and sister were in the house but upstairs at the time.

A man who was with Nee but escaped unharmed has now been identified, while the driver of an Audi Q3 that collected him from Olivia’s house and took him to hospital has also been questioned by police.

Home secretary Priti Patel said gun crime in the UK is a “major concern” as she visited the scene where Olivia was shot dead.

It comes as Ms Patel said the Home Office will give Merseyside Police an extra £350,000 to focus on “getting weapons off the streets” and tackling organised crime. She also launched a £150,000 “care package” for Liverpool residents.

Ms Patel is yet to meet Olivia’s family, but told reporters she is “getting in contact” with them and said her thoughts are with them at this “really devastating and sad time”.

In other developments, Det Ch Supt Mark Kameen, of Merseyside Police, praised the level of support from communities as “phenomenal”, but continued to appeal for anyone with information to come forward.

“I am incredibly grateful for the sheer levels and volume of information that we have received so far,” he said. “This level of engagement, this level of cooperation, and this level of working together simply must continue.”

And he added: “Again, I would ask those who operate in the criminal fraternity to search their consciences around these three attacks and come forward.”

Officers said they are still seeking information on the shooting and have asked people to come forward with whatever information they have. The footballing community in Merseyside has also joined the appeals.

In a tribute to Olivia, her family said the nine-year-old was “a unique, chatty, nosey little girl who broke the mould when she was born”.

“Liv was adored by everyone who knew her and would instantly make friends with anyone and everyone. She was often seen going up and down the street on her new bike she had just got for her birthday,” the tribute read.

It went on to appeal for anyone with information to come forward. “If anyone knows anything, now is the time to speak up. It is not about being a ‘snitch’ or a ‘grass’, it is about finding out who took our baby away from us. Please do the right thing.”

Football unites against violence in Liverpool

On the flowers from Everton FC, a message read: “RIP Olivia. No words will lessen the pain or explain such a tragedy. Our city stands united. Forever in our thoughts.”

A card on the floral tribute from Liverpool FC said: “Rest in peace, Olivia, with deepest sympathy from all of us at Liverpool Football Club. You’ll Never Walk Alone.”

It comes as Aston Villa head coach and former Liverpool captain Steven Gerrard said he was “personally devastated” by the tragedy. The Villa manager said it had been a “tough week for everyone from Liverpool”.

“I’ve got a 10-year-old daughter myself – so I can’t imagine what the family are going through right now. And I hope that the family get justice as soon as possible. I suppose the message I wanna give is, do the right thing.”

Two Everton FC players, along with manager Frank Lampard, have called on communities to come together. Midfielder Tom Davies said tragedies like Olivia’s killing “are occurring far too often”.

He added: “Enough is enough. Our communities need to come together now more than ever. If you know anything about the incident, please let the authorities know. Gun and knife crime is no part of our city. So please, let’s come together to help stop this.”

Frank Lampard added: “Keeping quiet is not an option. Enough is enough. Whose side are you on?”

Olivia’s killing occurred during a spate of violence in the city, which has seen three people killed in a week.

Sam Rimmer, 22, was shot dead in the Dingle area on 16 August, with three people since arrested. Police say they do not believe the killings are linked but are keeping an “open mind”.