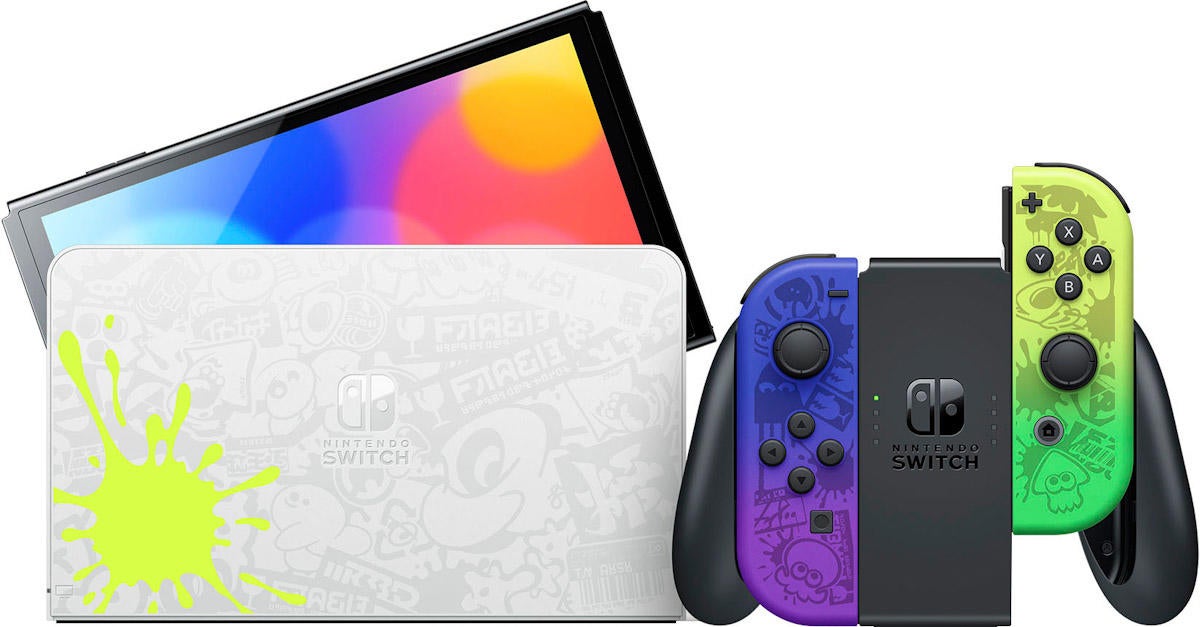 If you are in the market for a Nintendo Switch OLED, you might want to consider passing on the standard version and get yourself one of these colorful Splatoon 3 special editions. It’s absolutely covered in Splaoon-inspired “graffiti”, and the blue and yellow gradient Joy-Con controllers might be the best looking variant to date. Pre-orders are open now via the links below, just keep in mind that the new console design doesn’t actually come bundled with Splatoon 3. You’ll have to purchase the game separately when it launches on September 9th.

The Splatoon 3 Nintendo Switch OLED will is available starting today, August 26th, so you’ll have plenty of time to enjoy it before the game drops in September. We expect sellouts, so jump on it while you can. You can pre-order the game here on Amazon now.

In addition to the 7-inch OLED screen, the new Nintendo Switch features a bump to 64GB of internal memory, a wired LAN port, enhanced audio, and a wider adjustable stand. As for the technical specs, Nintendo did not make any of the upgrades that gamers were hoping to see – namely a more powerful processor, 4K video output, and better battery life. The larger, OLED screen and enhanced audio are the main draws here. In our review from late last year we noted that the Nintendo Switch OLED is only an incremental upgrade from the original Nintendo Switch, but it is still a welcome one.

As noted, Splatoon 3 is set to release for the Nintendo Switch on September 9th. The new entry in the colorful franchise centers around the Splatlands, described as “a sun-scorched desert inhabited by battle-hardened Inklings and Octolings.” You can check out all of our previous coverage of the upcoming Nintendo Switch video game right here.