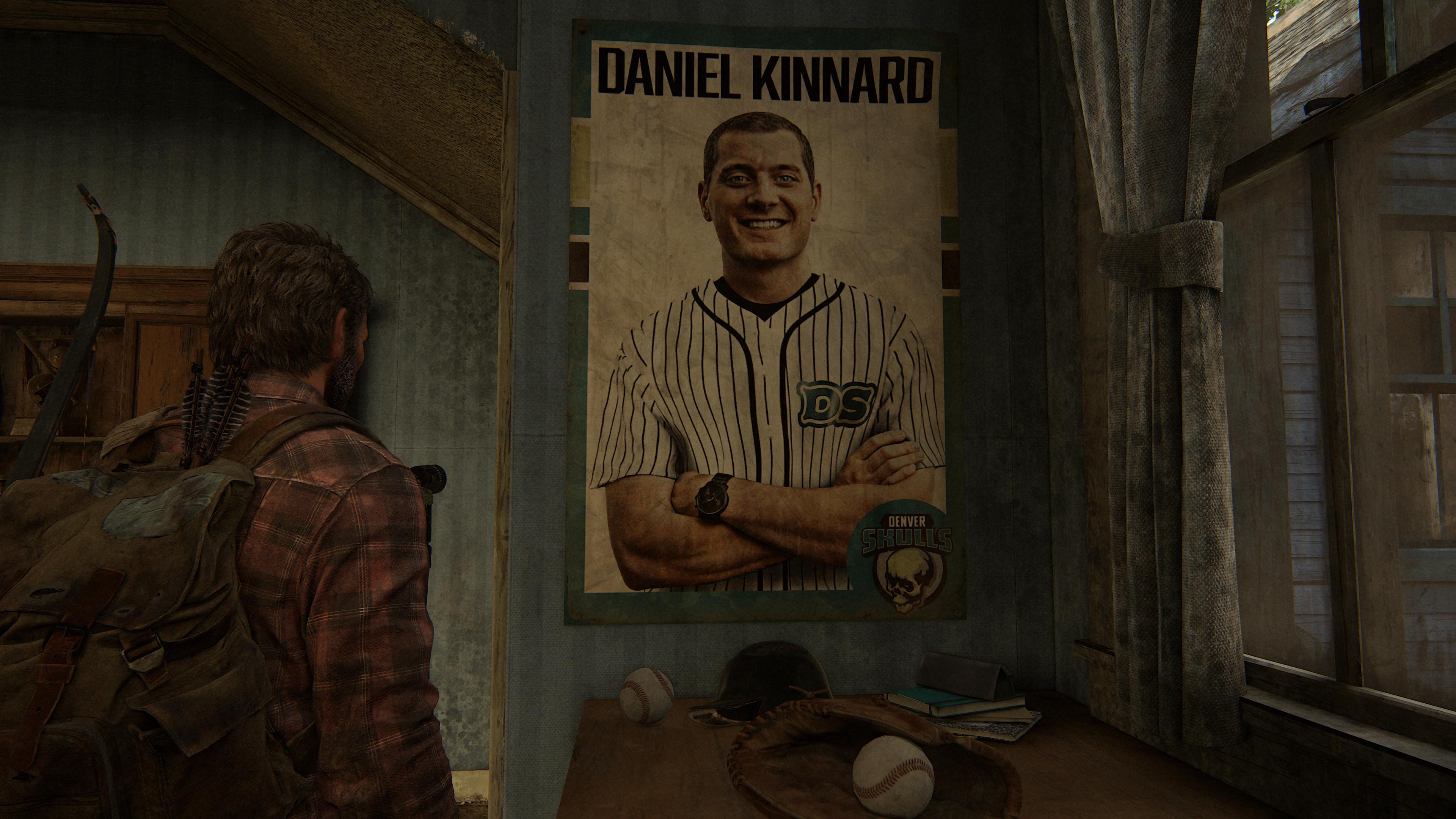 A touching tribute from Naughty Dog can be found in the newly-released Last of Us Part 1 for the PlayStation 5.


This tribute recognises the work of Visual Arts producer Daniel Kinnard, who passed away during the game’s production.


His image can be seen immortalised within the game, where the developer has been reimagined as a pro baseball player for the Denver Skulls on a poster adorning the walls of the farmhouse players search when looking for Ellie.


Sharing this image, animator Robert Morisson called Kinnard a “wonderful person” and asked that fans share this picture so “people can know his name”.

This is hard for me to post. But something very special. Daniel was a producer at Visual Arts. He passed away during development of the game. Naughty Dog immortalized him here. He was a wonderful person. Please share so people can know his name. #PS5Share, #TheLastofUsPartI pic.twitter.com/GxoarYNRGe


The Last of Us Part 1 launched today for PS5.