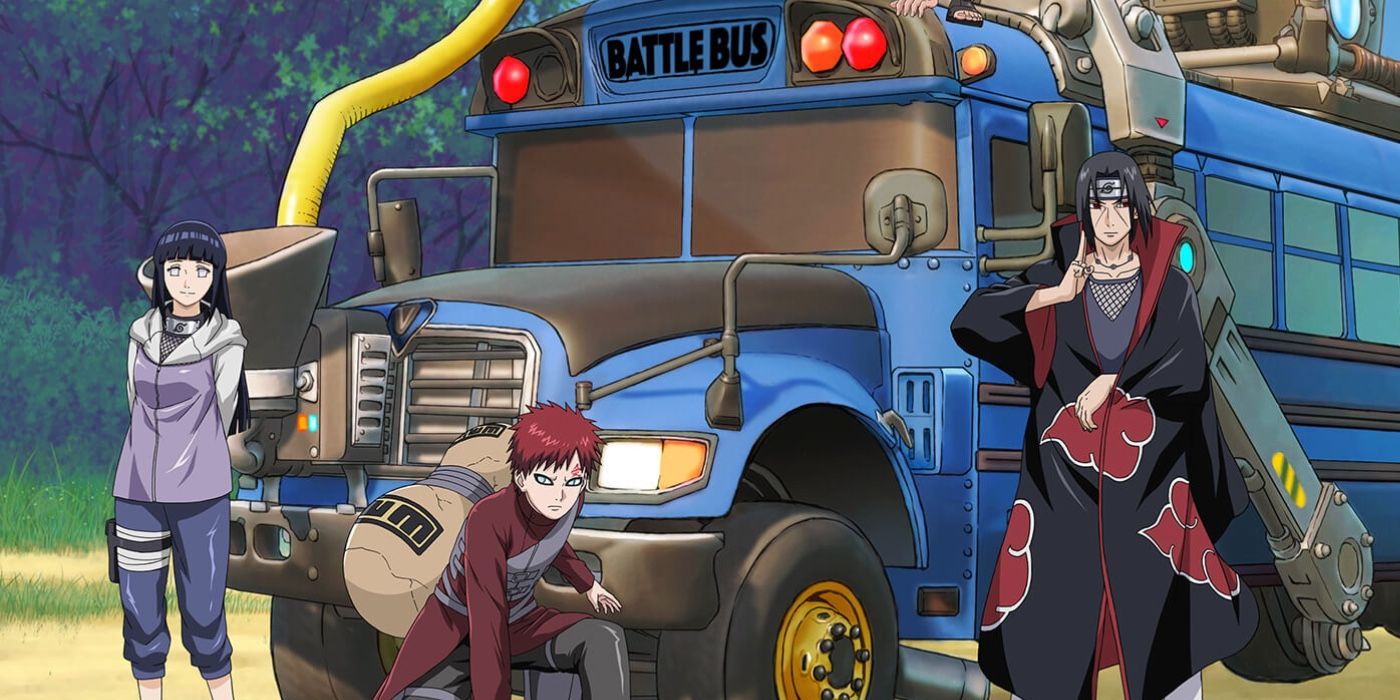 As announced on the official Fortnite blog, Epic’s popular multiplayer shooter is once again collaborating with Masashi Kishimoto’s popular shonen anime and manga franchise. While the first cross over between the two properties added Naruto, Sasuke and Sakura to the battle royale, this latest event will let players dress up their avatars as several popular members of the ninja epic’s supporting cast, including the post-time skip version of Naruto’s future wife, Hinata Hyuga, as well as the sand-wielding villain-turned-hero, Gaara. The star of the new event, though, is Itachi Uchiha, the older brother of Sasuke. Itachi will be available with two different costumes: the Anbu black-ops uniform he wore the night that he murdered the rest of the Uchiha clan, and the iconic Akatsuki robes that he donned after going rogue.

RELATED: Boruto: One Amado Theory Was Disproved – but Another Could Revive Naruto’s Nastiest Villain

Not to be left out, the members of Team 7, as well as their mentor, Kakashi, will also return to the game to hand out quests that will let players earn XP and unlock new Naruto-themed areas, including the Final Valley where Naruto and Sasuke held their climactic last duel, and a space within Naruto’s mind where players will be able to meet Kurama, the Nine-Tailed beast. Additionally, players will be able to unlock or purchase new pieces of gear from the anime and manga series, such as Anbu masks, Akatsuki-skinned weapons and a backpack item that resembles Gaara’s sand gourd.

The crossover event wil go live on June 23 and will be available until July 7.

RELATED: Spider-Man’s New Fortnite Costume Has Its Roots In an In-Continuity Armor

Kishimoto originally created Naruto in 1999. The series tells the story of the titular young boy, who is shunned by his people for the dangerous beast sealed within his body, but who nonetheless dreams of earning their respect by becoming the Hokage, the most powerful ninja in the village. Alongside One Piece and Bleach, the story was one of Shonen Jump’s “Big Three,” a title given to the three most popular franchises of the era and would ultimately go on to become one of the best-selling manga of all time, with over 250 million copies in circulation worldwide.

The manga was adapted into two separate anime series, the original Naruto and its post-time skip continuation, Naruto Shippuden, which are both available for streaming on Netflix, Hulu and Crunchyroll. A sequel series, Boruto: Naruto Next Generations is currently still on-going: new chapters of the manga are released on a monthly schedule by VIZ Media, while new episodes of the show can be streamed through Crunchyroll.