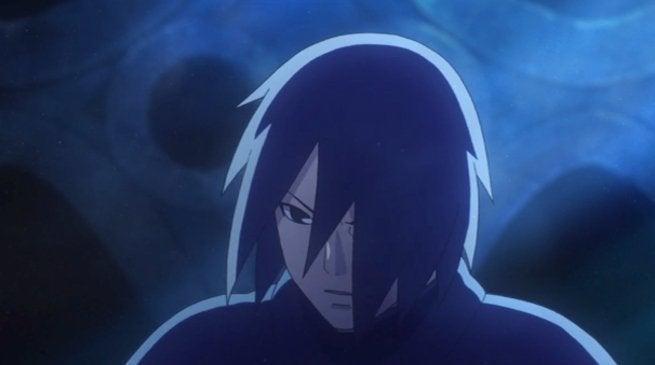 The latest update from Boruto: Naruto Next Generations has gone live, and the calm before the storm has come. Code’s ambush on Kawaki has ended, but the villain is not ready to give up on his plans to avenge this mentor. Of course, Boruto is going through his own rough patch now that Momoshiki has fully integrated with the boy, and the surprise combination has prompted Sasuke to deliver new orders to his student.

The whole thing went down this month when Boruto: Naruto Next Generations released its new chapter. It was there fans were shown all they needed to know about Code’s ambush and its fallout. Boruto is alive only thanks to his seal’s resurrection while Kawaii sleeps on in a coma. Sasuke even shows up to brief his allies on Code, and it is there the Uchiha learns his student did technically die.

According to Shikamaru, the news is being kept entirely quiet until Naruto decides how the Hidden Village should react. Kawaki might have been trying to protect the Hokage preemptively, but that doesn’t negate the fact he murdered Boruto. Naruto knows his son approved of the act, but judging by Sasuke’s reaction, he isn’t thrilled by the news.

This is definitely where his protective stance on Boruto comes from when he finally meets up with the boy. Sasuke warns Boruto to avoid being alone at all times because the target on his back is now impossible to miss.

“[Code] can appear unexpectedly. Don’t go anywhere alone, even within the village. Though I’m one to talk,” Sasuke shares.

Clearly, the Uchiha has forgiven Boruto for the damage done to his Rinnegan. Momoshiki is the one who wanted the eye gone, and now, Boruto is being forced to carry on another bloodline. He’s got the power of the Hyuga, Uzumaki, and Otsutsuki coursing through his veins. The target on his back isn’t going away anytime soon, and Sasuke knows a thing or two about living under that strain.

What do you think about Sasuke’s return to the manga? Do you think his relationship with Boruto is getting better or worse? Share your thoughts with us in the comments section below or hit me up on Twitter @MeganPetersCB.