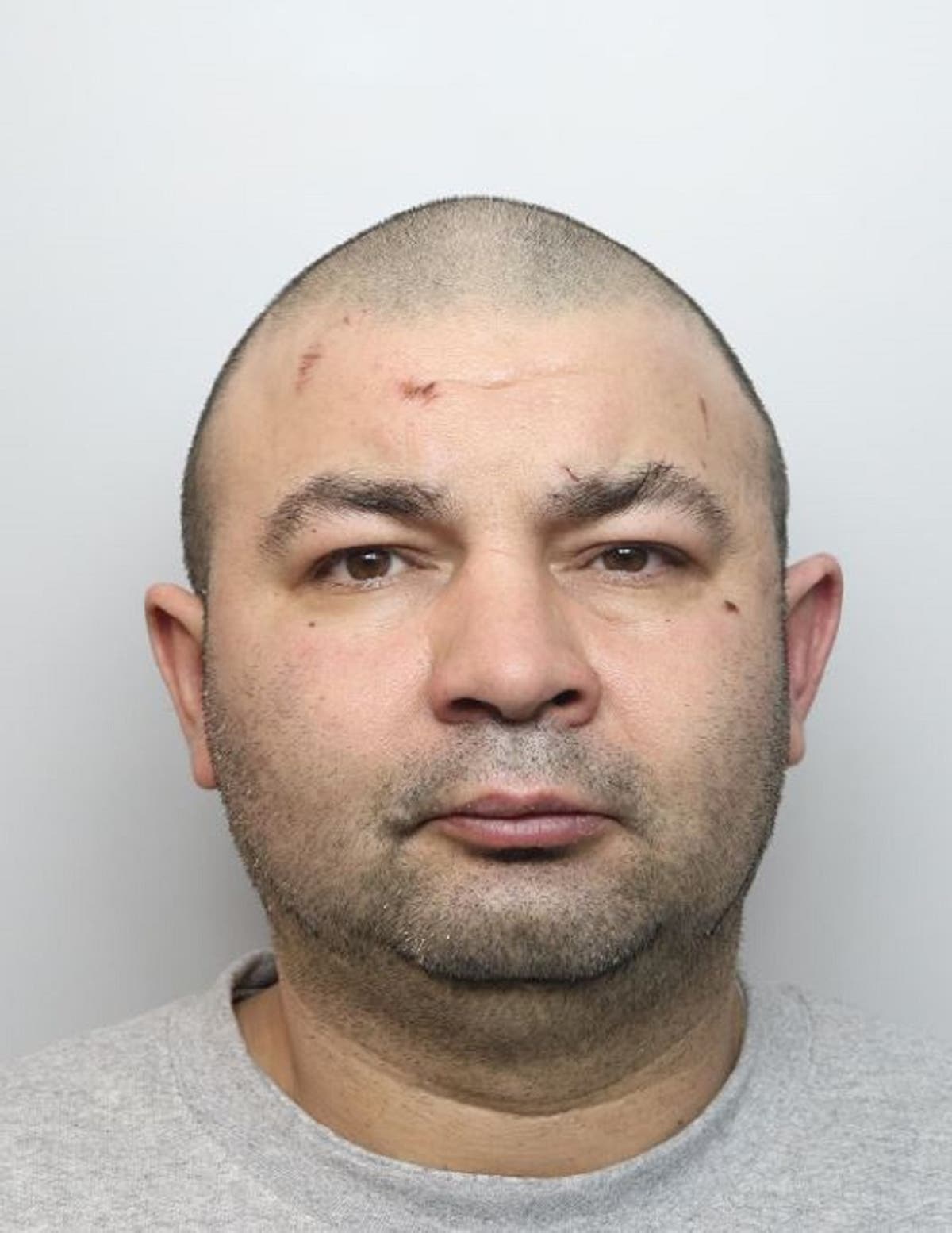 A convicted killer from Moldova is facing a life sentence after being found guilty of the “evil and depraved” rape and attempted murder of a stranger who he left for dead in an alleyway.

Sergiu Boianjiu, who came to Britain after serving ten years for the murder of his girlfriend in 2002, was caught on CCTV in February as he raped and repeatedly stamped on the head of a woman in Northamptonshire.

Footage recovered by police also showed Boianjiu, who thought he had killed the victim, leaving the scene to fetch a wheelie bin in which he tried to hide her apparently lifeless body.

The images also showed the badly-injured woman – who Boianjiu wanted to “eliminate” as a potential witness – being discovered by a passer-by after several hours lying in the rain and cold.

A two-week trial at Northampton Crown Court was told the woman was attacked near a church as she walked home from a night-out in Wellingborough at about 5am.

She was subjected to a 40-minute ordeal, suffering a life-threatening brain injury, and could remember nothing of being attacked in what prosecutors described as acts of “desolating wickedness”.

Jurors unanimously convicted Boianjiu of attempted murder and a count of rape on Friday after deliberating for around three hours.

He was found not guilty of a second rape charge, having already admitted attempted rape.

Adjourning the case for sentence on a date within the next six weeks, Judge David Herbert QC told Boianjiu: “I will have to consider the imposition of a life sentence in your case given the seriousness of the offences you have been convicted of, and your previous conviction for murder.

“I need to reflect on the appropriate sentence in your case and the defence want to prepare their submissions ready for your mitigation.

“In the meantime, you will be remanded in custody.”

Boianjiu, 38, of Melton Road North, Wellingborough, showed no obvious emotion in the dock as he was found guilty.

It emerged during the trial that the heavily-built construction worker was convicted of theft from a school and “deliberate murder” at Moldova’s Riscani district court on October 9 2009.

His lawyers attempted to prevent jurors from being told any details of the previous conviction for killing 19-year-old Ludmila Nour, whose body was hidden in a drainage shaft in a forest.

Boianjiu’s QC claimed the conviction would assume a prejudicial dominance and be “an enormous knockout blow” in the trial, but it was ruled to be admissible after legal argument.

A translation of a record of Boianjiu’s murder trial stated: “On the 18th of August 2002 at approximately 3pm, the defendant was in a park near lake Gusinaia Balca in the county of Chisinau together with a woman, Ludmila Nour.

“The defendant hit this woman several times with his hands and feet over various parts of her body, causing her bodily wounds which led to her death.

“After that, in order to conceal this crime he threw her dead body in a drainage shaft in the park and then fled the scene.”

Jurors were also told that Boianjiu, a former school caretaker, travelled to Moscow and Vladivostok in Russia and was not extradited back to Moldova until 2008.

Court documents from Moldova showed that the cause of Miss Nour’s death could not be established but she was found to have suffered “blunt trauma” to the ribcage including seven fractures.

Boianjiu was released early from a 14-year sentence on July 6 2018, but the trial was not told how or when he entered the UK, or what checks were done to establish his past history.

His trial heard that he was observed groping women in a nightclub hours before the offences.

During his closing speech to the jury, prosecutor Gordon Aspden QC said: “The ugly truth here is that this exceptionally dangerous man, for his own selfish reasons, chose to carry out an attack of quite desolating wickedness against a complete stranger.

“His intention was to rape and ultimately to kill her. His behaviour was evil and depraved.”

Mr Aspden said Boianjiu, whose victim spent several days in an intensive care unit, was arrested sitting in a friend’s car, hours after returning to his shared occupancy home.

Witnesses who lived at the property said Boianjiu was seen washing his clothes and tried to explain away fresh scratches to his face and hands by claiming he had been mugged.

Detective Chief Inspector Liz Wilcox, the senior investigating officer in the case, said: “Sergiu Boianjiu is an incredibly dangerous man who presents a real risk to the women in our communities.

“Getting justice for this young woman was hugely important to all of us and we are therefore very pleased, as a team, to see the jury come back with this decision today.

“This case will remain in many of the minds of those who worked on it long after today, not least that of the young woman subjected to this abhorrent crime who has shown incredible bravery. I hope she finds some comfort in today’s verdict.”