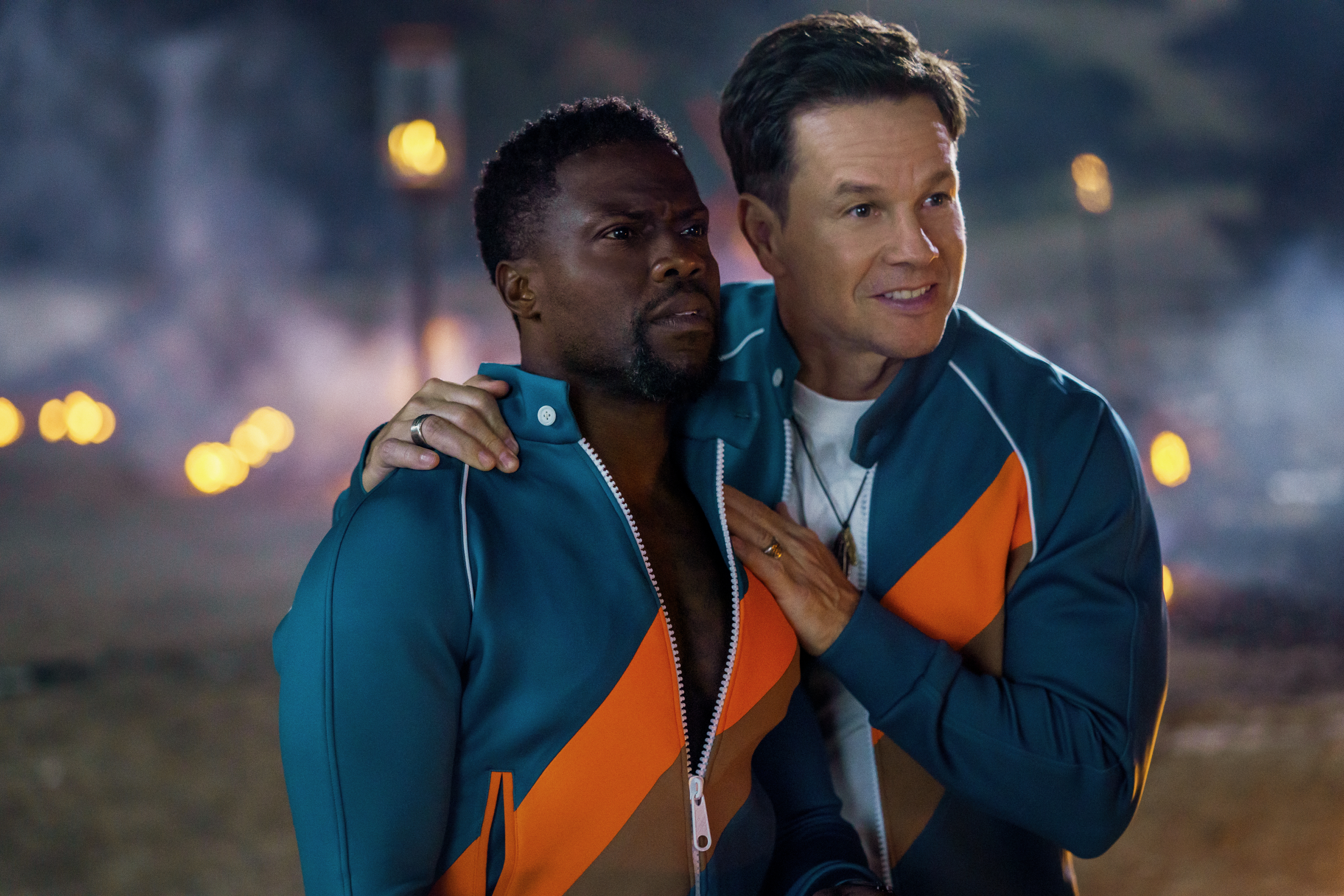 There is a scene early on in Me Time, the new Netflix comedy from writer-director John Hamburg, that feels like a perfect encapsulation of the film itself. It goes a little like this: After making a series of impulsive decisions, a formerly adventurous stay-at-home dad (played by Kevin Hart) finds himself in the desert with only a bucket for a bathroom. When he goes to use the bucket for the first time, he suddenly finds himself alone in a stand-off with a hungry mountain lion.

The sequence’s premise is effectively simple, and Kevin Hart is more than capable of elevating the absurdity of the situation by leaning into his character’s understandable fear. The scene, therefore, shouldn’t have any problem delivering the laughs that it promises. Unfortunately, the mountain lion that Hart’s Sonny is forced to face off against just so happens to have been brought to life with some of the worst CGI you’ll likely see in any film this year.

And therein lies the disappointing truth of Me Time. The film has all the ingredients that it needs in order to be a successfully absurd farce in the same vein as many of the studio comedies that were released throughout the early and mid-2000s. However, rather than taking full advantage of its talented performers and easy set-ups, Me Time drowns all of its best elements in a sea of half-formed ideas and unfinished gags, none of which truly gel together.

Written by Hamburg, Me Time fits easily within the rediscovering-your-youth comedy subgenre that Hollywood’s major studios used to routinely traffic in. The film picks up with Hart’s Sonny, a longtime stay-at-home dad, when he unexpectedly finds himself alone for a week without his kids or wife Maya (Regina Hall). Feeling pressured to make the most of his time alone, Sonny decides to reunite with his former best friend, Huck (Mark Wahlberg), for a wild birthday celebration that is destined to take more left turns than Sonny could ever imagine.

The film’s opening flashback to one of Sonny and Huck’s previous adventures quickly — and quite messily — sets up the kind of zany adventures that the duo used to get into before the former decided to settle down with his family. Sonny and Huck’s reunion never provides the kind of high-wire thrills that Me Time’s prologue sets up, though. Instead, Hamburg’s script zooms through Me Time‘s plot without ever slowing down to let any of the movie’s set pieces breathe, which renders them all significantly less effective than they might otherwise have been.

The film rushes through its first act, establishing Sonny’s middle-aged life as an elementary school PTA president, as well as his concerns about his wife’s slightly flirtatious relationship with one of her clients, Armando (Luis Gerardo Méndez), within the span of a few minutes. If the film’s second and final acts were better, then the breathless way Hamburg treats Me Time’s first third might be more forgivable.

The problem is that Me Time maintains its screwball pace for the entirety of its runtime. While doing so allows the film to keep up a constant sense of forward momentum, it also highlights the half-formed nature of so many of Me Time’s set pieces and twists. What’s even worse is that Hamburg doesn’t even follow through on the promise of Huck’s outsized 44th birthday party. The event is initially set up to be the centerpiece of Me Time, but it’s ultimately abandoned a third of the way through the film’s second act.

Huck’s birthday is then followed by a series of accidents, poor decisions, and surprisingly inconsequential comedic gags, all of which feel disappointingly familiar and clichéd. Additionally, the film’s biggest plot beats are so loosely connected that it’s difficult to remember how Me Time even gets from one to the other throughout its story. Consequently, rather than feeling like a coherently madcap story about one man’s misguided attempts to reclaim his youth, Me Time ends up coming across more like the first draft of a studio comedy you’ve already seen a hundred times before.

The film’s senseless plot leaves its actors utterly stranded as well. Mark Wahlberg, in particular, falls flat as Huck, who easily ranks as one of the most underwritten and thinly sketched characters that the Fighter and Ted star has ever played. Despite ranking as one of Hollywood’s most charismatic and charming actresses, Regina Hall is similarly given little to do as Maya, the successful wife to Hart’s childish Sonny.

The fact that Hall, Wahlberg, and Hart are all wasted in Me Time is ultimately indicative of just how unsuccessful the Netflix comedy truly is. It’s not only a forgettable attempt at doing what hundreds of other movies have already done better, but it’s not even capable of giving Regina Hall and Kevin Hart a single memorable scene together. In other words, don’t let its invitingly short runtime fool you — there are a dozen better ways you could kill a couple of hours this weekend than by watching Me Time.