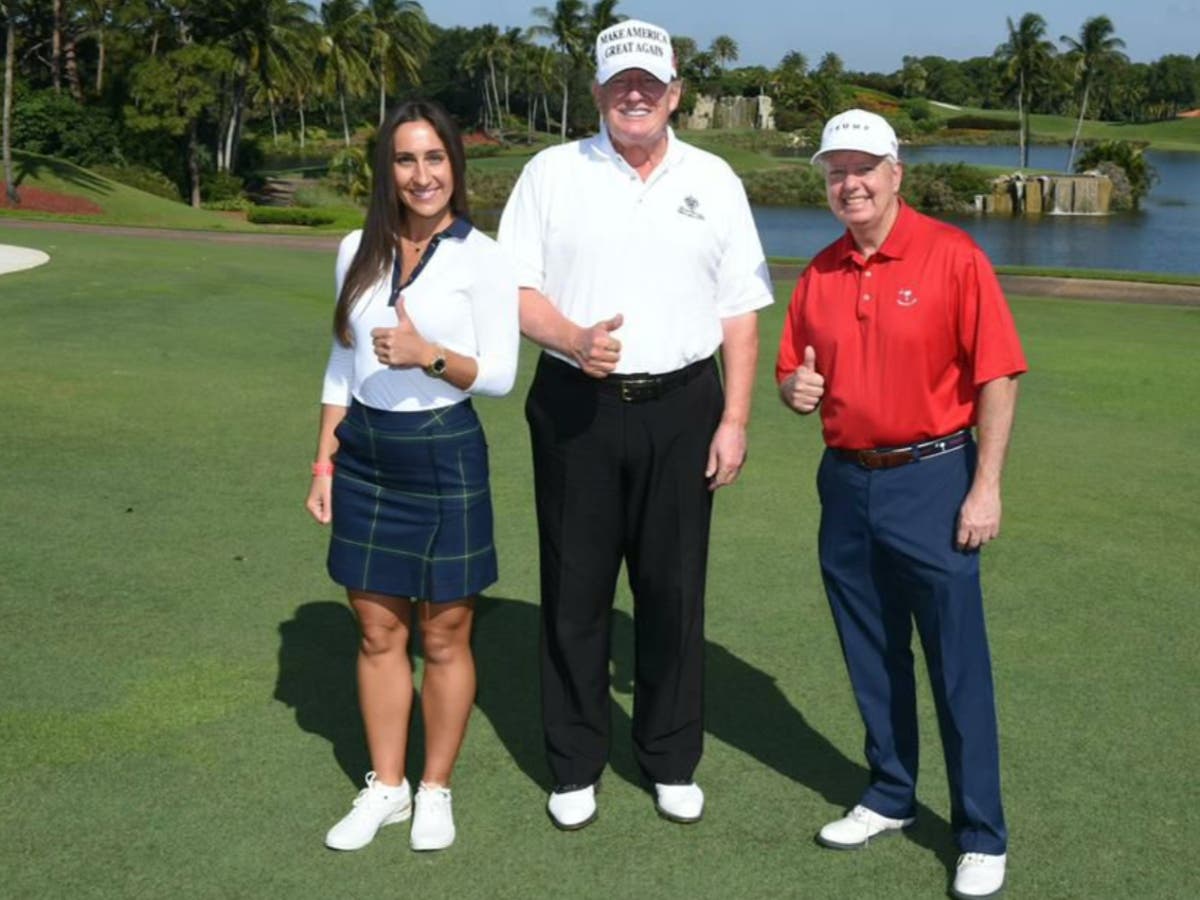 At a time when former President Donald Trump is under the microscope for hoarding sensitive government documents, another bizarre security flaw at his Mar-a-Lago home has been revealed — a woman, claiming to be an heiress from a famous European banking dynasty, visited the seaside golf resort on numerous occasions, mingling with guests including Mr Trump.

The woman, however, was not a wealthy heiress, but instead a Ukrainian born daughter of a truck driver in Illinois, and with an alleged shady background connecting her to charity scams and organised crime.

The Pittsburgh Post-Gazette and the Organised Crime Corruption and Reporting Project documented the strange and troubling story of “Anna de Rothschild”, the woman who claimed be a member of the Rothschild banking family that charmed her way onto Mr Trump’s property and into the power centre of the Republican party.

The paper’s investigation has found evidence suggesting Ms de Rothschild is actually 33-year-old Inna Yashchyshyn, a Ukrainian woman who immigrated to the US with her family, and who is now the subject of an FBI investigation that deals both with her alleged false identity and claims she was involved in financial schemes.

The fact that someone could apparently scam their way into a centre of US power — as Mar-a-Lago has become thanks to Mr Trump — is worrying enough. Adding to that concern is the fact that she had access to a facility where, as is now known, sensitive US government documents were being stored.

“That’s his residence,” Ed Martin, a former US Treasury special agent who spent more than two decades in criminal intelligence, told the Pittsburgh Post-Gazette. “She shouldn’t have been in there.”

The paper managed to speak with Ms Yashchyshyn, who claims she is the victim in all of this. According to her, she did not know Ms de Rothschild and says she believes there “is some misunderstanding.”

She claimed she met with FBI agents on 19 August and that a number of identification documents, including drivers licences and passports, bearing her photo and Ms de Rothschild’s name, were fabrications. The identifications suggest Ms de Rothschild was living at a $13m mansion in Miami Beach, despite there being no evidence she ever resided at the address.

“That’s all fake, and nothing happened,” she told the paper.

John LeFevre, a former investment banker who met the woman at Mar-a-Lago, told the paper that her alleged act was a “near perfect ruse” and that “everyone was eating it up” at the club.

The Secret Service would not confirm to reporters if they were investigating the woman.

“To maintain the operational integrity of our work, we are unable to comment specifically concerning the means, methods or resources used to conduct our protective operations,” said Steven Kopek, a special agent and spokesman, in a statement to the paper.

Charles Marino, a former Secret Service supervisor, told the paper that it needed to be determined if the apparent ruse was a “fraud or an intelligence threat.”

“The fact we are asking this question is a problem,” he said.

While she is insistent that she is not Ms de Rothschild, Ms Yashchyshyn is the subject of criminal investigations by both the FBI and a major crimes unit in Quebec.

The information about her alleged trips to Mar-a-Lago arose during a court battle between her and a former close associate, Valeriy Tarashenko. Mr Tarashenko is a 44-year-old Russian-born businessman now living in Florida.

He reportedly allowed her to live at his home in Miami in return for looking after his children while he was away on business. Mr Tarashenko later accused Ms Yashchyshyn of abusing his children, a claim she vehemently denies.

Mr Tarashenko reportedly met with FBI agents twice and told them about her visits to Mar-a-Lago and her interactions with Mr Trump, Senator Lindsey Graham, and former Governor of Missouri Eric Greitens.

She has since claimed that any efforts by her to secure funding was done at Mr Tarashenko’s direction, claiming that “I am the victim right now.”

Ms Yashchyshyn is also under investigation for alleged financial fraud related to a Miami charity called United Hearts of Mercy, which used the same name as a charity in Canada founded by Mr Tarashenko.

She acted as president of the charity, but one of the group’s payment processors, Stripe Inc, suspected fraud and refused to take their money.

The charity stated it aimed to help families struggling during the pandemic.

The group’s accountant, Tatiana Verzilina, told the paper that near the end of their campaign she began getting threatening phone calls from individuals with accents saying they would kill her and her family if she didn’t free up the funds for their use.

Another man who spoke to the FBI and the Pittsburgh Post-Gazette, Sergey Golbuev, said he agreed to a fake marriage with Ms Yashchyshynto help her obtain US residency.

The FBI investigation in Ms Yashchyshyn, her alleged financial crimes, and her alleged fake identity as Ms de Rothschild is ongoing.