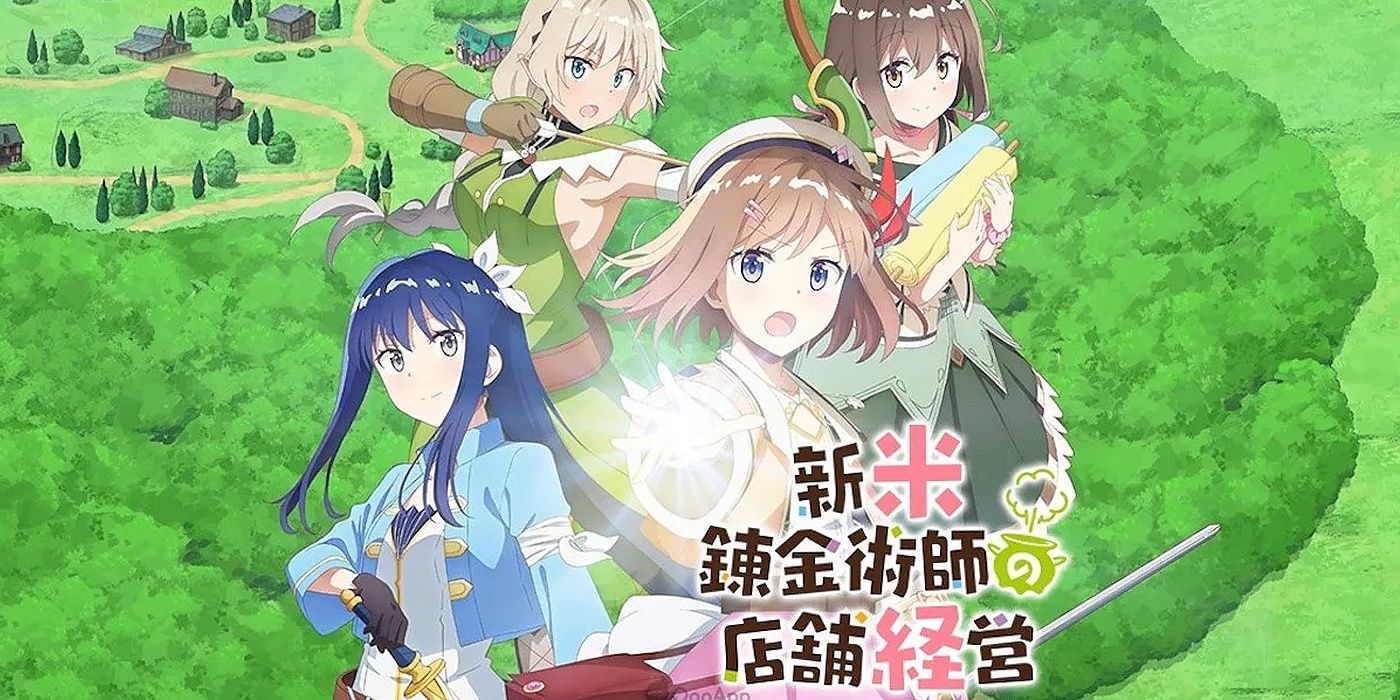 The Fall 2022 anime season is right around the corner, and there is some fierce competition to see which titles will dominate. Huge series such as My Hero Academia, Spy x Family, Chainsaw Man and Bleach are all season highlights, but humble, charming anime like the upcoming Management of a Novice Alchemist are perfectly content to do their thing on the side.

Management of a Novice Alchemist may not become anime of the year, but like its humble, hardworking heroine Sarasa Ford, this series is perfectly happy to set up shop in the shadow of those bigger anime titles and spread joy to all fans who tune in for this fantasy adventure. Sometimes anime lovers need a break from the blockbuster titles, which is where cozy stories like Novice Alchemist come in.

The Plot & Characters of Management of a Novice Alchemist

Two trailers from AniTV+ did a fine job introducing curious anime fans to the world, characters and basic plot of Management of a Novice Alchemist. Young Sarasa Ford’s hardworking parents died when she was little; they had once run an alchemist shop, inspiring Sarasa to follow in their footsteps. She may be an orphan, but her parents and their love of benevolent alchemy are still with her in spirit, prompting Sarasa to enroll at an alchemist school.

Five years later, she has graduated and already has some exciting — and challenging — work lined up. Sarasa’s life is now busier than ever, and she’ll need all her wits, alchemy ingredients and entrepreneurial skills to succeed as a professional alchemist in the real world. Her adventure is just beginning, as any real-life graduate will know all too well.

Sarasa finds herself working at a remote, run-down alchemist shop, and it’s her job to fix it up and make it successful and profitable. This is a challenge like no other, and Sarasa isn’t sure she’s up to it, but this clever young lady will give it her best shot. She’s also got friends to support her, including the charming Lorea, the sword-slinging warrior Saori Onishi and the expert archer Nanaka Suwa, among others. They also have the experienced alchemist Ophelea Bills to guide them as the master, and Sarasa the apprentice has much to learn from her. With any luck, the hardworking, optimistic alchemist apprentice Sarasa can launch her own business, prove her worth and take flight as a successful shop owner.

RELATED: Bleach: What to Know Before the New Season Starts This October

Where to Watch Management of a Novice Alchemist

The upcoming anime of Management of a Novice Alchemist is slated to hit screens on October 3rd, making it one of the first Fall 2022 series to begin airing. Produced by Studio ENGI and Kadokawa, the anime will be shown in the West via the streaming giant Crunchyroll.

Fans may also note that neither the original light novels nor the manga adaptation are available in English just yet, so Management of a Novice Alchemist is anime-only for now. That said, it’s certainly in good hands with director Hiroshi Ikehata, who also directed the rom-com title TONIKAWA: Over the Moon For You, with music from Shigeru Murakoshi, who composed the beloved OST for Zombie Land Saga.