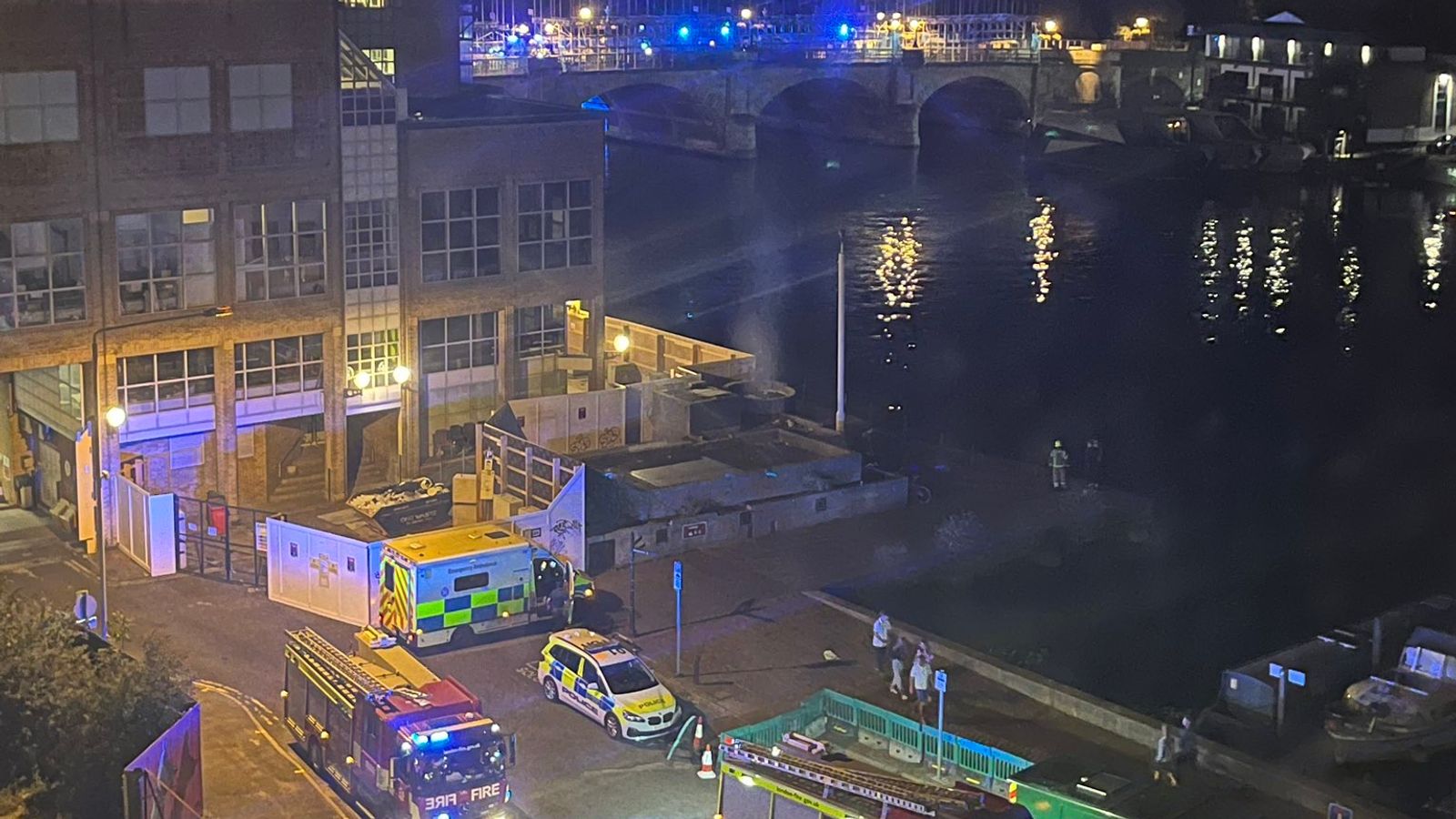 A man has died after falling from a bridge into the Thames while he was being arrested, police have said.

A patrol car was flagged down to stop where a man and woman were involved in a “verbal altercation” on Kingston Bridge in southwest London at around 10.30pm on Friday night.

After an allegation of theft, officers began arresting the man – but he entered the water.

Police say the man, who is thought to have been in his 20s but has not been publicly named, was not in handcuffs at the time.

The fire brigade, RNLI, the Metropolitan Police’s marine unit and a helicopter were called to help rescue the man and his body was pulled from the water around two hours later.

Paramedics tried to resuscitate him, but he was pronounced dead. His family has been told.

A cordon is still in place on Kingston Bridge, and inquiries are continuing.

The incident has been referred to the Independent Office for Police Conduct, the police watchdog.

Deputy Assistant Commissioner Laurence Taylor said: “My thoughts, and those of the Metropolitan Police Service, are with the friends and family of the man who has sadly lost his life following this incident.

“I fully appreciate the public will be very concerned. We of course share that concern.”