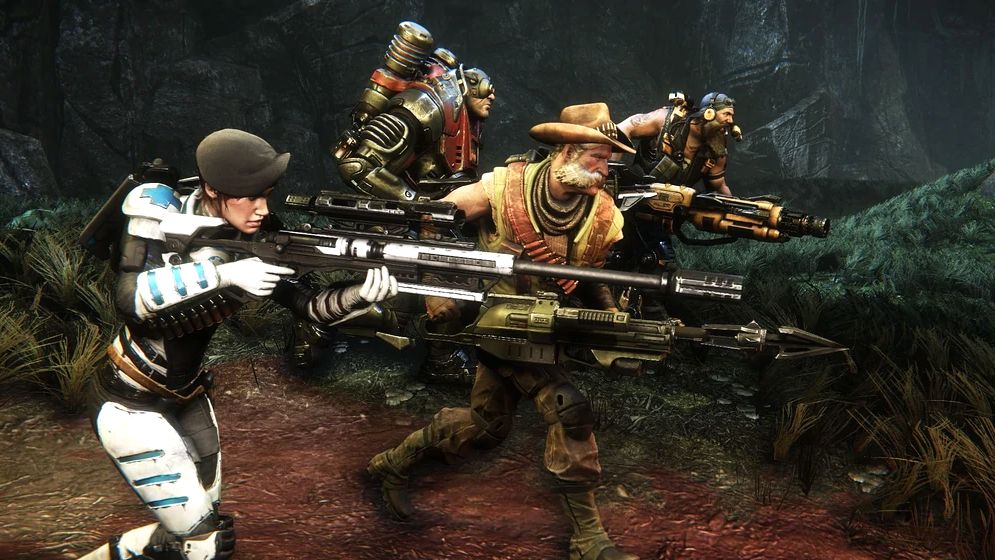 Seven-year-old multiplayer shooter Evolve recently received a second wind, but developer Turtle Rock Studios reckons its ill-fated follow-up to Left 4 Dead might have stood a better chance of survival if it had been released today.

The asymmetric competitive shooter – in which four players face off against a mutating, player-controlled monster – was all but shuttered only a few years after its release in 2015. After initially gaining critical traction, Evolve was relaunched with a free-to-play model a year after launch, before its dedicated multiplayer servers were taken offline in 2018.

But it’s seen a resurgence in recent weeks. After publisher 2K resurrected Evolve’s peer-to-peer servers, the game’s player numbers rocketed above anything it had seen over the past few years.

Speaking to TechRadar Gaming, director Phil Robb reckons that resurgence is owed to loyal fans, but also influenced by the gaming industry at large. With gaming’s shift towards team-based shooters like Overwatch 2, and the popularity of free-to-play shooters such as Fortnite, he thinks Evolve might have been spared its demise in today’s climate.

“Evolve might have been a bit ahead of its time and might have a better shot today than it did in 2015 if it properly launched with a different business model,” says Robb.

“Unfortunately, being ahead of one’s time isn’t always a good thing, since that won’t keep the lights on. I think if Evolve was launched today as a free-to-play game, it would have a much better shot.

“Also, given the number of team-based games that have launched since Evolve, I think audiences now probably will have an easier time understanding how it works than they may have back at launch.”

When Evolve hit shelves back in 2015, its microtransactions were quickly derided by fans and critics. As Polygon reported at the time, more than $60 – about £50 / AU$85 – worth of DLC was excluded from its season pass, which already set players back $24.99 – about £20 / AU$35. Although not out-of-place among the monetization models of today’s live-service games, its pricing structure soured the enjoyment of fans who’d otherwise praised its team-based gameplay.

In Evolve, players have to coordinate class-specific abilities across vertical, fast-paced gunfights, while surviving sporadic attacks from the stealthy enemy Monster. That beastie, meanwhile, will gradually evolve into a more powerful version of itself, unlocking new abilities across a single match.

“It’s tough to point to any one particular thing that kept Evolve from sustaining an audience long-term,” says Robb. “Certainly, the way Evolve was priced and pre-sold did not help, nor did the DLC fiasco, but there were also design aspects that back in 2015 may have been tough for larger audiences to understand.

“Evolve’s hunters, in particular, really did have to play correctly as a team for a match to be enjoyable. If everyone is not playing their part well, the game just breaks down.”

While Evolve’s player count is tailing off again, its brief surge in popularity still stands out as anomalous. In an industry dominated by live-service games that continuously reattract players through seasonal updates, it’s unusual for a stagnant, seven-year-old title to receive a spike of interest.

“In 2015 and 2016, it was hard seeing Evolve fail to sustain a healthy community after pretty solid initial sales, so watching Evolve now get a bit of a redemption story is pretty great,” says Robb. “We’re also glad players who always loved the game get a chance to play again.”