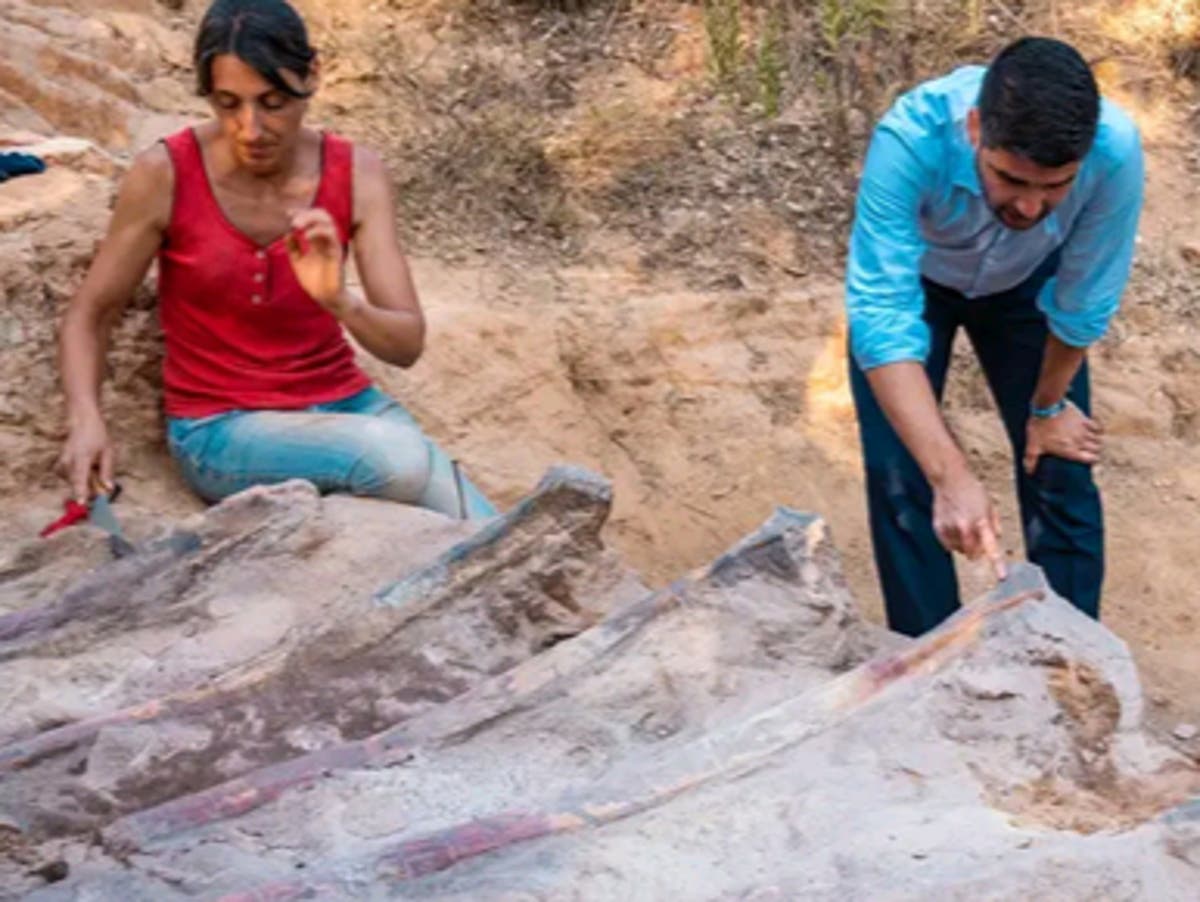 A fossilised 82ft dinosaur skeleton has been uncovered in a man’s back garden in Portugal.

The fossilised remains were found in the city of Pompal in 2017, when a man noticed parts of the dinosaur when getting construction work undertaken at his property.

Portuguese and Spanish palaeontologists excavated the dinosaur in August and believe it is a sauropod, which were herbivorous, four-legged creatures who had long necks and tails.

They lived during the Upper Jurassic period was which around 150 million years ago.

Elisabete Malafaia, post-doctoral researcher at the Faculty of Sciences of the University of Lisbon, told the Phys.org website: “It is not usual to find all the ribs of an animal like this, let alone in this position, maintaining their original anatomical position.”

“This mode of preservation is relatively uncommon in the fossil record of dinosaurs, in particular sauropods, from the Portuguese Upper Jurassic.”

The skeleton measured 39ft high and 82ft long. The remains are now being studied by an international research team.

It comes just a month after researchers found the footprints of two sauropod dinosaurs dating back by about 100 million years at the outdoor courtyard of a restaurant in southwestern China.