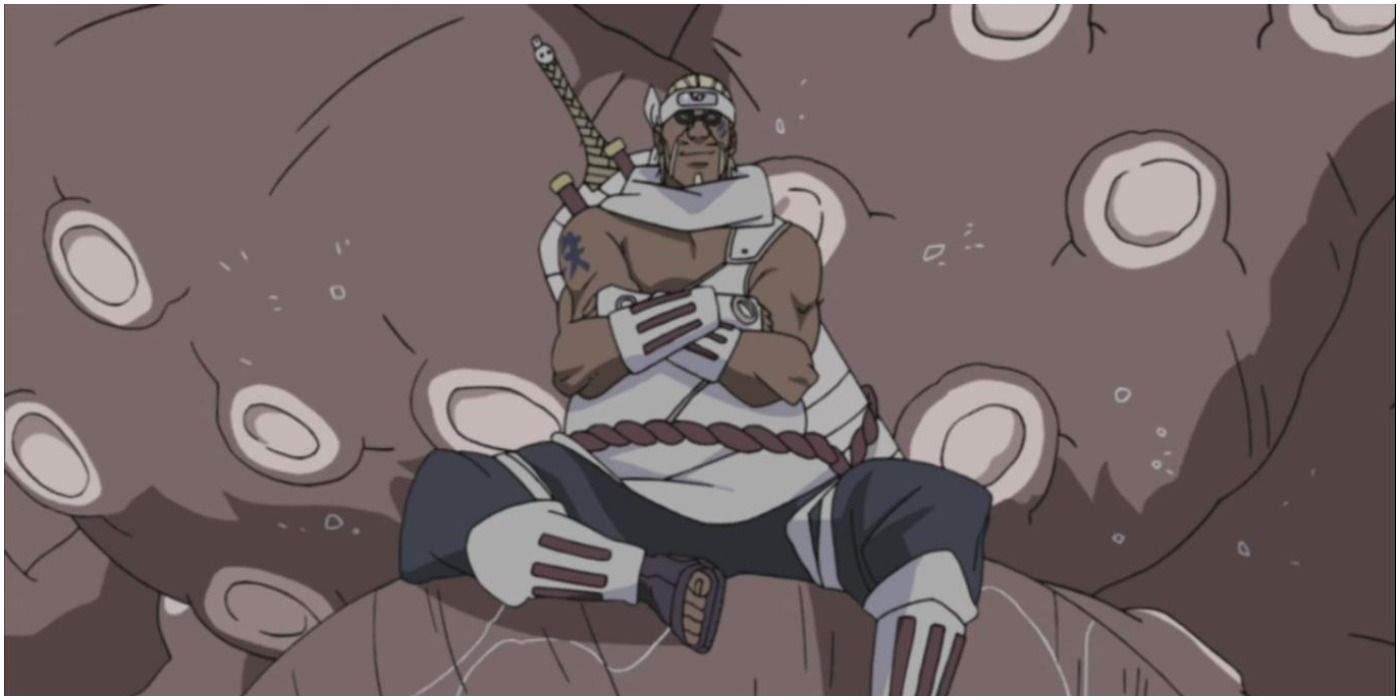 One of the most important aspects of a shonen anime is the appeal of the main character. There are certain tropes a shonen hero regularly encompasses — a difficult childhood, a natural talent, the resolve to work hard and a desire to follow their own dream. More often than not, the hero is headstrong and defiant. Shonen manga is full of such iconic heroes; Ichigo Kurosaki from Bleach, Natsu Dragneel from Fairy Tail, Son Goku from Dragon Ball Z and the blonde-haired, nine-tailed jinchūriki himself, Naruto Uzumaki.

Naruto is not the only character in the Naruto manga who fulfills the expected criteria of a shonen hero. Killer B, the jinchūriki of the eight-tailed beast, experienced much of the same journey as Naruto, and suffered similar trials he needed to overcome. Whilst there are certain aspects of both characters that are similar between Killer B and Naruto, their paths diverged and the two characters grew into vastly different people. Killer B may have become a mentor for Naruto, but it was the journey that led Killer B to be in the position to impart wisdom made him a shonen hero in his own right, on par or even having the capability to surpass Naruto Uzumaki himself. RELATED: Naruto: Tsunade’s Zodiac Sign & How it Defines the Fifth Hokage

The Beginning of Killer B

Killer B was selected from a collection of children to be A’s tag-team partner in combat, as he showed great potential and skill at a very young age. Following his new appointment, he was chosen as the next eight-tailed jinchūriki after it had broken free from its previous seal and rampaged in Kumogakure village. Just as Naruto, Killer B was the victim of peoples’ distrust, disgust, and dismay as a jinchūriki. He was ostracized for something he had no blame for, but his resilience to the abuse kept him optimistic and joyful, showing the world he would not fold to the pressures of solitude.

His childhood friend, Motoi, lost his father to the eight-tailed beast before it was sealed into Killer B. In response, Motoi attempted to take Killer B’s life in the hope of killing Gyūki in the process. Though the attempt was thwarted by Killer B, he did not react as someone who was almost assassinated would. He was able to perceive the feelings and views of others, and understood that it was not only himself who suffered with the weight of responsibility of his new duty, but also those had lost loved ones to the monster inside him. This introspective skill Killer B wielded laid the groundwork for his growth of a hero, even if later on he stumbled from the path towards selfishness. Though, all heroes stray at some point in their journey. RELATED: Dragon Ball, One Piece and Naruto Come Together in Epic Ukiyo-e Fan Art

How Killer B Was Introduced In the Story

It was quite clear that by the time Killer B is introduced in the story, he had established himself as a dependable and powerful ninja, and had formed a bond with his tailed-beast unlike anything the series had shown so far. He had not suppressed Gyūki or been overwhelmed by the beasts power; they were in fact partners. The power he had under his control allowed Killer B to be an overconfident ninja without the concept of being defeated in combat. However, his brother had commanded Killer B to remain in the village as the Guardian of Kumogakure, and this restriction of his freedom festered into a personal need to escape and pursue his own dreams. Even as a hero of his village, no longer detested for having a monster sealed inside him, Killer B was still treated differently than his fellow ninja.

During Sasuke Uchiha and Taka’s attempt to capture Killer B for the Akatsuki, he half-heartedly handled them and used their battle as a ploy to escape the boundaries of his village. At this point, it is not obvious how much of a hero Killer B truly was. Since he was only recently introduced into the story at this point, he came across as more of a cocky powerhouse without much thought to others. As the story progressed and his past is revealed, it became clearer just how much of a hero Killer B was. Though, for the moment, he had discarded from his responsibilities and followed his selfishness of being a professional rapper. Whilst a dream is important for any shonen hero, the balance of responsibility and personal fulfillment is something all heroes struggle with. RELATED: Naruto: The Tragedy of Kisame Hoshigaki’s World of Lies

The Battle With Kisame and the Understanding of Duty

A turning point in the progression of Killer B came from his defeat at the hands of Kisame Hoshigaki. The brief showing of the jinchūriki’s combat prowess had patently cemented that he was exceedingly powerful, having very few qualms with overpowering one of the series main characters.

It was likely Killer B had rarely struggled with many opponents in the later years of his ninja career and that bred his overconfidence. Kisame, on the other hand, was a foe who was perfectly matched to defeat Killer B. The battle revealed Killer B’s good nature, as he attempted to protect Sabu and Ponta without hesitation or regard for his own safety. The true nature of Killer B had come through, and it showed he was, at heart, a good man.

For Naruto to master his tailed-beast, Killer B was required to help him learn and train the same way he did. He became a mentoring figure of the series, imparting the lessons he had learnt himself by traversing the same journey as the series protagonist. With a little pressuring from his brother, Killer B had returned from his attempt to achieve his personal desire and realized the importance of his position to help in the war effort. RELATED: Sasuke and Vegeta Share One Common Anime Trope – And It’s Not Their Rivalries

Killer B and his Purpose In the War

As the war raged and Naruto was none the wiser, Killer B was focused on training him and keeping him occupied. Though, when Naruto learned what was going on and left to join the battle, Killer B decided to join him and protect him, knowing that their presence was more valuable to help their comrades in the war than hiding. The moment Killer B overcame his brother A in a feat of strength, he broke free of the bonds of restraint and was free to be the hero he was destined to be, alongside Naruto.

Throughout the war, Killer B was an asset for the Shinobi Alliance, fighting alongside Naruto and activity being a credible threat the series antagonists, Obito and Madara Uchiha. All the trials he had faced through his life as a jinchūriki cultivated a ninja with the strength to stand at the top, and the interactions Killer B had with Naruto rekindled his wish to protect others with the power he had earned. He was not a special child from birth destined for greatness, such as Naruto or Sasuke, he was a natural ninja and genius who strived to harness the power forced into him. His optimistic outlook kept those around him confident in times of turmoil and his ability to perceive and feel people’s emotions helped him understand the hearts of others. RELATED: Attack on Titan’s Eren Copied Naruto’s Itachi to Save His Friends With the Rumbling

Killer B suffered the same tragic journey was Naruto, with a few particular differences. Whilst they were both orphans, Killer B was adopted into the Third Raikage’s family and established a family unit that Naruto never had. However, the impression of the family dynamic leans more towards a focus in combat readiness, rather than familial love. Becoming the eight-tailed jinchūriki would have only strengthened this impression due the jinchūriki being routinely classed as weaponry more than human-beings. Though, his bond with A is nothing short of brotherly love.

A series with Killer B as a lead would not have only been somewhat familiar with what was experienced in Naruto’s journey, there would have also been the added on to his arc, evolving from living life as a weapon, more than a discarded and secluded child. Not to mention the sheer hilarity and enjoyment Killer B brought to the scenes he was in. He is, by far, the most fun and entertaining character in the series with a depth of complexity which is expertly explored through his progression from boisterous, childish younger brother to an outstanding first defense against the forces of evil. To have followed the growth of Killer B from a child to well-respected ninja would have been rap-filled series of fun but emotional development. He was a shonen hero, through and through.