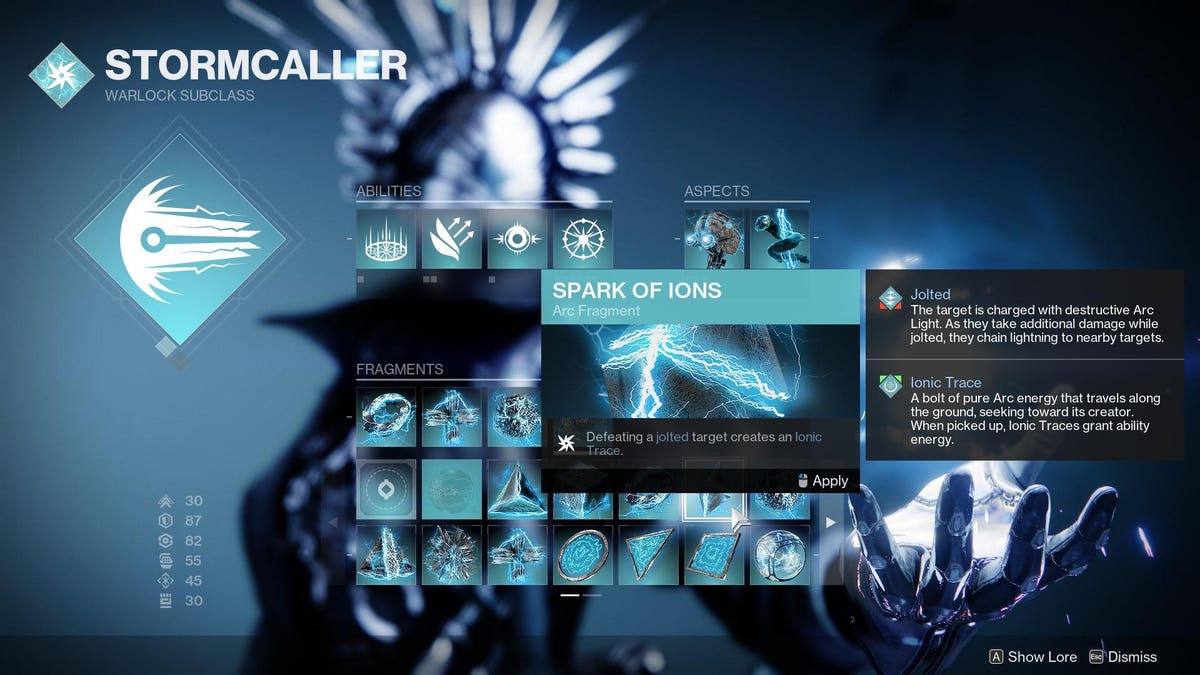 Last time we had to unlock Solar 3.0 fragments through a weird Destiny 2 community challenge, but this time around, it seems that four were disabled either because they thought they could cause trouble during the King’s Fall raid race, or Bungie just wanted to save something as a reward for when it was complete.

Here are the four new Arc 3.0 fragments, which you still will have to unlock at Ikora for 25,000 glimmer each, 100,000 glimmer total. And yes, that’s per character. So start farming some cash.

This is something you could use to feed into a charged with light build in addition to normal sources like weapon kills and super generating orbs. Considering how often you are amplified in Arc 3.0, this is potentially a whole lot of orbs.

This is easily the one I’m looking forward to the most on my Warlock build with Fragile Tomb and the Fallen Sunstar helmet. Tomb jolts enemies and creates traces by itself, so this seems like a whole lot more traces, which are boosted by Sunstar. Excellent.

There are a good amount of melee focused builds in Arc 3.0, including the Liar’s Handshake one I’m doing on my hunter. This also has the very, very coveted +10 Resilience bonus to it, the only one in this collection.

This is the one that seems the most out there to me. I have not noticed all that many instances where I’ve been blinding enemies. Jolting enemies is way, way more common. So you blind them, then need to kill them with precision damage to create another blinding explosion. I guess that could end up chaining, but for now, this is the one that I think I’ll probably use the least, unless someone figures out some brilliant way to utilize it.

Again, these are pricey. You literally cannot even afford to unlock them all on three characters because it’s more than the glimmer cap at 300K in total. Throw on some glimmer mods and farm yourself back up. I much prefer this method of unlocking after a raid to an arbitrary community challenge like last time, which I think was a well-intentioned idea that was kind of pointless in practice.

I am looking forward to slotting these into my builds today. Thanks World’s First team Elysium for getting these unlocked, and congrats on your three-peat.