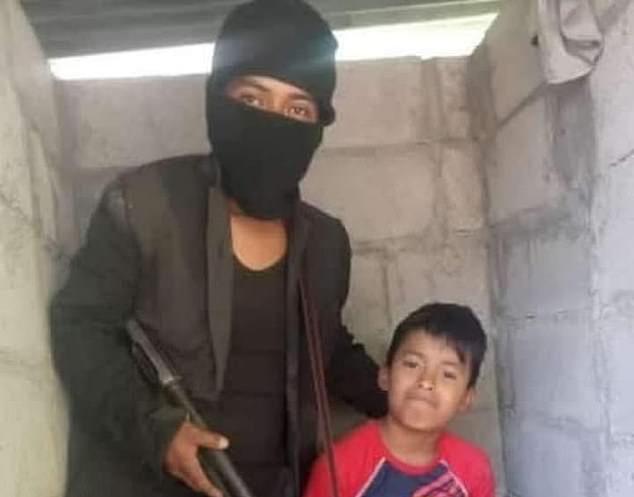 Three child kidnappers are burned alive by raging Guatemalan villagers following the murder of an 11-year-old boy after his parents paid a $19,000 ransom

By Adry Torres For Dailymail.com

Three kidnappers who abducted and killed an 11-year-old boy were dragged out of a Guatemala police station by villagers who set them on fire alive.

Ovidio Méndez, 24; Selvin Pérez, 24; and Samuel Godínez, 38, were killed Monday in the western town of Colotonango.

The suspects had abducted Freddy Méndez on August 12 and requested a $19,500 ransom in exchange for his release, according to the Guatemala National Police.

Investigators believe that the kidnappers targeted the boy because his father is currently living in the United States and frequently sent money back home to save for the construction of a new residence. 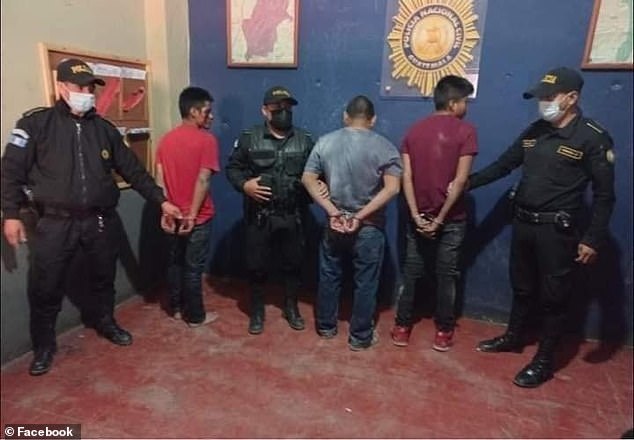 Police had three kidnapping suspects identified as Ovidio Méndez, 24; Selvin Pérez, 24; and Samuel Godínez, 38, after they were turned over Monday in the western Guatemala town of Colotonango. Cops at the precinct were overwhelmed by the amount of residents who showed up and dragged all three men out before beating and setting them on fire

As proof that Freddy Méndez was alive, the abductors sent his family a photo that showed one of the suspects holding a shotgun with the child by his side.

The family proceeded in paying the ransom, but the boy was never returned.

Angry residents captured the three suspects on Monday and turned them over to local authorities.

The group stormed the police precinct, overwhelmed the cops and took one of the men by force to a wooded area.

They beat him, dosed gasoline over his body, and finally set him on fire after he had confirmed that Freddy Méndez was dead from a shot to the head and buried in a pit. 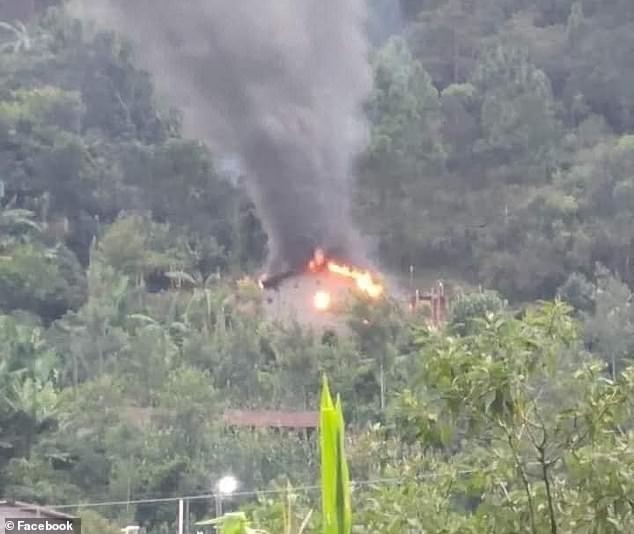 Smoke rises from a wooded area in Colotonango, Guatemala, on Monday after three kidnappers were killed by angry villagers after one of the suspects admitted Freddy Méndez was no longer alive 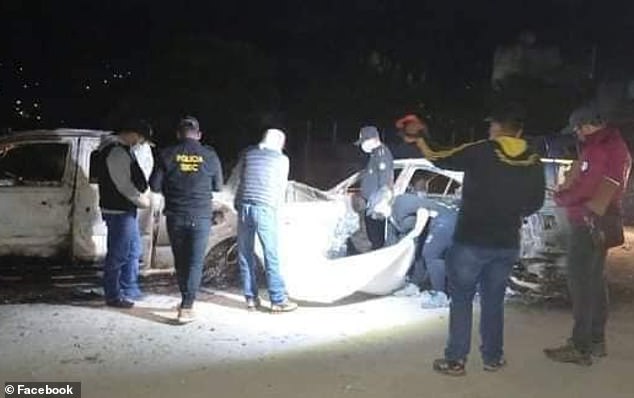 Seeking to serve additional justice by their own means, the villagers returned to the station and dragged out the two remaining suspects, and repeated the punishment all over again.

They also set fire to the home of one of the suspects.